There are 50% more entries than last year, from 34 countries and 5 continents.

BRNO/PRAGUE/CZECH REPUBLIC – More than 200 documentary films have been submitted to the 47th edition of the International Film Festival about the Environment EKOFILM. The programming team is currently selecting 25 most interesting films that will qualify to the final competition. Germany is leading with 37 submitted films, filmmakers from the United States submitted 34 films and Czech Republic is the third country with the most irons in the fire. Most of the films are European, but there are also films from exotic countries like Australia, Hong Kong, Chile, India, Kuwait or Iran. The selected films will compete in three categories – Beauty of Nature, Central European Films and Short Films.

“This year, we focus on themes connected with real issues at sites where man collides with nature or where man is trying to give back to nature her original space. We only have one planet. We nevertheless believe that there are many films among the submitted entries that deal with traditional themes of nature and climate change which our audience shouldn’t miss. Most of the entries come traditionally from Germany, but we were surprised that the United States with their 30 films had come ahead of the Czech Republic. The diversity of the selection is supplemented by cinematographic visions of filmmakers from Australia, Chile or Kuwait. The programming team will now spend several weeks of conscientious decision-making in order to prepare a selection of 25 films that will compete in the finals for prizes,” says the head of the programming team Jitka Kotrlová about this year’s edition of the festival.

The official motto of this year’s EKOFILM is “Address: Planet Earth”, which reminds us that we only share one planet.

“It appears that filmmakers are reacting very sensitively to environmental problems of today, which is reflected in their work. To select 25 films will be extremely hard, but it will be our EKOFILM audience who will benefit from it in the end because they will be able to see on the big screen the best of the best from today’s documentary filmmaking about the environment. Films will be accompanied by debates with experts, which will help the audience to reflect upon the main theme of this year’s edition, i.e. green architecture and smart city planning, in a wider context,” adds another member of the programming team Martin Čech.

The filmmakers also have a financial incentive to submit their films. The awarded films will get a bonus of about 2733 USD.

As every year, you will also be able to see all the festival films thanks to Echoes of EKOFILM. To screen any of the films at your non-commercial event that has to be produced and promoted under the title “Echoes of EKOFILM”, send the list of the titles you want to screen to This email address is being protected from spambots. You need JavaScript enabled to view it.. For more information and conditions, see the section Echoes of EKOFILM on our official festival website.

47th EKOFILM IFF is held under the auspices of Richard Brabec, Minister of the Environment of the Czech Republic, Jan Grolich, Regional Council President of the South Moravian Region, Markéta Vaňková, the Mayor of Brno, Vojtěch Mencl, the Mayor of the city district Brno-střed, Martin Bareš, rector of Masaryk University and Danuše Nerudová, rector of Mendel University.

Contact: Vratislav Vozník, PR, +420 607 258 508, This email address is being protected from spambots. You need JavaScript enabled to view it. 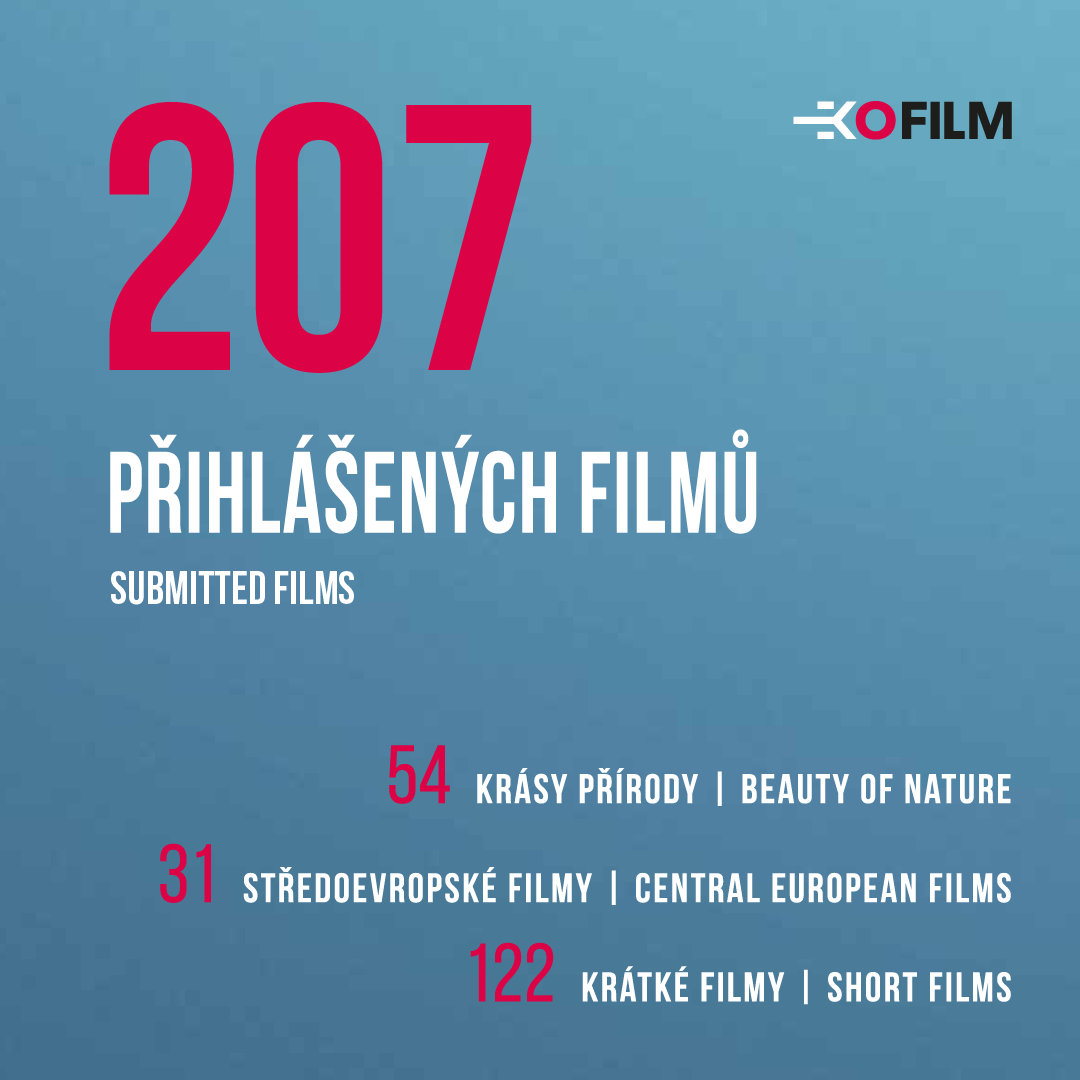