3 Income REITs to Buy in February


Real estate investment trusts (REITs) allow anyone to own a stake in income-producing real estate. This means they can be great for generating passive income. Currently, the average dividend yield across the REIT sector is 2.6%, more than double the 1.2% yield of stocks in the S&P 500.

Three REITs that stand out for their income-generating capabilities are Crown Castle International (NYSE:CCI), Digital Realty Trust (NYSE:DLR), and SL Green Realty (NYSE:SLG). With shares of all three selling off along with the broader stock market last month, they look like great buys this February. 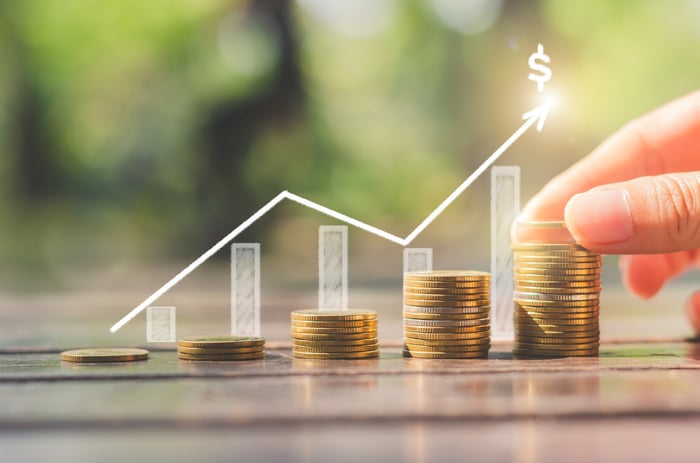 Shares of Crown Castle stumbled out of the gate in 2021, declining by more than 12% in January. That sell-off helped push its dividend yield up to 3.3% in early February.

That slump comes even though the infrastructure REIT reported strong quarterly results last month. Crown Castle grew its adjusted funds from operations (AFFO) by 14% for the full year, helping support an 11% increase in its dividend. The communications infrastructure company also slightly increased its 2022 outlook after signing a new long-term deal with T-Mobile to support its 5G rollout.

Crown Castle sees lots of 5G-driven growth ahead as mobile carriers utilize more infrastructure to support the faster network. That leads the REIT to believe it can grow its dividend at a 7% to 8% annual pace over the next few years. With shares now cheaper, Crown Castle offers the potential of generating even higher total returns in the coming years for investors who buy shares in February.

2. Digital Realty: A lower price, despite enhancing its growth prospects

The REIT’s sell-off came even though it recently made another growth-enhancing acquisition. Last month, it agreed to acquire a stake in Teraco, Africa’s largest data center operator, with seven state-of-the-art facilities located in South Africa. The $3.5 billion deal established Digital Realty as a leading data center operator in Africa. Digital Realty sees significant growth ahead on that continent, which is in the early stages of its digital transformation.

That deal should provide further support for Digital Realty’s growing dividend. The REIT has increased its payout for 16 consecutive years and appears poised to continue growing it in the future.

Share of SL Green Realty tumbled more than 13% last month. A big driver was a surge in coronavirus cases in New York City, where the company is the leading office landlord. That further delayed the return to the office by some of the company’s tenants.

In January, Crown Castle, Digital Realty, and SL Green Realty all tumbled along with the broader market. Those sell-offs came even though each REIT reported positive news. Because of that, they look like attractive buys for income investors this month, since their now higher yields look even more sustainable over the long term.