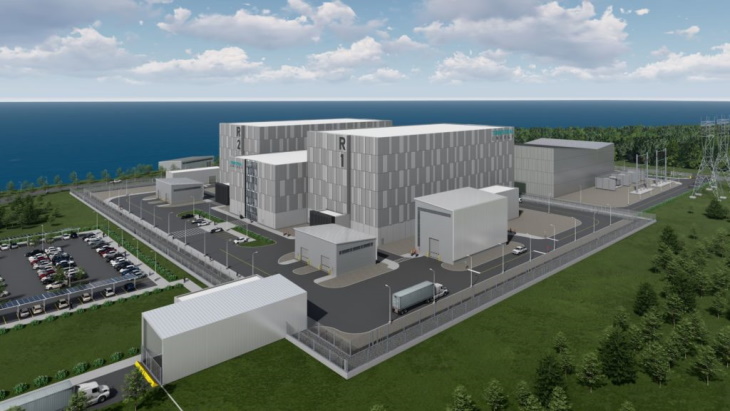 The non-binding and non-exclusive MoU between Saskatoon, Saskatchewan-based Cameco and Terrestrial Energy of Oakville, Ontario, will see those companies examine potential partnership opportunities to deploy IMSR plants in North America and worldwide, and to evaluate possible opportunities for the supply of uranium, fuel and other services. As part of this, the companies said they are investigating the potential of Cameco’s uranium conversion facility at Port Hope in southern Ontario for IMSR fuel salt supply.

“Cameco plans to be a key fuel supplier for the emerging small modular reactor and advanced reactor market,” the company’s President and CEO Tim Gitzel said.

Simon Irish, CEO of Terrestrial Energy, said: “Cameco is a Canadian and global leader in uranium supply and other fuel services, and we welcome this opportunity to investigate with them opportunities around the deployment of IMSR power plants and to supply nuclear fuel to our plants in Canada and worldwide.”

Sustainable infrastructure developer Cross River will be responsible for project origination and financing for projects requiring carbon-free power and/or heat using ARC’s proprietary advanced technology, the companies said. The partnership will focus on developing “world-scale energy hubs” to produce clean, base-load power and clean fuels powered by ARC’s sodium-cooled fast reactor technology. The ARC-100 100 MWe reactor is being developed in New Brunswick with the support of the provincial government and NB Power, with a unit expected to be operational at NB Power’s Point Lepreau site before the end of the current decade.

As well as providing 24/7 low-cost carbon-free power, ARC’s advanced technology will also provide high-quality process heat as a co-product that can lead to globally leading production costs for high-demand industrial uses, Cross River CEO Andrew Wilder said. “We believe that the hydrogen economy is firmly upon us and sectors such as transportation will require immense levels of low-cost hydrogen, and hydrogen carriers such as ammonia to effectively decarbonise,” he added.

“With the development of new sustainable investment strategies, in combination with government policies, such as Canada’s Clean Fuel Standard, the financial sector is poised to support grid-scale carbon-free power and industrial heat sources that will have a meaningful impact on reversing climate change,” ARC Canada President and CEO Bill Labbe said. “Combining ARC’s simplicity of design with Cross River’s integrated project delivery model is fundamental to ensuring the project can be financed and delivered.”


OPG last year announced it was resuming planning activities for additional nuclear power generation via an SMR at its Darlington New Nuclear site, which is the only site in Canada currently licensed for new nuclear with a completed and accepted environmental assessment. Yesterday, the company said the Canadian Nuclear Safety Commission has announced its decision to renew the existing Site Preparation Licence for the project.

Terrestrial’s IMSR is one of three SMR designs under consideration for deployment at Darlington. The others are GE Hitachi’s BWRX-300 water-cooled SMR, and X-energy’s Xe-100 high-temperature gas-cooled reactor.