Report says environmental pollution will cost some nations in the region including Egypt, Lebanon and Yemen more than 3 per cent of their GDP 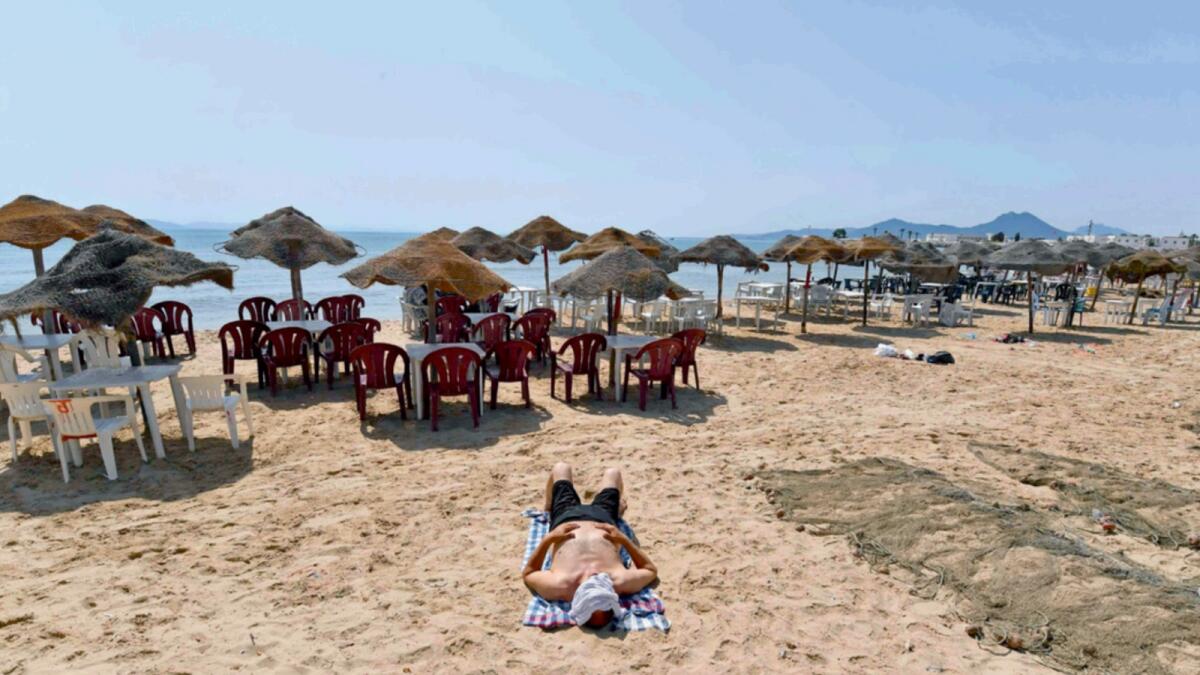 A beach in Tunis. According to a World Bank Report, coastal erosion could cost the country up to 2.8 per cent of its GDP. — AFP file

Air pollution costs the Middle East and North Africa $141 billion per year, or around 2 per cent of GDP on average, the World Bank said on Monday, urging a green post-Covid-19 recovery for the region.

Environmental pollution will cost some nations in the region including Egypt, Lebanon and Yemen more than 3 per cent of their GDP, it said in a report.

“Productivity falls if residents cannot work after they or their family members fall ill from air pollution, and health care costs can be a substantial burden on both individuals and governments,” said the report.

The average resident will be ill for 60 days in his lifetime due to air pollution, with town dwellers breathing in 10 times the level of pollutants considered safe by the World Health Organization, it said.

The report singled out “low environmental standards” in the transportation and industry sectors, the use of low-quality fuel, and burning waste as the main drivers of air pollution in the region.

The Mediterranean is one of the most plastic-polluted seas in the world, it said, adding that the average resident dumps more than six kilogrammes of waste into its waters each year.

The Mediterranean has “as much plastic flowing into it each year as the volume of fish taken out from the two most commonly caught species”, the report said.

Sea pollution drives coastal erosion, a major threat to livelihoods, especially among the poor, it said.

In countries that rely on tourism for revenue such as Tunisia, coastal erosion could cost the country up to 2.8 per cent of its GDP.

“Polluted skies and seas are costly to the health, social and economic wellbeing of millions of people in the Middle East and North Africa region,” said Ferid Belhaj, World Bank vice-president for the region.

“As countries recover from Covid-19, there is an opportunity to change course and choose a greener, bluer and more sustainable growth path,” he said.