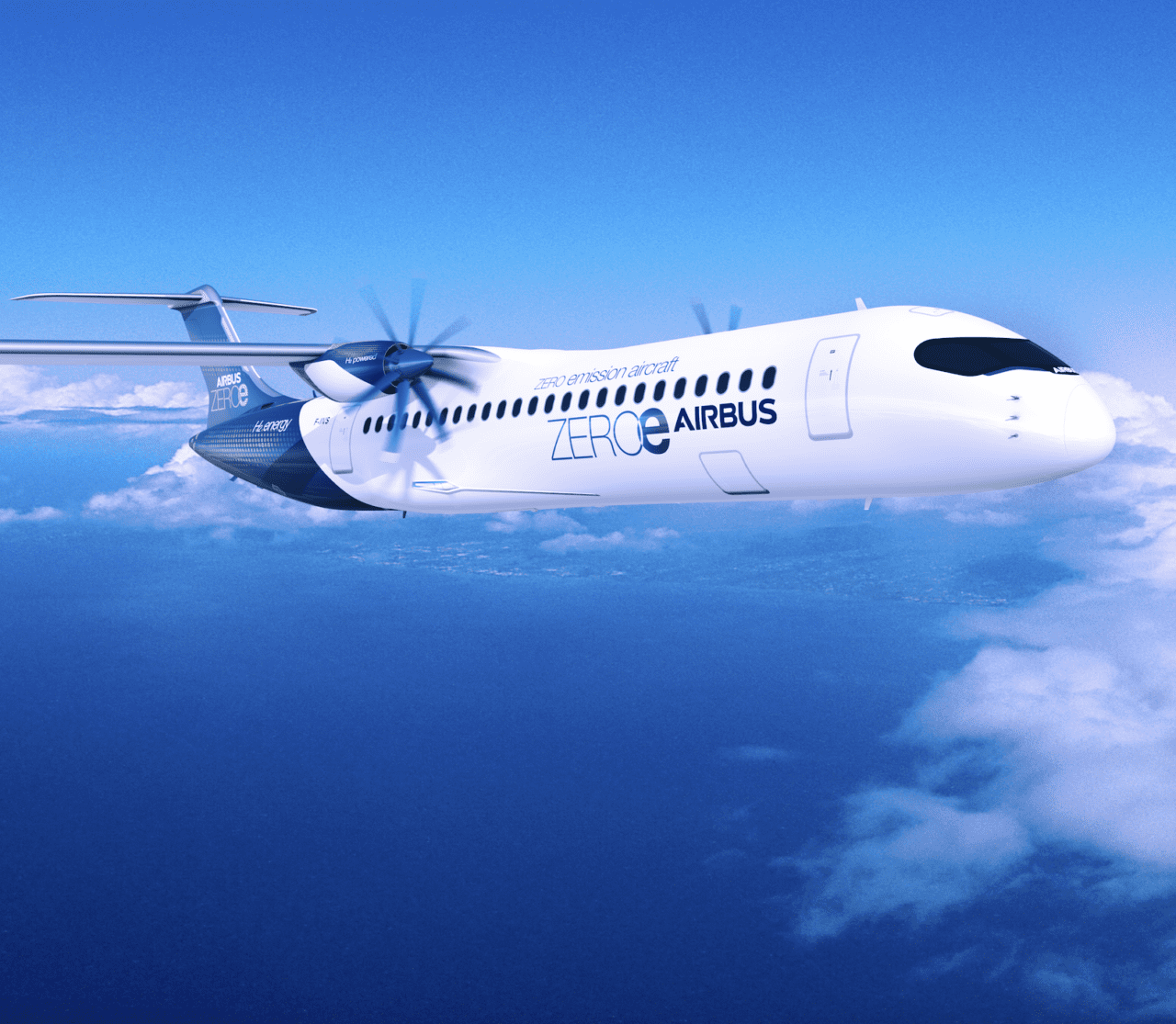 The team at Airbus is working towards 100% SAF to fuel all operations by 2030, and having an airliner using hydrogen as an energy source in service by 2035. (Photo: Airbus)

By the end of 2021, for all customers receiving aircraft from Airbus’s final assembly line in Mobile, Alabama, sustainable aviation fuel (SAF) was incorporated in the delivery process. “In the future, we’re looking at going beyond just Mobile to some of our other production facilities in North America and incorporating SAF into their operations,” Amanda Simpson, Airbus VP of Research and Technology, told Avionics International. They expect to begin using increasing amounts of SAF in all operations, including test flights and acceptance flights, over the next few years.

The SAF that Airbus uses for aircraft delivery is produced by World Energy, which owns and operates California’s only sustainable aviation fuel production hub and supplies SAF to airports across the U.S. “The SAF is primarily based on utilizing waste products,” explained Simpson. “In general, these products could be leftovers from lumber and tree trimming operations; it could be agricultural byproducts, municipal solid waste, or cooking oil.” In all of these cases, she said, the carbon is pulled from the environment, the atmosphere, rather than from the ground via petroleum. 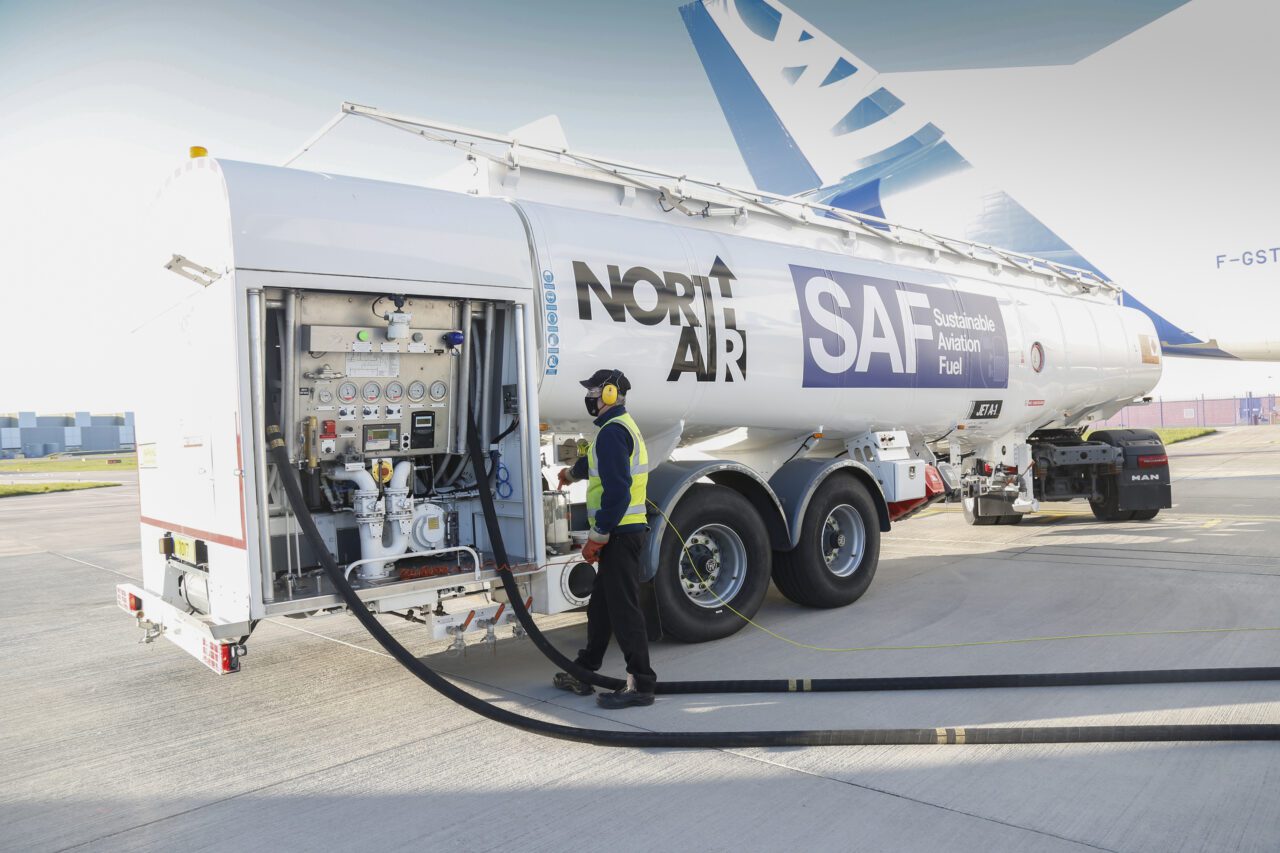 All of Airbus’s aircraft are approved to run on blends of SAF up to 50%. According to Simpson, the team is working on increasing that to 100% SAF in all of their aircraft. “Our goal is to have that completed by the end of this decade. The issues there are ensuring compatibility with the engines themselves and all of the fuel systems, as well as the fueling systems at the airport. [We want to] make sure the SAF doesn’t have any adverse effects, that it’s completely safe to use, and doesn’t impact the reliability and efficiency of the engines or the operation of the aircraft. We have done demonstrations, with an A350 and an A319, to show that we can fly aircraft on 100% SAF.” 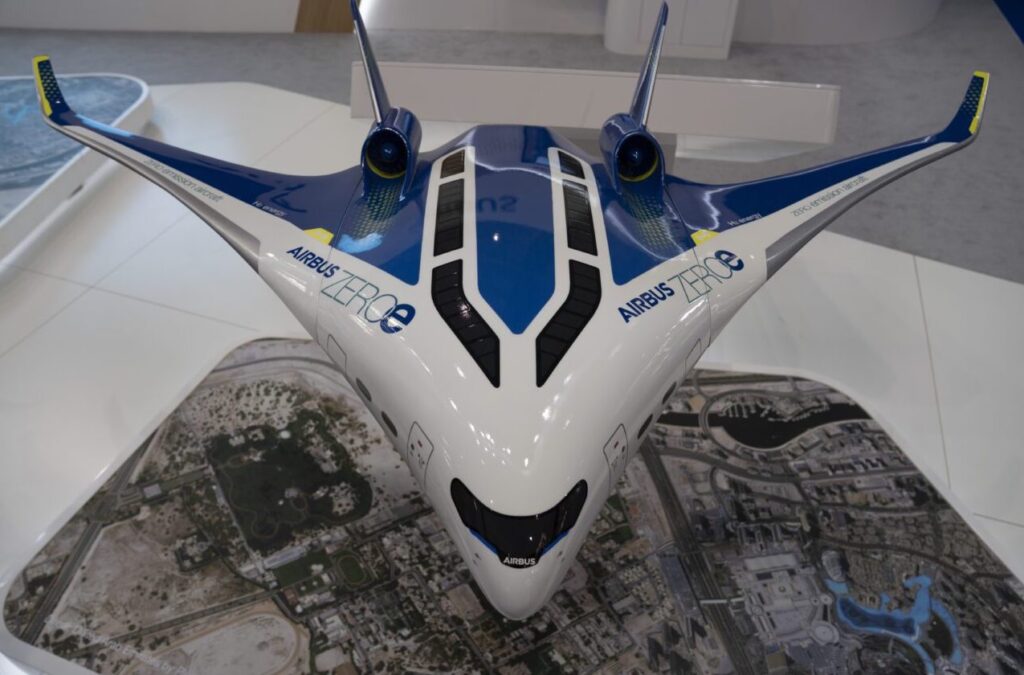 The Airbus ZEROe concepts are all hybrid-hydrogen aircraft and include the following configurations: turbofan, turboprop, and blended-wing body (pictured above). (Airbus)

Right now, the ZEROe project is in the technology maturation phase. In addition to using hydrogen as an energy source, Airbus is currently working on leveraging advances in composites, manufacturing, aerodynamics, and other technologies in order to move forward with a detailed design of the ZEROe generation of aircraft by 2025.

All three of the concept aircraft have a hybrid-electric propulsion system. They are powered by hydrogen combustion using modified gas turbine engines, where liquid hydrogen is the fuel source. An advantage of hydrogen combustion is that no carbon dioxide, carbon monoxide, sulfurous oxide, nitrous oxide, or other unburned hydrocarbons are released. “You can burn hydrogen in a jet engine, in a turbine engine, very similarly to the way you burn kerosene today. The engines would look the same. The difference is that you have to adjust and optimize the engine to burn a different fuel,” Simpson said. 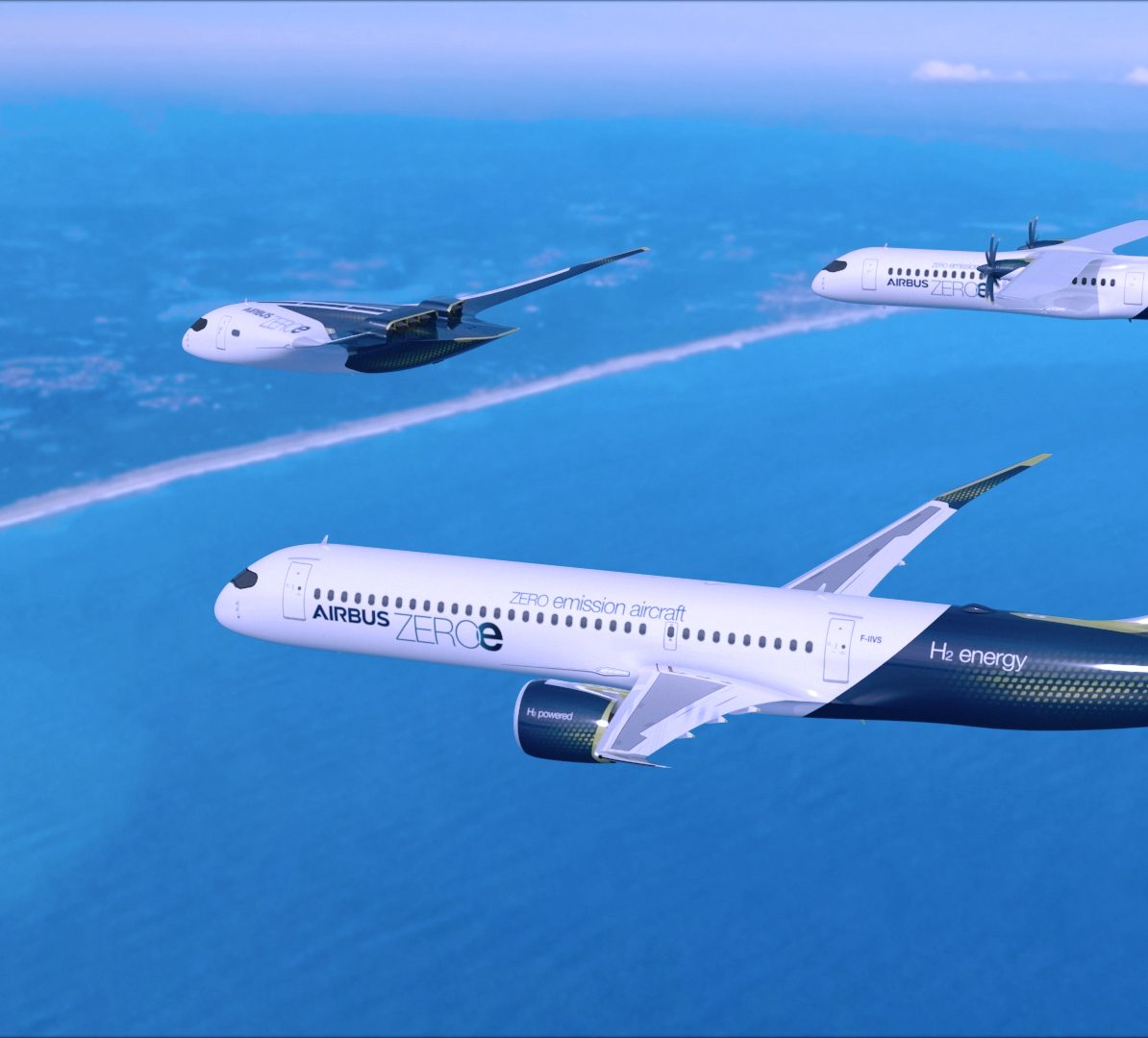 The first detailed designs of the ZEROe aircraft are expected to be completed by 2025. (Airbus)

Along with hydrogen combustion, the ZEROe concepts incorporate hydrogen fuel cells to power an electric motor in an aircraft, with water as a byproduct. The hydrogen fuel cells create electrical power to complement the gas turbine. “All of these technologies are complementary, and the benefits are additive,” according to the company’s website.