Altair has announced the winners of its 10th annual Altair Enlighten Awards, recognizing sustainability and lightweighting advancements in the automotive industry.

For repairers, the awards provide a recap of what’s new, as well as a glimpse at what may be coming in the not-too-distant future as OEMs work to shrink their carbon footprint, reduce water and energy consumption, and increase material reuse and recycling.

“The caliber of nominees for this year’s Enlighten Award was unparalleled and is a true testament to the investments the automotive industry is making to reach – and even exceed – global sustainability targets,” said Richard Yen, senior vice president, product and strategy, Altair. “As we celebrate our tenth year and have evaluated hundreds of worthy entries over the years, we have seen this award evolve from showcasing vehicle lightweighting initiatives to companies now fully embracing sustainability and the commitment to building a net-zero environment and circular economy.”

The Altair Enlighten Awards are presented each year in conjunction with the Center for Automotive Research (CAR) at its annual CAR Conference. 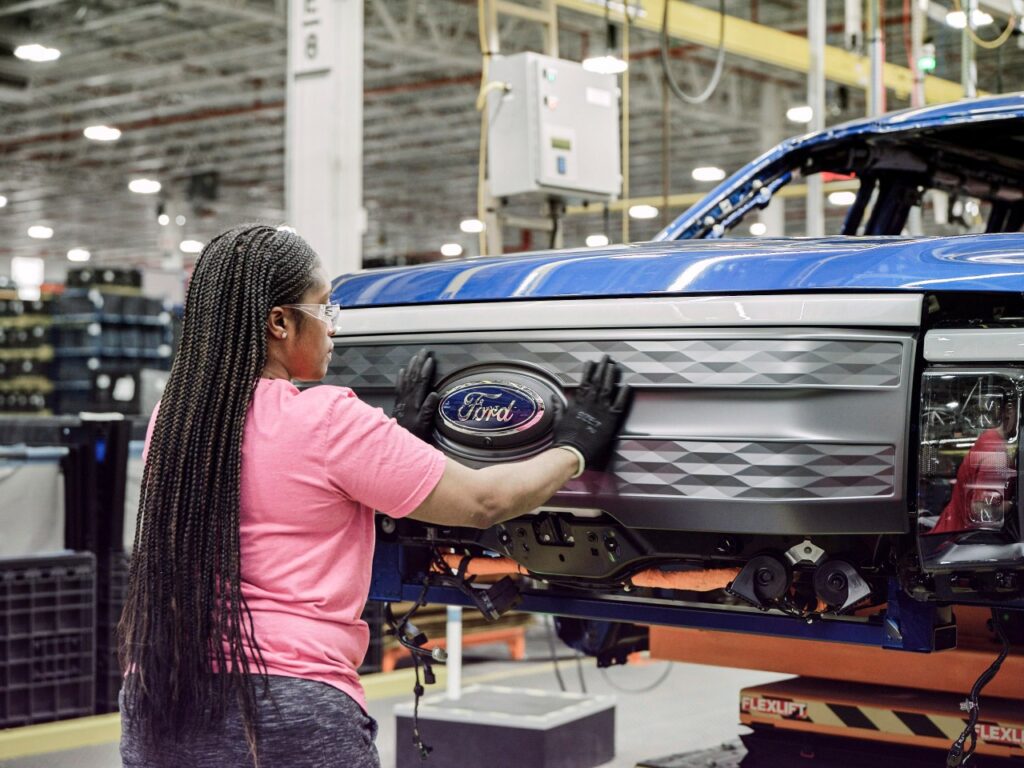 The Sustainable Product award winner was a vehicle that’s probably made an appearance at a few body shops already: the 2022 Ford F-150 Lightning. It’s the second straight year that a Ford electric vehicle (EV) has won the award; last year’s went to the Mustang Mach-E.

“The 2022 Ford F-150 Lighting with an extended range battery delivers up to 580 horsepower and 775 lb.-ft. of torque – the most torque of any F-150 ever – as well as a high-tech front trunk and the ability to power your home if needed,” Altair said in its award presentation. “The F-150 Lightning is powered by dual in-board motors with up to 320 miles of range on select models and is built on an all-new steel frame that supports a maximum 2,235-pound payload and up to 10,000-pounds of towing capacity.” 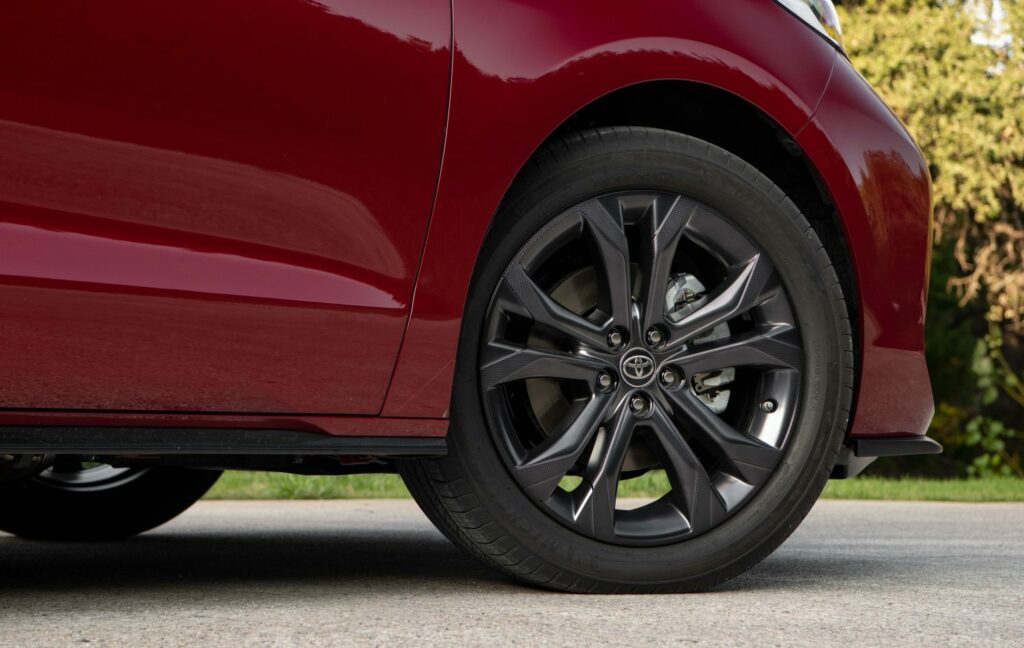 Runner-up among sustainable products was Lacks Enterprises’ innovative composite wheel trim system for the 2022 Toyota Sienna. The wheel combines a weight-optimized aluminum wheel backbone with composite design surface finish and lightweight reduction technology. With this technology, different wheel designs and finishes can be used on the same wheel backbone.

“The wheel trim system creates an expanded canvas for evolving wheel design,” said Kurt Lacks Jr., Lacks’ executive director for business development. “We provide automakers with an expanse of trim-level differentiation that increases vehicle brand and design value at a reduced cost. We like to say that our wheel system technology expands the OEM designer’s imagination.”

Nemak’s Melting Center won the Sustainable Process award for its production of aluminum-silicon alloys for the automotive industry through the recycling of 2.5 billion aluminum cans each year. “With a recycling capacity of more than 400k tons per year, the process decreases the amount of energy needed to extract primary aluminum by 95%, thus eliminating 4.8 million tons of carbon dioxide per year,” Altair said. 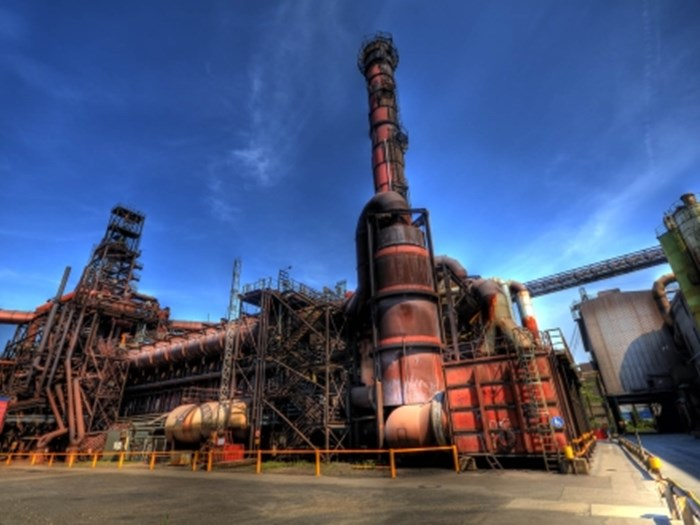 Runner-up for Sustainable Process was ArcelorMittal, for the industry’s first large-scale test of the partial replacement of natural gas with green hydrogen to produce Direct Reduced Iron (DRI). “Through a $10 billion investment plan, this milestone will propel the future large-scale supply of green steel to automotive original equipment manufacturers,” Altair said. ArcelorMittal said its ambition is “to lead the decarbonisation of the steel industry.”

In the Sustainable Material category, Ford was again a winner, for its use of 100% post-consumer recycled (PCR) ocean plastic to produce wiring harness clips. “Ford has implemented an industry-first application of 100% PCR ocean plastic into vehicle parts,” Altair said. “The material composition of these parts is collected by workers from plastic waste in the Indian Ocean and the Arabian Sea, promoting healthier marine life, reducing landfill waste and energy use, and providing jobs.” The clips were introduced on Ford Bronco Sport models in December 2021.

Runner-up in the category was Nucor Corporation’s Econiq, the world’s first net zero carbon steel at scale. “Nucor Corporation is pioneering the reduction of a vehicle’s carbon footprint without changing the design or grade selection. Econiq is available to all automotive companies today, has a very high percentage of recycled content, and is the only net-zero steel produced at scale in North America,” Altair said. 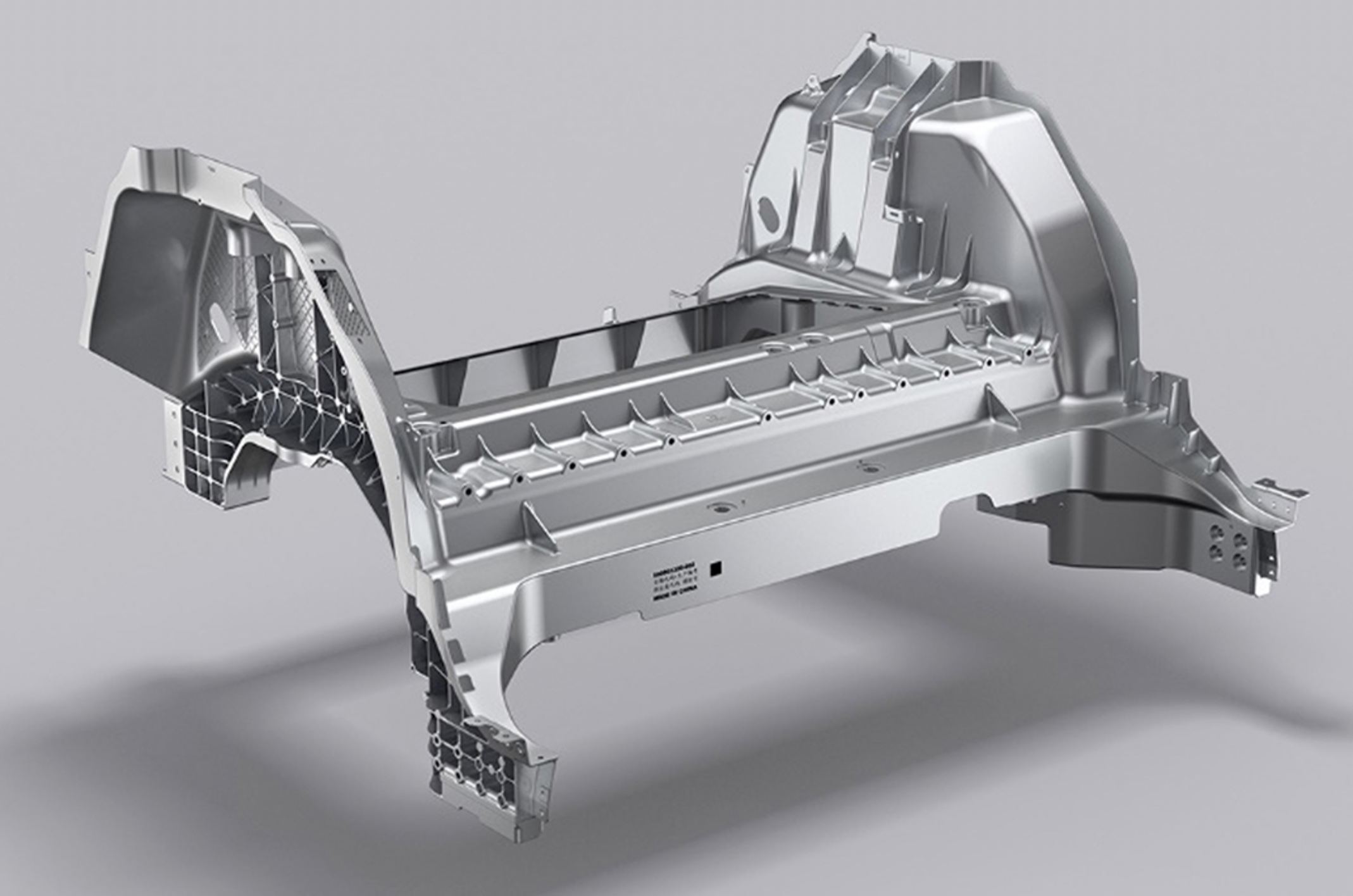 Two runners-up were chosen in the category. Human Horizons was recognized for its integrated high pressure die casting (HPDC) rear cabin, which integrates 40 parts of the rear floor into a single part, reducing weight by 20% and cutting manufacturing and mold development time by a third. Human Horizons, a Chinese startup, has developed two production-ready EVs, the HiPhi X, and the HiPhi Z.

Also a runner-up was Bionic Mesh Design GmbH, which Altair said has refined and redefined lightweight design for mass casting and forging productions. “These lightweight designs are achieved through the direct transformation of topology in CAD models and an emphasis on production processes. By requiring 90% less design time than standard solid modeling processes, Bionic Mesh Design helps automotive OEMs and suppliers get products to market faster,” the judges said. 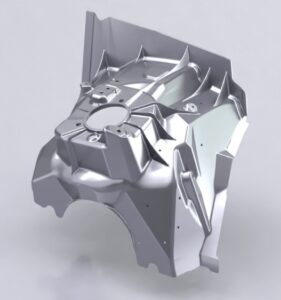 In the Future of Lightweighting category, no fewer than four honorees were chosen: Partners McMaster University and Nemak were the winners, with runners-up Adient and Yangfeng, and an honorable mention for NaMiKo and its product team.

McMaster and Nemak were honored for the development of Nemalloy, a lightweight automotive aluminum die-casting alloy that requires no heat treatment. “Due to its lightweighting advantages and heat treatment elimination, Nemalloy is a fully recyclable solution that can help companies transform the way they manufacture and forge a path to net zero emissions,” Altair said. 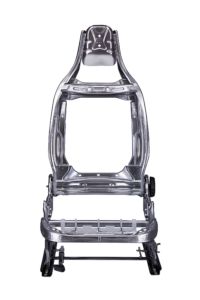 Yanfeng was chosen for its instrument panel and passenger air bag integration. This technology “combines the chute and airbag module housing into one part to lower costs and creates synergies in the development process,” Altair said. “Through material substitution and weight savings by 23%, the system reduces the product’s carbon footprint by 50%.”

In the final category, Module Lightweighting, BASF, Toyota, and L&L products won for the composite second-row rear seat assembly used in the Toyota Tundra. The four composite pieces used in the structure replaced more than 60 stamped and welded steel pieces resulting in a 20% reduction in mass and a 20% cost savings.

Runner-up was the Bocar Group, for the die-cast rear end post used in the Toyota Tundra. The component is “the first of its kind visual class ‘A’ exterior structural die-cast application. It achieves a more sustainable mobility by saving 9.7 pounds in vehicle mass and 173.9 pounds in CO2 emissions per vehicle per year,” Altair said.

“The winners of the 2022 Enlighten Award have demonstrated the great strides the automotive industry has made in creating more sustainable products,” said Carla Bailo, president and CEO of CAR. “Collaborating with Altair over the past ten years has allowed us to showcase on a global stage the automotive sector’s most unique and proven approaches to meet weight reduction and sustainability goals.”

The 2022 Altair Enlighten Award winners were announced in a ceremony on August 2 during the CAR Management Briefing Seminars 2022. For more information, visit  altair.com/enlighten-award.

Trend of lightweighting likely to accelerate, suppliers to OEMs agree

A Ford F-150 Lightning is assembled at the Rouge Electric Vehicle Center. It is the first Ford plant without traditional in-floor conveyor lines and instead uses robotic Autonomous Guided Vehicles to move F-150 Lightning trucks from workstation to station in the plant. (Provided by Ford)

ArcelorMittal’s plant in Quebec, Canada, where large scale tests are under way in the use of hydrogen in place of natural gas in the production of direct reduced iron (DRI). (Provided by ArcelorMittal)

A shock tower casting produced from Nemalloy HE700. (Provided by Altair)

Why Vegan JUST Egg Is Everywhere This Summer: From Festivals to Surf Contests