The global pandemic that affected almost every economic sector has been somewhat advantageous for the marijuana industry, as lockdowns boosted cannabis sales in many locations. That said, sales growth numbers have been better in the U.S. than in Canada, as some Canadian provinces are still challenged with regulatory hurdles that restrict the number of legal stores (though more are slated to open this year).

With cannabis sales rising, the industry is getting competitive. This year has already brought us some big acquisitions, both in Canada and in the U.S. Perhaps the biggest was the merging of two Canadian players, Aphria and Tilray, to create the “new” Tilray, which was completed in May. The recent acquisition of Harvest Health & Recreation by Florida-based Trulieve Cannabis was also a highlight.

But what are two of the most popular cannabis companies up to this year? Canadian player Aurora Cannabis (NASDAQ:ACB) has been on a roller-coaster ride since 2020, while fellow Canadian company Canopy Growth (NASDAQ:CGC) has held its ground. But both are still unprofitable. Let’s take a look at their progress this year and determine which of these two pot stocks is the better buy now. 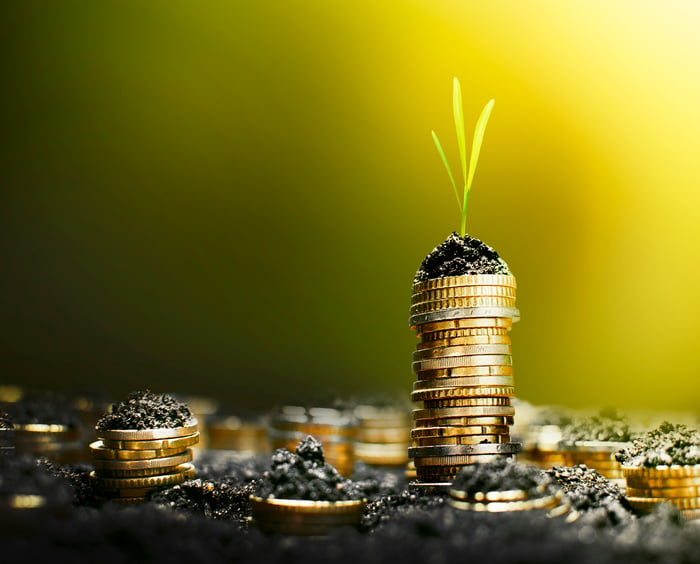 Aurora Cannabis has a rocky path ahead

Despite last year’s cost-cutting efforts under its “facility rationalizations” plan (which included closing down unproductive facilities and focusing on the productive ones), Aurora still seems to be struggling. It did manage to realize cost savings of 300 million Canadian dollars in its recent third quarter, ended March 31, and expects another CA$60 million to CA$80 million in savings annually over the next 18 months.

It also managed to bring down its selling, general and administrative (SG&A) expenses to CA$45 million, down CA$33 million from the year-ago period in Q3. However, these achievements weren’t enough to help it make a profit. The company recorded earnings before interest, tax, depreciation, and amortization (EBITDA) losses of CA$24 million, down from CA$49 million in Q3 2020. That’s a good sign, but not a strong indicator that it is heading toward recovery.

Despite having an early mover advantage in the Canadian market, its medical cannabis revenue fell 17% year over year to CA$36 million in the third quarter. Meanwhile, Canopy Growth generated CA$55 million in revenue just from medical cannabis in Canada in its fiscal fourth quarter, which ended March 31.

Canopy has a strong partner in Constellation Brands (more on that below), but Aurora doesn’t have a similar backer to fund its investment in the production of high-margin cannabis derivatives — vapes, edibles, beverages, and more, which Canada legalized in October 2019 — that could help boost its revenue growth. Aurora’s total revenue for the third quarter fell 25% year over year to CA$55 million. On the recreational front, cannabis sales also dropped 53% to CA$18 million from the year-ago period. The disappointing third-quarter results don’t paint a good picture for Aurora this year.

Canopy Growth had a bad quarter, but it can still turn itself around

Canopy, meanwhile, is on a path of transforming itself by reducing costs and achieving positive EBITDA. It has been working on growing its revenue, which shows in its recent quarterly results. In its fiscal Q4 2021, revenue was up 38% from the year-ago period to CA$148 million.

However, revenue growth has to be consistent for the company to achieve profitability while keeping costs lower. In Q4, it managed to lower its SG&A costs by 25% year over year to CA$148 million, which helped reduce EBITDA losses to CA$94 million from CA$102 million in the year-ago period. But it is still far away from generating profits.

Canopy has been heavily focusing on developing innovative derivatives like vapes, cannabis-infused chocolates, and beverages, thanks to its U.S. beverage giant partner Constellation Brands, which does most of its financial lifting. Its cannabis beverages in particular have achieved good customer feedback, bringing in more sales. For the full fiscal year, its tetrahydrocannabinol (THC) beverages captured a 35% dollar share of the total beverage category in the Canadian recreational cannabis market. Its ultimate target, however, is the U.S. cannabis beverage market, which is a long shot until federal legalization happens. Therefore, for now, the company has to focus on driving revenue growth in either Canada or international markets to hit profitability.

Even though neither company has achieved positive EBITDA yet, Canopy Growth is probably closer to its target than its peer Aurora. Thanks to Constellation’s backing, Canopy doesn’t have to worry about capital. If it continues to keep its costs lower and drive revenue growth from the high-margin derivatives products, there is a possibility that it could achieve positive EBITDA by the second half of fiscal 2022, which management has assured it’s confident it can do.

Meanwhile, Aurora’s management believes it will be EBITDA positive in the next 18 months. But based on Aurora’s history of failing to deliver on its promises, I find this difficult to believe — the company still has many challenges to overcome. It has to continue not only lowering its costs, but also reducing the dilution of its stock. Further stock dilution will only bring down its stock price, as it’s usually seen as a sign that a company has failed to raise capital by any other means.

At the moment, Canadian pot stocks are risky until they can generate profits and prove that they are worthwhile investments. I would instead suggest including their U.S. counterparts — such as Curaleaf Holdings, Green Thumb Industries, and Cresco Labs — in your portfolio; all of these are in a much more profitable position.

That said, investors who still have faith in Canadian pot stocks (and a strong risk appetite) should go for the better option among these two Canadian players. Canopy has a strong financial partner, growing revenue, innovative products, better opportunities in the U.S. and international cannabis markets, and is closer to profitability — all of which make it a better cannabis pick for the long term.