Choco bites into $100M Series B, at a $600M valuation, to build a more transparent, sustainable food supply chain – TechCrunch 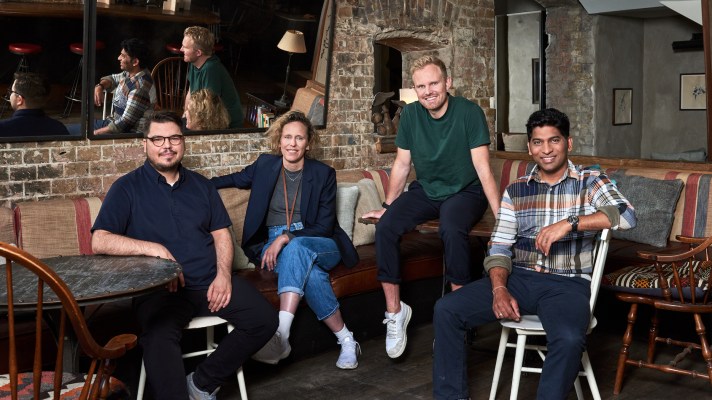 Berlin-based Choco, which has built ordering software for restaurants and their suppliers, is working to digitize the food supply chain and announced $100 million in Series B funding, led by Left Lane Capital, to give it a $600 million post-market valuation. Joining in is new investor Insight Partners and existing investors Coatue Management and Bessemer Venture Partners.

The company’s core food procurement technology digitizes ordering workflow and communications for restaurants and suppliers. During the global pandemic, Khachab said Choco became the go-to tool for operators to be more efficient around procurement processes and reducing expenses as they adapted to the changing market conditions.

With the food industry a $6 trillion market, Choco CEO Daniel Khachab told TechCrunch he aims to make the food supply chain more transparent and sustainable in order to help increase margins in the food service sector and combat climate change.

The company did 14 months of food waste research and found that it was central to a lot of other global problems: Food waste is the third-largest driver of climate change and is causing deforestation — as evident by news from the Amazon last year  — and the extinction of animals.

“It makes sense to try and solve it,” he added. “The food system is highly fragile, and what was shown in the first and second waves of the pandemic is how fragile and inflexible it was. It made the industry realize that it has to step up and that it can’t continue to work on pen and paper.”

Between the farmer and the end point, there are some nine parties involved, Khachab said. None are connected to another, which often means nine data silos and data not collected along the chain. It is important to connect them on one single platform so decision-making can be data-driven, he added.

As uncertainty swept across the food industry at the beginning of the pandemic, Khachab said Choco could either lay low and wait or invest in the company. He chose the latter, pumping up the team, regions and technology. As a result, Choco’s technology is stronger than it was 15 months ago and proved to be flexible amid the inflexible environment.

Choco saw orders quadruple on the platform in the past year, and gross merchandise value grew to $900 million annualized, up from $230 million, Khachab said.

As the company continues to learn how it can provide value to the food supply chain, half of the Series B funding will go into technology development. It will also go toward doubling its headcount, especially on the engineering side. Choco recently brought on ex-Uber and Facebook executive Vikas Gupta as chief technology officer, and Khachab said Gupta’s expertise will enable the company “to build the best technology team in Europe” and scale faster.

Choco is already operating in six markets, including the United States, Germany, France, Spain, Austria and Belgium. Khachab expects to expand in those markets and gain a footprint in new markets like Latin America, the Middle East and Asia.