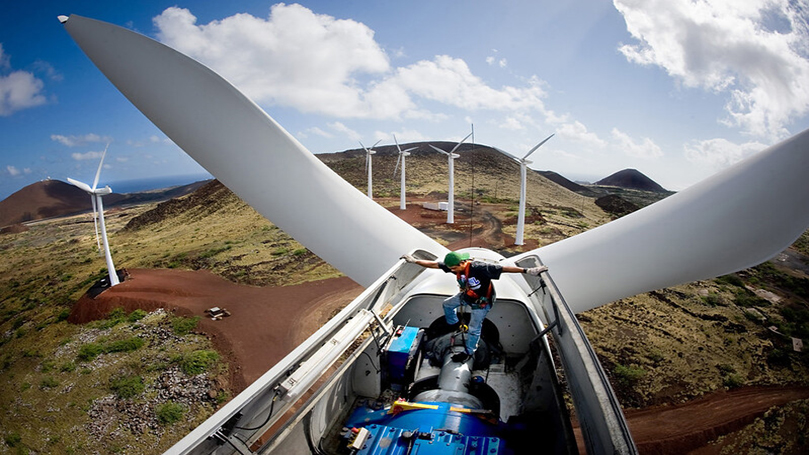 Offshore sustainable wind energy projects are needed as soon as possible to counter the accelerating impacts of global warming. According to the latest report issued by the IPCC (Intergovernmental Panel on Climate Change), global warming and its impacts on society and the planet are already “baked into our future.”

Scientists estimate that the Earth’s temperature will pass the red line established at the Paris Climate Conference much earlier than originally expected. Climate change and global warming are happening right now and will become worse over time.

Recent events like Hurricane Ida, wildfires, droughts, and similar weather-related events confirm that global warming’s impacts are already being experienced across the United States and the planet. They also point to the immediate need to reduce greenhouse gases and fossil fuel–generated energy as soon as possible.

Bridgeport and New London provide deep-water ports without obstacles to navigation (like bridges). These conditions are necessary for the large and very tall ocean-going vessels that will carry wind turbines, cranes, and other equipment and supplies needed to construct the wind farms.

Benefits to labor and economy

Bridgeport has been selected as the port city for the Park City Wind Project, an 804-MW (megawatts or 1 million watts) offshore wind farm approved by the Connecticut Department of Energy and Environmental Protection (DEEP). A press release issued by DEEP indicates that when fully developed, this project will supply about 14% of Connecticut’s total electrical energy needs.

It is estimated that 2,800 “direct full-time employment years” will be created by the project. The developer Vineyard Wind is required by the agreement with Connecticut DEEP to pay “no less than the prevailing wage and to negotiate in good faith for a mutually agreeable labor agreement.” 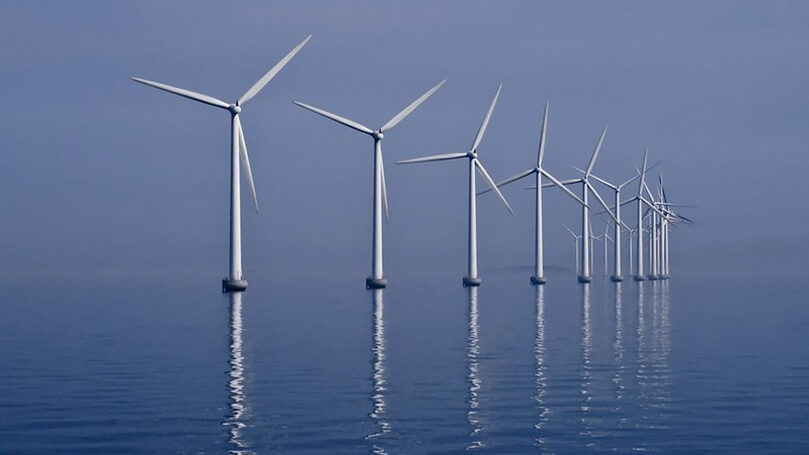 The Park City Wind Project will provide approximately $890 million in economic development to Bridgeport and the project’s supply chain. This is in addition to the port facilities being developed at State Pier in New London to support development of offshore wind power.

Marcus Brown, with Park City Wind, reported that offshore wind–related work will take place at Barnum Landing (in Bridgeport harbor) over 2 years (as a staging area for transition pieces used to build the wind farms) and over 25 years (as an operations and maintenance facility for the Park City Wind project wind farms).

The City of New London recently signed a host community agreement with Orsted and Eversource (a joint venture known as North East Offshore) to develop State Pier in New London to serve as a port hub for offshore wind projects in New England waters and possibly for areas off the Mid-Atlantic coast.

A spokesperson for Eversource indicated that the improved State Pier facilities will provide support for development for the following offshore wind farms: Revolution Wind, South Fork Wind and Sunrise Wind. It is also possible that State Pier in New London could serve other wind farm developments from Massachusetts to Virginia.

The agreement with the City of New London provides payments to New London based upon energy production from the offshore wind farms. New London has been impacted by activities at State Pier, although it does not receive tax payments from the state-owned facility. Instead it had received PILOT payments from the State of Connecticut under the Payments in Lieu of Taxes Program, which the city has claimed is inadequate.

The Revolution Wind Project is expected to produce 304 MW of wind-powered energy for Connecticut and 405 MW of energy for Rhode Island. According to Orsted and Eversource, the project developers, construction of the offshore wind turbines may begin in 2023, and “the project is estimated to generate 1,200 jobs in Rhode Island and Connecticut during its construction phase.” Additional jobs will be required to operate and maintain the Revolution Wind farm.

Connecticut’s ports are now being upgraded to play major roles in developing and maintaining these offshore wind farms. It is crucial that local communities in these port cities (especially communities of color) have access to the new jobs associated with port development and offshore wind energy production. This includes jobs in the supply chain supporting the projects.

It is also crucial that these jobs provide good wages, benefits, and working conditions for workers on these projects, including the project’s supply chain. Recent passage by the Connecticut General Assembly of Bill No. SB-999, An Act Concerning a Just Transition to Climate-Protective Energy Production and Community Investment, addresses “community benefits, prevailing wage, and labor agreements for large-scale projects.”

This is an example of how the Green New Deal can address building sustainable energy generation that reduces climate change while also fighting social and economic inequality. Achieving these crucial environmental and social needs requires building coalitions uniting millions of people in struggles to rebuild local communities while protecting the planet from climate change.

It will take coalitions involving local communities of color, Native Americans, the labor movement, the environmental movement, the peace movement, agriculture, the faith-based community, progressives, and others concerned about climate change and social and economic inequality to build enough pressure to achieve progress on these issues.

The Connecticut Roundtable on Climate and Jobs has been working for nine years to address these issues, bringing together representatives of organized labor, communities of color, environmental groups, and faith organizations.

The Roundtable’s Platform is an excellent example of a broad movement, led by organized labor, striving to build a sustainable environment and livable communities. The Platform reads:

Climate Change is a global crisis that is affecting people’s lives and livelihoods and threatens the health and economic stability of Connecticut’s communities.

We embrace our diversity as a source of power and engage in collective action to ensure that Connecticut provides leadership in creating the clean energy future we need.

We believe the climate crisis presents an opportunity to build thriving local economies that are not only more sustainable but also more just and equitable. 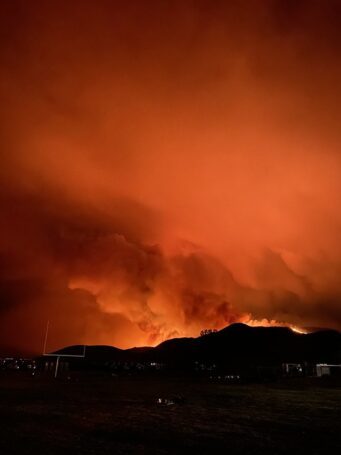 McKibben discussed the seriousness of the impacts climate change will have upon society and the planet if global warming continues to increase from levels existing in 2012. He described the deep reductions required in fossil fuel emissions to prevent additional impacts from polar ice melting, sea level rise, more severe droughts and storm events, and their combined impacts upon people and the planet.

McKibben’s article inspired Harrity to talk with working people about  the impacts of climate change on people, communities, and the planet.  He told workers that “climate change is the most crucial issue facing all of us for the rest of our lives . . . and if you don’t believe me now, think about . . . what is going to happen [in 10 years] . . . it hasn’t taken [even] ten years to see how climate change has changed for the worst.”

John Olsen, then President of the Connecticut AFL-CIO, was asked to host a meeting of labor, environmental, and religious representatives to discuss climate change. Out of this meeting emerged the Connecticut Roundtable on Climate and Jobs (CRCJ). President Olsen asked John Harrity to keep track of the CRCJ, and he became its Chair.

The CRCJ then worked with the Governor’s Steering Committee on Climate Change, helping it move from an inactive committee to playing a role in identifying climate change issues in Connecticut and contributing to positive changes in state policy.

The Roundtable convinced the State of Connecticut to move from a commitment to achieving 200 MW of sustainable offshore wind power to the current goal of 2,000 MW. It advocated for apprentice training programs for the many new jobs anticipated in the wind power industry, labor project agreements to ensure good-paying jobs, and jobs for local port communities.

CRCJ mobilized 800 Connecticut trade unionists participating in the 2014 March on Climate Change in New York. A group of workers marched behind a banner proclaiming, “We have the right to GOOD JOBS and a livable Future.”

Workers in fossil fuel energy jobs are nervous about the future of their jobs and livelihoods. A just transition includes training and financial assistance for current workers in fossil fuel jobs to ensure they benefit from the new energy-related jobs. This is important for these workers and their communities. It is a key part of building broad support for fighting climate change and creating livable communities.

Connecticut Roundtable’s work has contributed to national efforts building a movement to achieve a Green New Deal. The Green New Deal is an effort to combat climate change and social and economic inequality while creating millions of good-paying jobs and rebuilding communities.

This bill would include job training, rebuilding the country’s infrastructure and transportation systems, and other efforts to protect the environment and communities.

The Sunrise Movement, a multi-racial youth movement that includes activists in Connecticut, is committed to stopping climate change and creating millions of jobs in the process. Their goal is to build “an army of young people to make climate change an urgent priority across America, end the corrupting influence of fossil fuel executives on our politics, and elect leaders who stand up for the well-being of all people.” 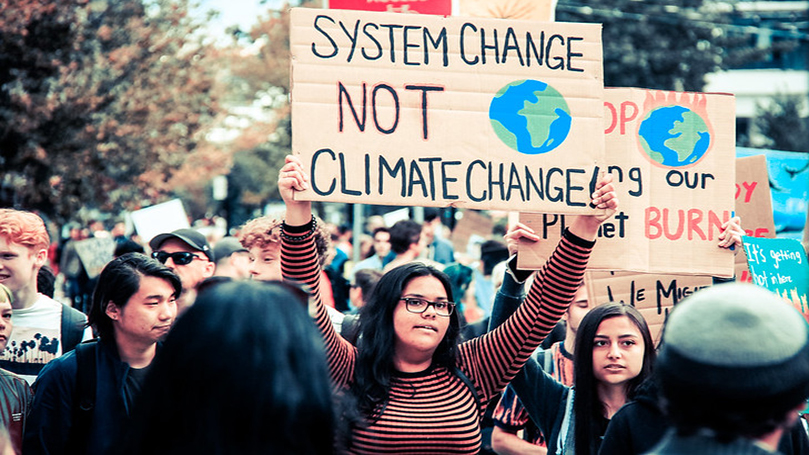 The struggle for a Green New Deal requires broad coalitions at all levels (community, state, and national). These need to address issues affecting people including possible solutions that involve people working together in their communities.

Marc Brodine in his book Green Strategy: Path to Fundamental Transformation reviews the climate crisis and how it developed. He then discusses paths to creating a society that exists in harmony with nature while also meeting people’s needs.

Brodine stresses that “unity in struggle” is the only way forward for the environmental movement.

Brodine concludes, “Humanity depends for survival on the natural world, on the systems of air, water and soil, as well as the natural resources from which we draw all raw materials which we use to produce all food and goods. Humanity needs to develop a new balanced, sustainable relationship with the natural world.” He ties it all together with “A healthy humanity requires a healthy natural world capable of regenerating itself.”

A broad environmental movement is needed that builds ties with other popular movements developing unity to address climate change, other environmental problems, and the social and economic inequality that currently exists in the United States.

These movements need to reach a tipping point where solutions to these environmental and social problems are applied to help people and the planet survive in a healthy manner.  Building and uniting movements addressing climate change and economic and social inequality can also play significant roles in countering the right in its attempts to  divide workers and their allies.

The current struggle to live within a healthy natural world occurs within the capitalist system that maximizes profits for 1 percent of the population and uses racism to divide workers. A successful movement addressing climate change and social and economic inequality needs to work toward socialism. That will be a society that addresses people’s needs and works to achieve a sustainable environment and planet.

What does offshore wind energy development along the U.S. Atlantic coast and jobs for local communities have to do with these broader issues and building a movement for a Green New Deal?

These efforts in Connecticut are the building blocks to mobilize and unite people in struggles for a sustainable society and planet.

The Connecticut workers banner at the Climate March says it all: “We have the right to GOOD JOBS and a livable future.”

A version of this article appeared in the People’s World, August 17, 2021.

Can YOU Really Impact Climate Change?

Can YOU Really Impact Climate Change?