Cousin of Georgia’s Beck talks to FOX 5 after testimony 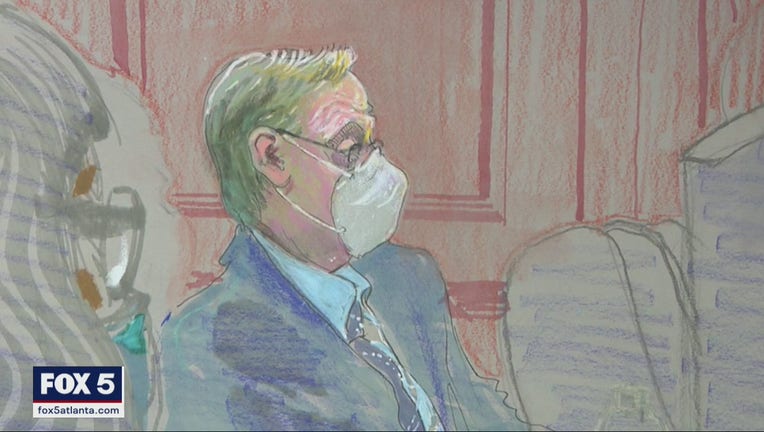 Matthew Barfield spoke exclusively with the FOX 5 I-Team after taking the stand on Thursday and said he didn’t do anything wrong. He testified in the courtroom that he created hundreds of thousands of invoices from vendors he never met and when he was paid by Beck’s company, he returns 90 percent of it, mostly in cash to Beck. But outside the courtroom, he insisted he didn’t do anything wrong.

“Just having to sit there in the courtroom and testify against my own family,” Barfield said was the hardest part about testifying.

A long-time friend of suspended Georgia Insurance Commissioner Jim Beck testified he lied to him. The McKaig were close friends with Beck until they got a look at the evidence that federal investigators had gathered against Beck. Then the friendship ended with the McKaigs saying they learned he was embezzling.

Barfield said after testifying that he gave Beck bags full of cash from various vendors for five years.

“Never, I’ve always trusted Jim and he’s never gave me any reason not to trust him,” Barfield said responding to questions of if he was ever suspicious of it at all.

Steve McKaig testified earlier that he and his wife were close friends with Beck and his wife, with the couples even going on vacations abroad together. At the time, Beck had yet to run for the insurance commissioner post. He was running a company called GUA, or Georgia Underwriting Associates, a state-created company that provided insurance for people who couldn’t get it anywhere else.

Steve McKaig testified Beck hired him to help GUA policyholders who had damage to their homes from water. McKaig testified that Beck told him a secretive millionaire with a company called Green Technology Services bankrolled all of the work that he was involved with. Beck directed they invoice the insurer for hundreds of thousands of dollars on behalf of a company, according to the testimony. Then, they said, they sent those checks to Beck.

The fraud and money laundering trial got under way on Tuesday in federal court. Jim Beck is accused of defrauding a company he worked with of more than $2 million prior to being elected.

It was only later when presented with evidence that federal investigators had gathered against Beck that the friendship ended with the McKaigs saying they learned Beck was embezzling.

“I believed in Jim Beck,” Steve McKaig testified Wednesday, the second day of Beck’s trial in federal court in Atlanta. “I believed he was an honorable man, an honest man with great ideas for Georgia, and he had been my friend.”

Barfield testified in court that he was Green Technology Services, he isn’t a millionaire and knows nothing about insurance. In response to questions of if he knew he was doing anything wrong, Barfield told FOX 5 “absolutely not.”

Barfield told the court that Beck asked him to set up a company that created invoices to send to GUA for payment. He did not work. And he testified that 90% of that money went back to Beck, most of it in cash delivered in bank bags at McDonald’s or other restaurants.

Reporter: “The cash, there was so much cash money that was given to Mr. Beck, didn’t that make you suspicious at all?”

Barfield: “Because like I said before Jim’s never gave me any reason to not trust him and I never thought anything else about it.”

Prosecutors have said the McKaigs and Barfield, who haven’t been criminally charged, were part of Beck’s scheme to steal more than $2 million from the Georgia Underwriting Association, an insurer of last resort that Beck managed before he was elected insurance and safety fire commissioner in 2018.

Beck’s defense has yet to present its case. Lawyers argued Tuesday as the trial opened that Beck hadn’t hurt the association but instead turned it from losses to profits. They argue that Beck was an innovator and that even if his methods were unconventional, there’s no proof he meant to hurt the association. They also suggested Green Technology Services provided useful data, even if witnesses were unaware.

Sonya McKaig testified that Beck asked her to start reviewing insurance applications for the association, which writes coverage for property owners who can’t find it on the normal insurance market. The Georgia Underwriting Association, authorized under state law, is owned by state-regulated insurers who share in its risks.

Both McKaigs testified they did real work, although most billings were for money flowing to Green Technology Services.

McKaig said she reviewed information on applications, allowing GUA to charge correct premiums. Beck directed her each month to roll into her bill a separate bill from Green Technology Services. That amount was typically $28,700 a month, with Beck telling McKaig to mark up the amount by another 5% for herself, according to her testimony. 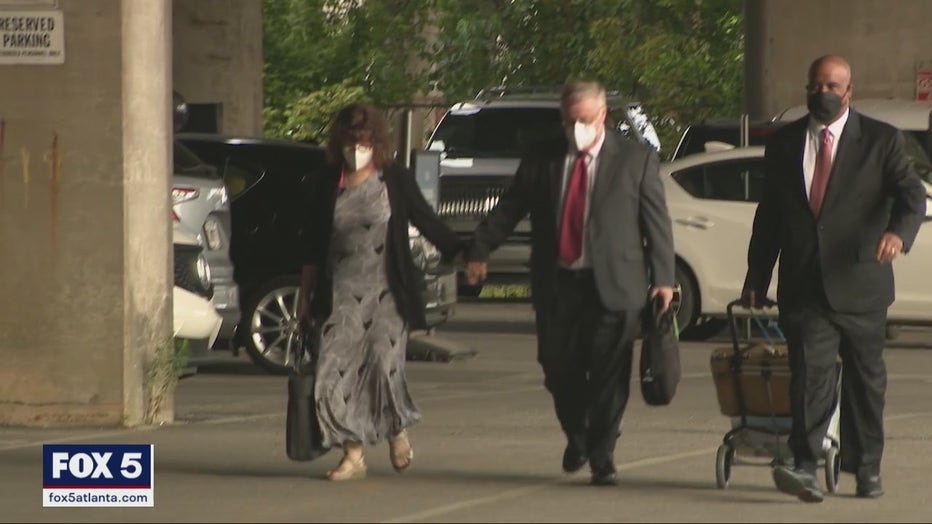 “This was a pretty significant amount of money that he was in receipt of and he, being a hands-on manager, want to make sure the funds were received,” Sonya McKaig testified.

Steve McKaig testified Beck asked him to call people who filed water damage claims, advising them how to clean up and limit costly damages. Steve McKaig created a website and tip sheets.

“People would be delighted that someone would call,” McKaig testified.

Both McKaigs said they never questioned Beck’s actions until prosecutors called them before a grand jury.

“I trusted him,” Susan McKaig said. “I trusted his wife. I felt like there were no better people.”

Defense attorney Bill Thomas suggested the McKaigs hadn’t seen the whole picture, but Susan McKaig said she had seen enough: “We didn’t wish to have any further contact.”

The Associated Press contributed to this report