Decarbonizing health care at the facility level in Colombia


“Mental hospitals have long been stigmatized as dark, sad and even scary places. At Hospital San Rafael de Pasto, we are convinced that this is not how things should be. The symbiosis between a healthy environment and our patients’ recuperation processes is clear to us, and so we believe that environmental management is a crucial strategy that supports increasingly human and inclusive Health care.”

Hospital San Rafael de Pasto is a mental health facility in the city of San Juan de Pasto, Colombia. The hospital comprises of eight large buildings and tends to over 23,000 patients every year. As an active member of the Global Green and Healthy Hospitals network, the hospital has committed to reducing its environmental impact by implementing programs on issues like water, waste and sustainable procurement. 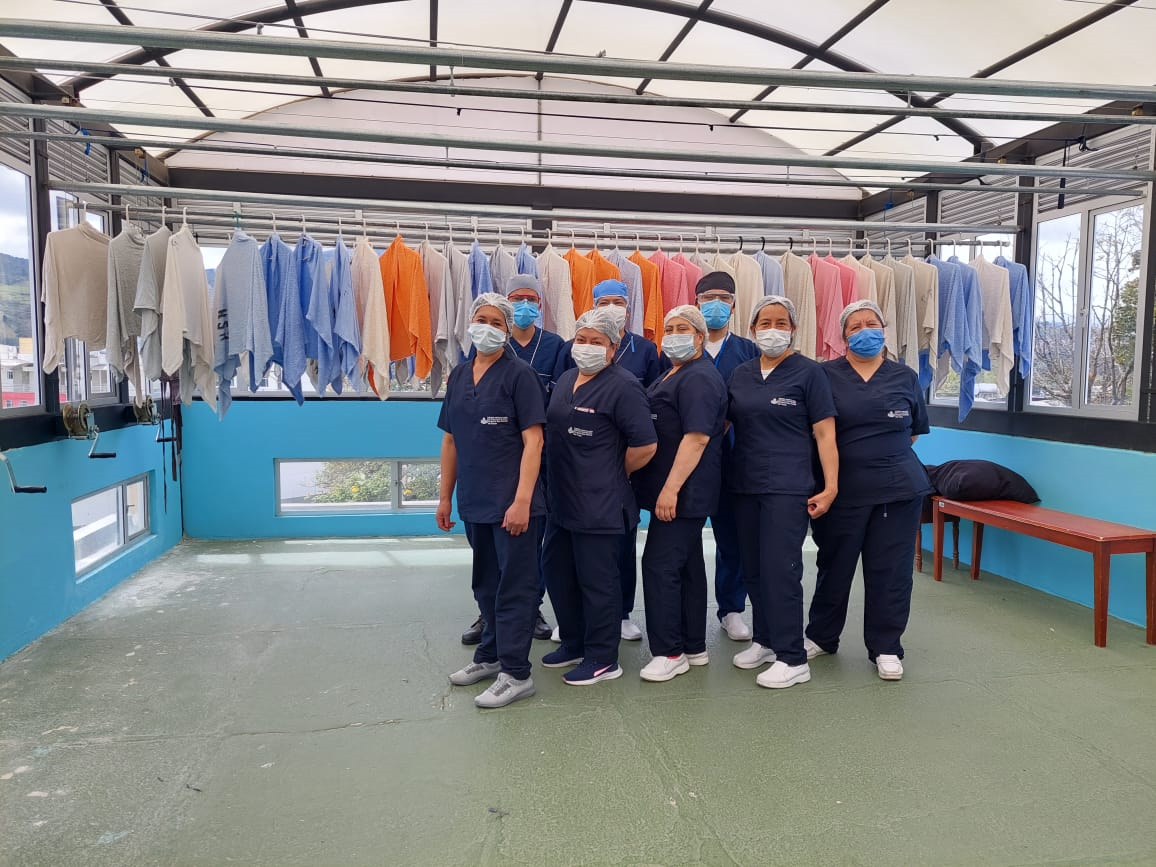 The San Rafael de Pasto hospital has been running an ambitious climate program for almost a decade, and has reported its greenhouse gas emissions since 2015. Its focus has been on replacing high-emitting technologies with cleaner ones, and retrofitting
infrastructure for overall emissions reductions.

“We have understood the close relationship between what we do and the damage it creates on the environment, since we demand a significant amount of resources such as water, energy, food, technological equipment and various other inputs.”

Some of its main interventions the hospital has implemented include:

Efficient lighting and equipment: LED lighting installation began in 2015; by 2019, over 90% of lightbulbs had been replaced. Through their sustainable procurement program, the hospital has been buying all new electric equipment with
certified level A energy efficiency labelling.

Switch to renewable energy sources: the hospital has begun replacing lighting on the hospital grounds and parking spaces with solar powered devices. Additionally, all of its medical units now use solar panels for water heating
(currently totalling 14 water storage units with 6 solar panels each). The drying station has also been switched over to solar energy, after washing and drying clothes and linens was identified as one of the most energy consuming activities
in the facility. The hospital invested in the construction of a drying station that uses passive solar architecture and air fusion by displacement technology, which has allowed for the substitution of industrial equipment and the reduction
of electricity, fuel and water use.

Fuel switch and boiler modernization: stationary combustion, mostly from diesel-fuelled boilers, was also found to be a major source of emissions (43% in 2017). In 2018, the hospital purchased a gas boiler which, together with
the solar drying station, is saving the administration approximately 17,000 USD annually. Emissions from stationary combustion dropped by 45% in 2018 with respect to the previous year, while electricity consumption dropped by 6.4% over the
same period.

Nature-based solutions: the hospital takes part in the “One million trees for Pasto” initiative of the local government, and has purchased 1 hectare of land where, over the past six years, almost 6,000 native species
of trees have been planted.

“As a health institution, we were aware that the demand for resources, their use and final disposal, contributes directly and indirectly to climate change. We had implemented mitigation and control strategies, but it wasn’t until we estimated our institutional carbon footprint that we were able to determine and measure our impact in terms of carbon emissions. That was when we understood the need to reformulate our environmental strategy and make it much more meaningful and participatory, which we did through a project that included the contributions from our operative and technical staff. This project has significantly contributed to our institution’s environmental and financial sustainability.“

Since these measures were put in place, the hospital’s annual energy intensity has been reduced by 42% compared to 2015 levels, while it lead to emissions reduction of 32% per hospital bed and 64% total (scopes 1 and 2) between 2014 and 2018.

Some of the key actions taken by the hospital to achieve these results were the appointment of an Environmental Manager, the establishment of a Procurement Committee to leverage its purchasing power to drive transformational change in the supply chain, and engagement with the local government of Pasto on sustainability projects. 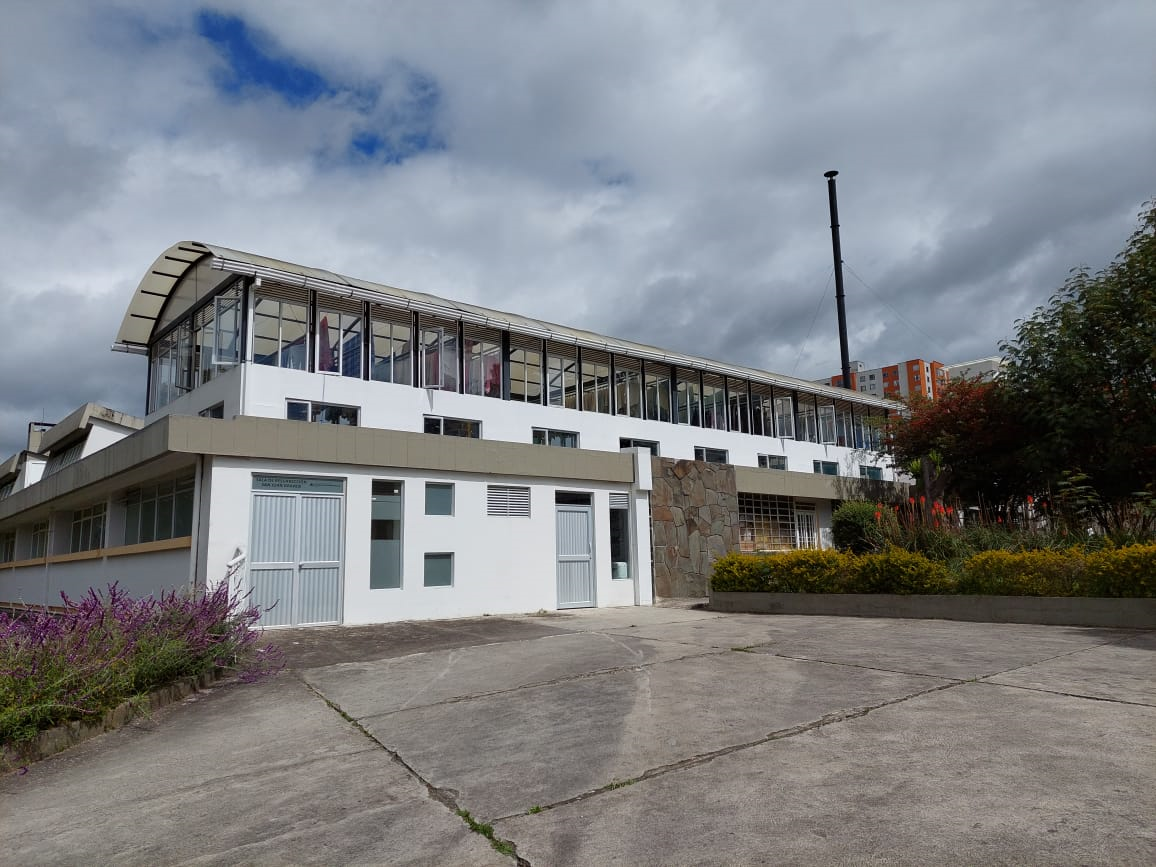 The hospital is using its purchasing power to drive the transformation of its supply chain; by 2019, it had invested more than 5,000 USD in sustainable procurement purchases. Most recently, Hospital San Rafael de Pasto joined the first cohort of health systems and facilities around the world to take part in the UNFCCC Race to Zero campaign, pledging to reach net-zero emissions by 2050, and reporting annually on its progress.

Some of the key lessons learned from San Rafael de Pasto’s experience include:

“Our patients are our allies in our mission to
educate, raise awareness and mitigate environmental impacts. We are aware of
the significant environmental burden of health care, and we have made it our
obligation and commitment to drive changes that allow for better patient care
while ensuring balance with the needs of our planet.”

You can read more about the efforts by the San Rafael de Pasto hospital in Healthcare Without Harm’s report the Hospitals that Cure the Planet.

Beck testifies cash from Georgia insurer was for real work