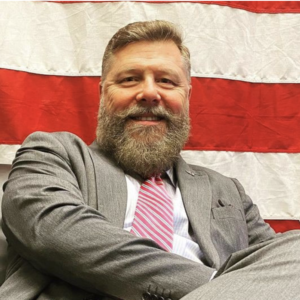 A Republican member of the House Transportation and Infrastructure Committee told InsideSources Democrats might be taking their aggressive infrastructure spending a bridge too far, and their legislation could die in the House.

Rep. Rick Crawford (R-Ark.) sits on the committee, which recently passed its version of the $547 billion INVEST surface infrastructure bill 38-26 with just two Republican votes. According to Crawford, the committee’s Democratic majority had little interest in finding bipartisan cooperation because they have a different strategy.

“I believe the goal is — and Chairman [Peter] DeFazio (D-Ore.) has said this himself — he wants to go to conference,” Crawford told an infrastructure roundtable hosted by InsideSources. “He wants to take the bill that’s coming out of the Senate and conference it with this bill.

“But it’s not a foregone conclusion that this is going to pass because, for every reason Republicans said ‘No,’ there are a significant number of Democrats who’ll say no for the opposite reason — because it doesn’t spend enough on green initiatives. Democrats only have a four-vote margin in the House. And by the way, there are a hundred members of the Progressive Caucus,” Crawford pointed out.

“So it’s not a slam dunk that this is going to pass the House next week.”

Crawford was joined on the panel by Andy Winkler of the Bipartisan Policy Center who expressed his own concerns about partisanship preventing an infrastructure deal.

“Infrastructure is the best idea that never happens,” Winkler said.

Ben Siegrist, Director of Infrastructure, Innovation and Human Resources Policy at the National Association of Manufacturers (NAM), pointed to what he sees as progress in the legislation.

“I think that it is very laudable that the authors of this bill did a plus-up a lot of the infrastructure investment that was included in the base of the bill, something like more than 50 percent of the last version of a surface bill as far as how the spending increased.” At the same time, he conceded Republicans had legitimate concerns about using the transportation funding bill as a way to regulate rail and other transportation industries.

“Some of the regulatory mandates in the INVEST Act related to mandatory crew size are going to introduce inefficiencies in the way that the freight system operates. That’s not something that we see as either necessary or beneficial. In fact, it is the exact opposite,” Siegrist said.

“We have a bill that will stifle innovation, hurt jobs, negatively impact rail fluidity and service, lead to a shift away from the rails and to a less-environmentally friendly mode of transportation, further congesting our highways,” Crawford said. “It’s a partisan product filled with special-interest policy and unnecessary operational requirements.”

By contrast, the panelists noted, the Senate Environment and Public Works Committee passed its version of the bill unanimously last month.

When it comes to jobs, Crawford said freight railroads provide excellent high-paying jobs with a Class 1 freight employee’s compensation averaging over $132,000 per year.

“On economic growth, freight rails’ economic impact in 2017 alone manifests itself in over 1.1 million jobs, $219.5 billion in economic output, $71.3 billion wages, and nearly $26 billion in total tax revenues on top of being the most fuel-efficient way to move freight over land.”

The bill as written, Crawford said, “will set back the industry at least a decade.”

House Republicans proposed many amendments to the INVEST Act. Few were approved.

“I submitted an amendment to strike a provision that prioritizes the state of good repair needs over constructing new highway capacity, which restricts states’ ability to make decisions whether they need to build new roads and bridges,” said Crawford. “Unfortunately, this common-sense amendment was not adopted.”

“It has been an absolute rollercoaster in the past week between different proposals, different baselines, what’s in the scope of the projects, the negotiations back and forth between the Biden administration in the gang of 10 in the Senate,” Winkler said. “We were disappointed not to see more meaningful progress on environmental rules and permitting because if we’re going to decarbonize our economy by 2050, we need to address some of the holdups that will affect clean infrastructure projects as much as they will traditional highways, roads, bridges, etc.”

It didn’t have to be this way, Crawford noted.