Researchers at Southampton University looked to see whether expanding land use requirements for wind and solar infrastructure would impact the ability to preserve biodiversity.

The tea found that only 15% of onshore wind and solar energy installations occur in important conservation areas, including protected areas and wilderness.

Also, only three European countries and three others, including the US and Brazil, show a higher than expected overlap of green infrastructure and conservation areas. 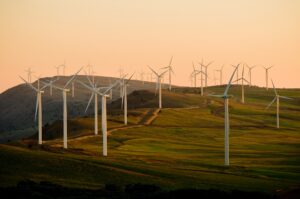 According to the authors, the rollout of expanded green energy infrastructure need not present a major threat to conservation areas if subjected to careful land-use zoning, especially in countries with limited land area and high human population density or species density.

Professor Felix Eigenbrod, the senior author on the study, adds ‘Our results are really encouraging as they suggest it should be possible, if we are careful, to ramp up wind and solar installations globally to help address the climate emergency without undermining critical efforts to conserve biodiversity.’

Lead author Dr. Sebastian Dunnett added: ‘This study is really encouraging for tackling the ecological emergency, as of course biodiversity itself will be badly affected by climate change. If we can expand the roll out of an important part of the climate solution – wind and solar power – without undermining critical efforts to conserve biodiversity, this will be a big step in the right direction.’