Food, prizes and the campus climate – The Oracle


The tri-annual Campus Climate Survey put on by the Diversity Initiatives Steering Committee is back, with prizes, events, food and is seeking student experiences on campus. 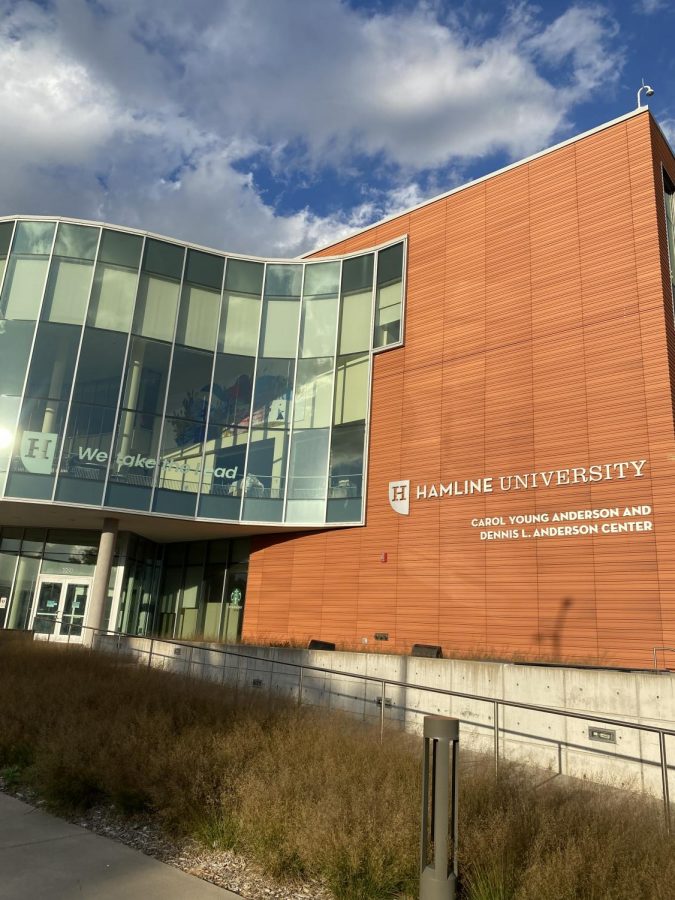 Taleah Alldritt
Anderson Center is located on the southwest corner of the Hamline campus. This building is where tabling occurred for promoting the Climate Survey.

The Diversity Initiatives Steering Committee (DISC) has been tabling in Anderson for the past few weeks to solicit staff, faculty and students to take their Campus Climate survey.

The climate survey is administered every three years with the last one taking place in 2018. The survey aims to gather data from the Hamline community on how the campus climate is for students, and what is going well or what needs improvement. This year’s survey includes a lot of questions about how the campus climate for students has been impacted by COVID-19 and the disruptions to learning in the past two years.

Pearl Buabeng, a junior, is one of the student representatives on DISC and has helped lead the survey this year.

“We’ve lost a lot of staff and faculty, so this survey is to give people a voice who might not be able to voice that. As an RA, I have noticed how residents are feeling disconnected from campus. So getting that data to support that [claim], will give us something to actually say ‘hey, we need to implement this policy to make sure that people feel included on campus, feel safe on campus, and feel supported.’ Buabeng said. “It’s kind of finding evidence for claims that we already know, but need that evidence to move forward with [making recommendations].”

This year the Climate Survey is using incentives and events in the Anderson Center to encourage students to complete the survey. Students are entered into a grand prize drawing to compensate them for their survey response, with the chance to win six different prizes. Some prizes include a $50 Cafe Latte gift card, Minnesota United FC soccer tickets and a Hamline hockey jersey.

Uniquely this year, DISC is using events and incentives at their table in Anderson to encourage responses. On November 9 they hosted a DJ with live music, and had free local catering from Black Sea for anyone who took the survey.

“As a student, I’m not going to do anything that does not involve food. That’s why I go to a lot of things. So one thing I suggested was that we needed an incentive for people to just take the survey because like, it’s a long survey. 10 minutes is a long time.” Buabeng said. “So we need something that will bribe people to do it. At first we were just thinking like snacks or candy or stuff like that, but Rachel Pierce, Kate Meyer and I were like we kind of need something a little more fancy, so that’s how we got Pho Pasteur and Black Sea involved with it.”

Students can take the survey and be entered for the grand prize drawing by stopping by the DISC table in Anderson or by visiting www.TinyUrl.com/HamlineClimate.

Buabeng encourages students who are passionate about diversity on campus to come to future DISC events, apply for a seat on the steering committee next year or to contact her to get more information on becoming involved, pbuabeng01@hamline.edu.