“I’m convinced that the future of finance is cryptocurrency, in one form or another, and you can see that it has already become a reality,” says Leo Seewald, director of MaiCoin, Taiwan’s largest crypto exchange.

As the former president of the American Chamber of Commerce in Taiwan (AmCham Taiwan) and the former country head of BlackRock in Taiwan, Leo Seewald is a financial services leader with over 20 years of experience in the industry.

Coming from a traditional finance background, he is now a director at MaiCoin, Taiwan’s largest legal digital asset trading platform that is expected to launch a Taiwanese dollar-backed stablecoin later on this year. Being one of the leading voices in the crypto space, we got the chance to speak with Seewald about his thoughts on developing an ecosystem for decentralized digital money in Taiwan. 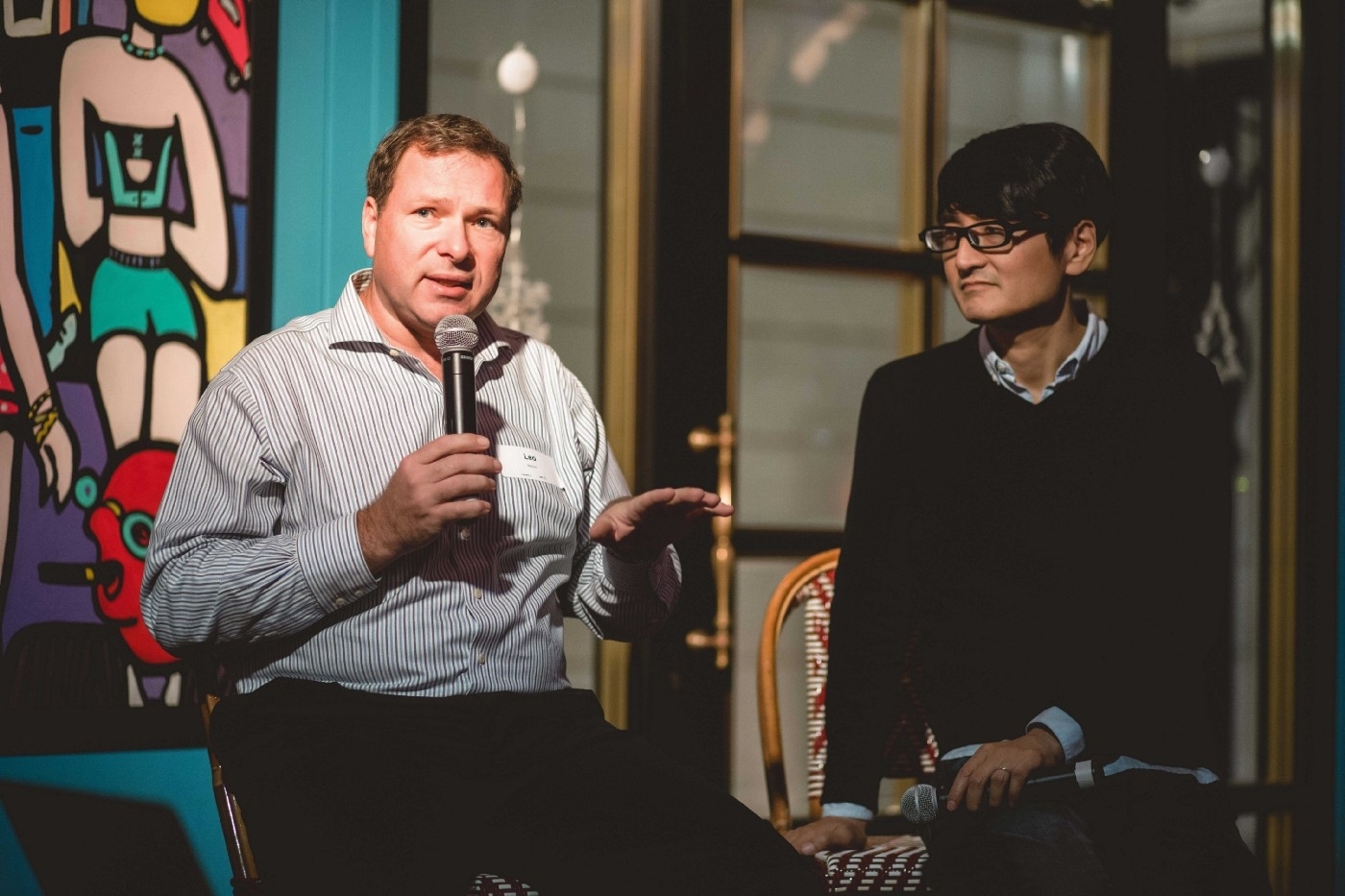 Leo Seewald was a guest speaker at this year’s IVS Beta event held by Headline Asia and IVC. He shared his thoughts about the crypto industry. (IVC photo)

The future of finance is cryptocurrency

Everyone is always interested in asking Seewald why he moved into crypto. For him it’s simple: “I’m convinced that the future of finance is cryptocurrency, in one form or another, and you can see that it has already become a reality.”

He says a notable example we can observe in the Asian market is China, which is pushing forward the rollout and adoption of its digital Renminbi (RMB). “They have already started with its E-RMB and are asking companies such as McDonald’s to use it when the Winter Olympics come.”

Seewald thinks there are a number of reasons for China to push forward the use of its E-RMB, one of which is the ‘Belt and Road Initiative’. “A lot of the countries that operate there will not be very well banked, so using a cryptocurrency like E-RMB will really help them develop those markets, like being able to pay the staff there easily. People won’t even need a bank account — they can all use E-RMB.”

“So it doesn’t matter what you think are the more trendy types of cryptocurrencies; from my perspective, it’s a clear transition that’s going to happen.” Then how do we bridge the gap in this transition from traditional finance to modern finance like crypto? Seewald believes the answer lies in stablecoins, which is a new class of cryptocurrency backed by real-world assets such as fiat currencies, commodities and gold.

MaiCoin is expected to launch a new stablecoin this year that is backed at a 1:1 ratio with the Taiwanese dollar. (Meet Global photo)

The growth of stablecoins is gaining momentum, and according to a recent report from the U.S. President’s Working Group on Financial Markets, this class of digital assets is now a $127 billion industry (as of October 2021).

Some of the most popular stablecoins at the moment are USD-backed cryptocurrencies: Tether (USDT), Coin (USDC) and Gemini Dollar (GUSD). As the name suggests, stablecoins are less volatile by design compared to other cryptocurrencies such as Bitcoin and Etherum, as they are typically backed by a fiat currency like the U.S. dollar, Euro and the Japanese yen (JPYC).

To drive the adoption of digital currency in Taiwan, MaiCoin is expected to launch a new stablecoin this year that is backed at a 1:1 ratio with the Taiwanese dollar. “Profit isn’t our ultimate goal,” explains Seewald on the conservative approach they are taking with this launch. “What we want to do is to develop a safe and regulated ecosystem of cryptocurrency that can improve the investment climate and trading environment in Taiwan.”

Building trust and taking a conservative approach with this launch is important, so “there’s no way you will get burned,” says Seewald. “When you look at USDT and USDC, that’s the concern there is. If people want their money back right away, you will have a problem. But we’re so conservative, we will be able to do that.”

Policymakers in Taiwan are open to new ideas

Seewald understands more time is needed to develop a commercial market for cryptocurrency in Taiwan. “We’re trying to get a consortium right now in Taiwan. We’re talking to payment platforms, credit card companies, large financial institutions, tech companies that can use it in its supply chains. We’re also talking to companies in Japan and the U.S. to get them involved as well because they all have an interest in it. I want us to come together and make sure this is governed in a way that we all like, and that it grows in a way we all like because these are the people who are going to use it.”

Regulations in this sector will be critical in order to develop a healthy and safe ecosystem, so proactive and continuous engagement with policymakers is a must for Seewald and the team at MaiCoin. When we asked about his own experiences in dealing with policymakers in Taiwan, he said they are always interested in hearing from the crypto market. “They are very forward-thinking and want us to keep them advised. We have discussions around the latest developments and financial stability challenges.”

It turns out finance isn’t the only thing Seewald is passionate about. As a naturalized citizen of Taiwan and an avid fisherman with his own boat, Seewald’s deep love for the ocean has inspired him to make a documentary about Taiwan’s fishing harbors. “When you look at the fishermen in Taiwan, a lot of them are in their 50s and 60s — a lot of the second generation doesn’t want to do it. It’s a very difficult job. And I had a dream a few years ago to go into every fishing harbor, there’s around 230 of them in Taiwan. Not many people can say they’ve done this, so I thought why don’t I document this?”

Seewald plans to talk to local fishermen to find out their stories, learn what fishes they catch and explore the rich history of each harbor. “I hope people can learn more about Taiwan’s fishing industry through this documentary — it’ll be like looking at Taiwan from the ocean.”

From finance to fishing, it’s all about making a difference in Taiwan for Seewald. “I first came to Taiwan to work and started to really enjoy living here. I like the food, the people, all that regular stuff, yes, but I also like the fact that I think I can make a difference here. And it’s not in every place you can make a difference; so if there are projects you can do here, and work with the government and they listen, you can actually make changes here.”

About Meet Global – Launched by Business Next Media in 2011, Meet is a go-to platform for the startup community, news, events, talents, partners, funding, and more. Meet is a pioneer fostering the startup ecosystem and social network in Taiwan, providing various online and offline services. Meet Taipei Startup Festival, powered by Meet, is bound for the largest tech startup conference and exhibition in Asia. For more start-up stories, go to meet-global.bnext.com.tw/

SIR DAVID ATTENBOROUGH: “Why we must take jolly good care of this planet”

SIR DAVID ATTENBOROUGH: “Why we must take jolly good care of this planet”