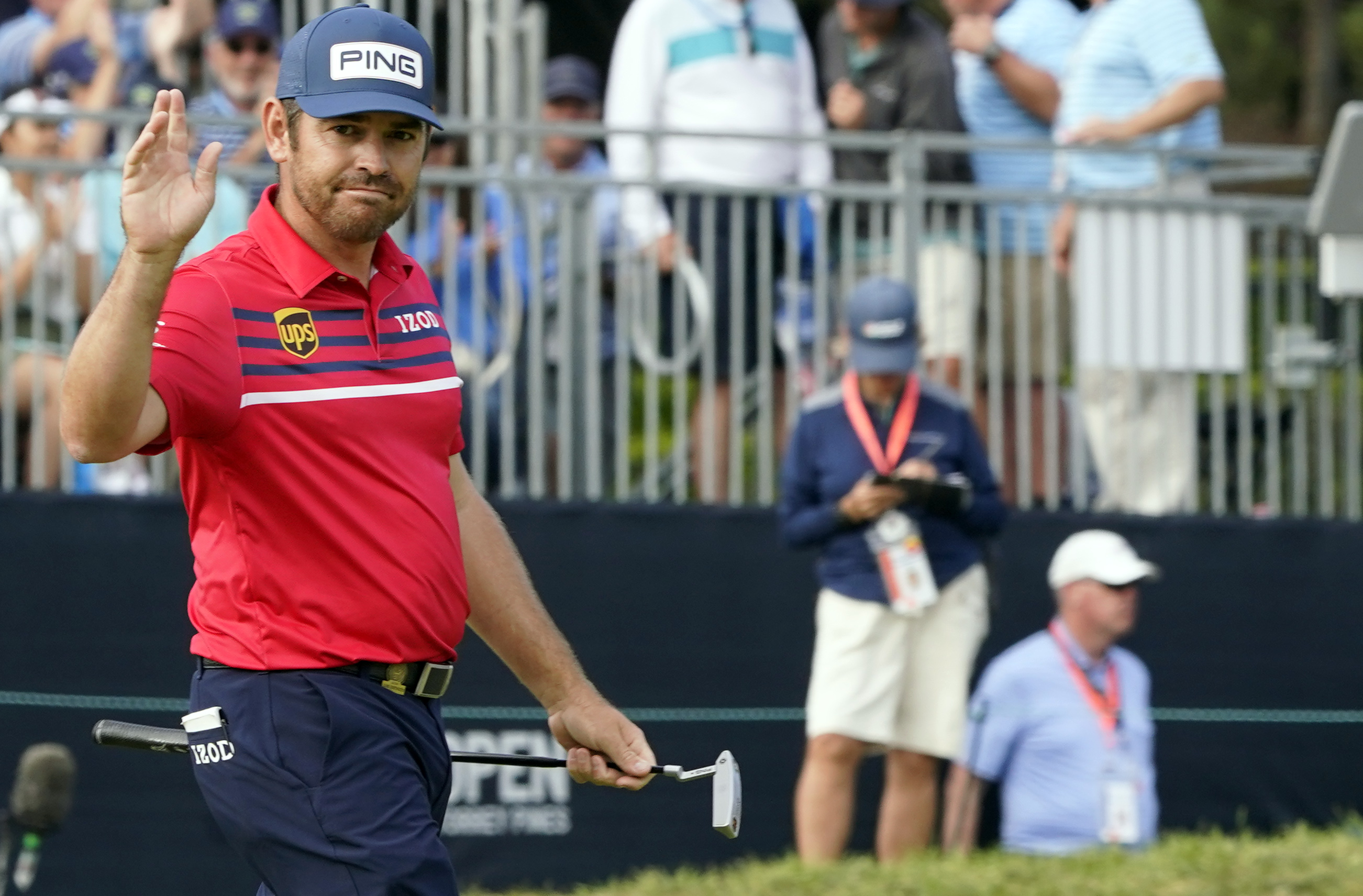 Louis Oosthuizen waves to the gallery after his eagle putt on the 18th green during the third round of the U.S. Open golf tournament at Torrey Pines Golf Course. Michael Madrid-USA TODAY Sports

Finishing second in two majors in a single year would rank high on any golfer’s wish list — lower than winning both, but still pretty high.

In May, Oosthuizen stayed in contention for the PGA Championship at the Island Course of Kiawah Island, South Carolina, right up until the 13th hole in the final round. Unfortunately, he found the water. Phil Mickelson won the tourney, becoming the oldest golfer to win a major at 50. Oosthuizen was two shots behind, and tied Brooks Koepka for second.

In June, once again, Oosthuizen was right there at the top heading into the final day of the U.S. Open at Torrey Pines in La Jolla, California. But in the end, he couldn’t hold off Spaniard Jon Rahm, and ended up a shot behind.

Overall, Oosthuizen has finished second in a major six times during his career.

Second again: Louis Oosthuizen ‘frustrated’ and ‘disappointed’ after yet another runner-up finish