How green is your pension? How to make it planet-friendly


From recycling to reducing car journeys, there are plenty of changes that people can make to go green.

Tackling climate change can also extend to your pension though, which is important if you want to retire into a more sustainable and greener world.

Here is how to decarbonise your pension. 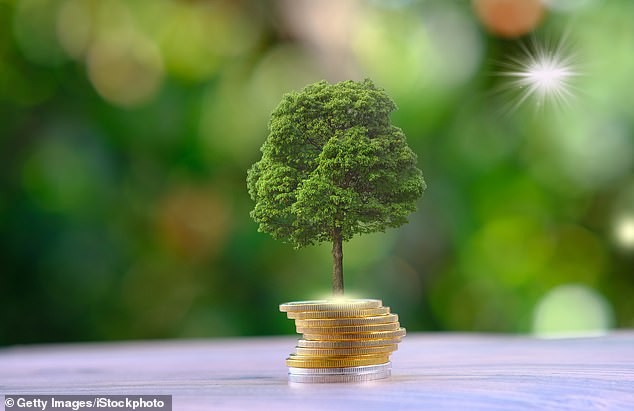 Two thirds of people are concerned that their company pension could be investing in businesses that are contributing to the climate crisis – is yours?

Climate change is a big political and financial theme

The UK government has pledged to hit net zero carbon emissions by 2050 and joined G7 leaders including the US, Canada, Japan, France, Germany and Italy last month in committing to halving collective emissions by 2030.

Financial services has become a key part of the UK’s journey to reach net zero.

A new remit has been added to the Bank of England’s mandate in the March Budget that said it should support the ‘transition to an environmentally sustainable and resilient net zero economy.’

Additionally, the Financial Conduct Authority is considering introducing climate-related disclosure requirements for regulated firms such as investment funds and the Pensions Regulator has proposed that schemes protect savers from climate risks.

What does this mean for your pension?

Most people with a pension have their money in defined contribution schemes.

This could be through your workplace or a personal pension.

Your pension is typically invested in a pension scheme that includes funds backing companies from around the world.

The scheme will aim for long-term returns so you have a decent retirement pot once you hit your golden years.

This could mean you have money in well-known brands such as technology and drinks companies, or even banks. It may also include smaller fast-growing companies to boost the value of your portfolio.

Some of those companies you hold may be doing planet-friendly things, but others might be damaging the environment in the way they go about their business. Paying attention to that is becoming increasingly important to people from a personal perspective and also financially – as those firms that damage the environment are likely to be penalised over the long term.

Profit is still an important factor but financial regulators as well as fund managers and their investors are also becoming more concerned about the impact companies have on the world that we live in.

How green is your pension?

Many future retirees may want their golden years to be green but might not realise that their pension is indirectly contributing towards climate change.

Research by workplace pension and savings provider Cushon has found that people are increasingly concerned about the impact their pensions are having on climate change.

Two thirds are concerned that their company pension could be investing in businesses that are contributing to the climate crisis, while 88 per cent of employees in workplace schemes want their employer to take action to address this such as by moving to a climate-friendly pension provider.

For example, a pension may back oil or energy companies still focused on fossil fuels such as coal that are bad for the environment.

There may be car companies in your pension that make vehicles with high levels of carbon emissions, or a business with suppliers that have poor environmental practices.

Alternatively, your pension could invest in firms involved in renewable energy, the shift to electric vehicles, reducing the textile waste, or companies taking an active stance on improving the environmental impact of their business.

Cushon research shows most people have no idea how much carbon emissions their pension might be helping to finance.

They may be shocked to find out that the average UK pension pot unwittingly finances an average of 23 tonnes of CO2 emissions every year through the businesses it invests in, according to Cushon.

That is the equivalent of running either nine family cars each year or burning 1,100 coal fires annually.

You would need to recycle for 19 years or plant 30 acres of new forest to counteract these effects, based on Environmental Protection Agency figures. 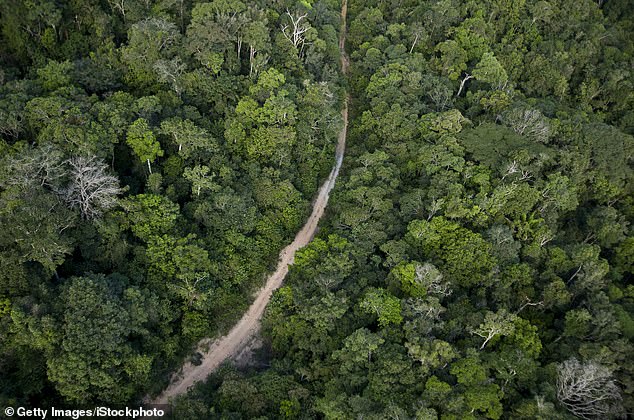 Cushon’s net-zero pension is the first of its kind, helping investors ensure their money is helping tackle climate change

This means they exclude certain companies from their pension portfolios due to their behaviour and environmental impact or use their position as a shareholder to influence change.

Some pension companies have committed to hitting net zero in the coming decades. But others are taking more immediate action.

Around half of the Cushon pension is invested in funds which avoid carbon and invests on an ESG basis, considering investment themes, as well as using its stake in companies it backs to change a company’s approach.

Some of the other funds in the Cushon scheme are less environmentally focused, but it uses carbon offsetting to neutralise any emissions made by these investments.

This is a practice where a company buys carbon offsets, such as backing an environmentally-friendly project, to make up for the equivalent carbon emissions.

Cushon uses a carbon offsetting firm called Vertree that supports nature-based projects. One of the Vertree offset projects that Cushon contributes to is the Katingan Mentaya Project in Indonesia.

The project protects vital peatland habitats in Central Kalimantan, Indonesia, for five Critically Endangered, eight Endangered and 31 Vulnerable species. The protected area is home to between 5 and 10% of the global populations of the Bornean Orangutan, Proboscis Monkey and Southern Bornean Gibbon. The project works in partnership with the local communities to ensure natural forest restoration and protection, activities aligned to the UN Sustainable Development Goals.

These offsets are funded solely by Cushon rather than using investor money. Pollard adds that this provides an incentive to use fewer carbon offsets in the future and ensure the underlying funds are greener. Cushon is in the process of revising its investment strategy even further to reduce more carbon, and invest in even more environmentally and socially responsible investments.

Pollard explains: ‘We gave a mandate to all our investment managers to say we want to achieve net zero within the funds we have.

‘In going to net zero now, we didn’t want to compromise investment returns for our members.

‘Disinvesting or just excluding those with large carbon offsets is one way to deal with the problem but there is also an argument that by engaging with companies that contribute to carbon emissions you can help encourage them to change their behaviours.

‘We even allow our members to vote on ESG issues via our app – helping them to have a say on key environmental issues at the companies they are invested in.’

This article is paid content. Readers are advised to do their own research and take professional advice if suitable before acting on any information.

Some links in this article may be affiliate links. If you click on them we may earn a small commission. That helps us fund This Is Money, and keep it free to use. We do not write articles to promote products. We do not allow any commercial relationship to affect our editorial independence.