With help from Anthony Adragna, Kelsey Tamborino and Alex Guillen

Editor’s Note: Morning Energy is a free version of POLITICO Pro Energy’s morning newsletter, which is delivered to our subscribers each morning at 6 a.m. The POLITICO Pro platform combines the news you need with tools you can use to take action on the day’s biggest stories. Act on the news with POLITICO Pro.

— EPA Acting Air Chief Joe Goffman lays out plans for agency priorities in a POLITICO interview, including how lessons learned from the failure of the Obama-era Clean Power Plan.

— President Joe Biden’s nominee to head the Bureau of Land Management, Tracy Stone-Manning gets a hearing in front of the Senate Energy and Natural Resources Committee this week.

HAPPY MONDAY! I’m your host Ben Lefebvre, filling in today and Tuesday for Matt Choi who is taking a well-earned vacation. To start things off, here’s a little trivia from my hometown: Which president was assassinated by a Detroiter? Send your trivia answers, news tips and Coney fries recipes to [email protected]. Find me on Twitter @bjlefebvre.

Check out the POLITICO Energy podcast — all the energy and environmental politics and policy news you need to start your day, in just five minutes. Listen and subscribe for free at politico.com/energy-podcast. On today’s episode: Can cap and trade enter coal country?

A message from Equinor:

Can a wind turbine generate more than electricity? We believe it can. At Equinor, we’re planning to power more than 1,000,000 homes in New York with homegrown, renewable energy. But we can do more. As a broad energy company with an ambitious net-zero target for 2050, we’re pursuing the development of offshore wind projects in the US and quickly becoming a leader in the country’s growing offshore wind industry.

THE LONG AND WINDING TALKS: Energy Secretary Jennifer Granholm on CNN’s “State of the Union” Sunday morning said the White House will talk again with Republicans today to pin down a so-far elusive bipartisan infrastructure package. Granholm signaled impatience with the intractability of the process, however, saying “this has got to be done soon.”

And she took to task GOP lawmakers who have voiced support for certain energy projects but then omitted them from their own infrastructure counteroffer. “For example, they have been talking about investing in the transmission grid,” Granholm said. “That’s infrastructure, both making it more resilient and making it cyber-proof, expanding capacity. That’s not in their counteroffer. They have been talking about expanding and supporting nuclear. That was in the president’s plan. It’s not in their plan … So it’s just curious why there isn’t more coming together.”

Granholm also raised eyebrows with her answer to Jake Tapper’s question on whether U.S. adversaries have the power to shut down the U.S. power grid. “Yes, they do,” she answered. saying there currently “thousands of attacks on all aspects of the energy sector and the private sector generally.”

How this is back-and-forth playing with the most important voter in government? Granholm told CNN: “Joe Manchin still has hope.” POLITICO’S Quint Forgey has more.

Manchin, the moderate West Virginia Democrat who some progressives complain is single handily blocking more than one Biden priority, told “Fox News Sunday he has “all the confidence in the world” a bipartisan agreement is near. “I commend the president and Sen. [Shelley Moore] Capito, my colleague from West Virginia, for continuing to work hard,” Manchin said. But he did indicate he thought the ball was now firmly in Republicans’ court after Biden took the knife to his his nearly $2.3 trillion initial demand. “My goodness, the president has gone from $2.25 trillion down to $1 trillion,” he said. “The Republicans have come up quite a bit from where they started.”

Meanwhile, progressives are getting antsy. Leaders of liberal organizations say they’re losing patience, fearful that the White House is wasting time in pursuit of Republican votes that are unlikely to materialize. “Every day that passes where we’re still sort of hopelessly pursuing a mirage of bipartisanship is a day that we’re not moving on to the priorities that Democrats were actually elected to do,” said Leah Greenberg, a co-founder of the liberal organization Indivisible. Laura Barrón-López, Christopher Cadelago and Sam Stein broke it down here.

On Friday, a few dozen activists from the Sunrise Movement flocked to the White House — and plan to do so again — to urge Biden to abandon infrastructure talks with Republicans and pass lofty climate change legislation with just Democratic votes. They asked for Biden to directly meet with progressive leaders, including their executive director Varshini Prakash, and ensure the creation of a Civilian Climate Corps that they say would put 1.5 million people back to work.

“To watch him prioritize Republicans in creating his plan [rather] than the young people who elected him, we cannot let Biden off the hook,” Audrey Lin, an organizer with Sunrise, said at the Friday protest. Biden was not present in Washington for most of the protest, during which a group of nearly 20 demonstrators blocked an entrance to the White House for several hours before the police arrested them.

EPA’S ACTING AIR CHIEF SPEAKS: Joe Goffman, EPA’s acting air chief, in an interview with Pro’s Alex Guillén and Kelsey Tamborino, said that despite the familiar faces now working in the Biden administration, they are are more than just Obama 2.0. Unlike his former boss, Biden in 2020 campaigned heavily on trying to fight climate change: “We’re working in an administration led by a president who staked a significant amount of his electoral fate on prioritizing climate change and environmental justice and environmental protection in general,” Goffman said in a virtual interview on Friday.

Goffman, one of the original writers of the Clean Power Plan, is charged with crafting a new replacement capable of surviving review by the Supreme Court, which has become more conservative since it struck down the Obama era regulation. The agency has learned its lesson from the legal challenges, he said, and he told Alex and Kelsey that between the Clean Power Plan and much looser Affordable Clean Energy pushed by the Trump EPA, the agency “can make a virtue of that experience to inform how it goes forward and addressing CO2 emissions in the sector.”

Goffman was “hesitant to answer” Alex and Kelsey’s question on whether the Renewable Fuel Standard that governs biofuel use had helped reduce emissions, but said the agency was actively mulling the possibility of allowing electric vehicle makers to trade in renewable fuel credits. “We’re taking that on as a live question that we would like to provide an answer to,” Goffman said. “Not just an advisory answer to, but to see if there’s a kind of programmatic strategy that we can identify and develop because it’s potentially a powerful policy.” Read the entire interview here.

HEADS UP FOR LAND MANAGEMENT: Interior’s Bureau of Land Management is one step closer to getting something it hasn’t had for years: A permanent director. The Senate Energy and Natural Resources Committee will hold a hearing Tuesday on the Biden administration’s nominee for the job, Tracy Stone-Manning. If her nomination gets through the committee and wins a full Senate vote, the Montana native and former aide to Sen. Jon Tester (D) and former Gov. Steve Bullock, would be the first BLM director since Neil Kornze stepped down in 2017. Stone-Manning has won plaudits from environmental groups, but it’s so far been mum from Committee Chair Manchin, Ranking Member John Barrasso (R-Wyo.) and Sen. Steve Daines, the only committee member from Montana.

ME got a first look at a new report ACP is releasing today on clean energy jobs numbers, something sure to come up during the conference. According to the data crunched by BW Research Partnership, the U.S. could create 4.94 million job-years (i.e., one year of work for one person) through 2030 if renewables and battery storage deployment ramps up high enough to account for 50 percent of electricity generation over the next decade. If you cranked that to 70 percent of net generation over the next 10 years, it would result in 6.01 million job-years.

“What we’ve really found is that the job growth that we’re expecting is going to outpace labor supply, and it’s really going to require an all-of-the-above approach to fulfilling these jobs, putting Americans to work, and getting this green energy transition fully underway,”said John Hensley, vice president of research and analytics for the ACP, told ME. To meet that level of demand, it will require building talent pipelines, training programs, public-private partnerships, community college programs, vocational training and coordination with labor groups, Hensley said, though he noted that many of the job opportunities are in sectors of the economy that are already heavily unionized.

The report also points out a challenge — and opportunity — ahead for the Biden administration: Getting enough people trained and added to the workforce, quickly. Labor supply projections show there would be shortages in the workers needed to meet all of the newly created jobs from increasing clean energy to 50 percent or 70 percent of generation by 2030. The U.S., for example, will need more than 40,000 electricians, 9,000 welders, 7,000 wind technicians above labor projections. 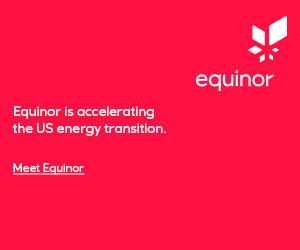 ANY WAY THE WIND BLOWS: Speaking of clean energy, nine East Coast governors from both parties wrote to Biden on Friday to lay out their priorities as the U.S. seeks to expand its nascent offshore wind industry. “To revitalize our aging port infrastructure and deliver a new high-paying offshore wind workforce, we need continued federal leadership to prioritize the development of and provide a predictable long-term plan for the industry,” they wrote.

Among their aims, the governors called on the Biden administration to set long-term targets for Bureau of Ocean Energy Management lease-area scoping and establishment that can support their states’ offshore wind procurement timelines. They also ask the administration to consider setting targets for offshore wind ports and to ensure there is adequate transmission capacity, including by instructing FERC to direct regional system operators to initiate policies that encourage collaboration and stimulate investment in the planning and development. The letter was signed by the governors of Connecticut, Maine, Maryland, Massachusetts, New Hampshire, New Jersey, New York, Rhode Island and Virginia.

THAT’S ALL FOR ME!

A message from Equinor:

The energy transition is the defining challenge opportunity of our time. Without energy, the world would simply stop. Today, 80% of energy comes from fossil fuels—and the energy system has to change. The world needs energy — but it must be affordable, reliable, and accessible. How will we do it? By accelerating the energy transition. At Equinor, we’re growing our portfolio in renewable energy and cutting greenhouse gas emissions. We’re already planning to power more than 1,000,000 homes in New York with homegrown, renewable energy. But for us, that’s only the beginning. By the time the global population reaches 9 billion in 2050, our goal is to have net-zero emissions. Discover more about Equinor at www.equinor.com/USA.