The United Kingdom (UK) COP26 Presidency and the ASEAN Centre for Biodiversity (ACB) recently co-convened ‘ASEAN-UK COP26: Framing the Future for Nature and Climate’, a virtual event exploring the important role that ecosystems, like forests, wetlands, and marine and coastal areas, play in combatting climate change.

The event discussed best practices and experiences from across the ASEAN region, and discussed the need to scale up ambition on nature-based solutions on climate and biodiversity. In addition, the event showcased the findings of the ‘Dasgupta Review on the Economics of Biodiversity’, and the applicability of its findings to the ASEAN region.

It was also an opportunity to bring the region together in preparation for the regional and global meetings, including the Third ASEAN Conference on Biodiversity, the 15th Conference of Parties to the Convention on Biological Diversity, and the 26th Conference of the Parties (COP26) to the United Nations Framework Convention on Climate Change (UNFCCC), all taking place this year, with the UK presiding over COP26, in partnership with Italy.

The event drew over 500 participants, who were welcomed with a video message from renowned naturalist Sir David Attenborough specific for Southeast Asia.

Meanwhile, Dr Lim explained that while the ASEAN region is among the most vulnerable to climate change, solutions are within its reach, considering its wealth of biological resources and diverse ecosystems. 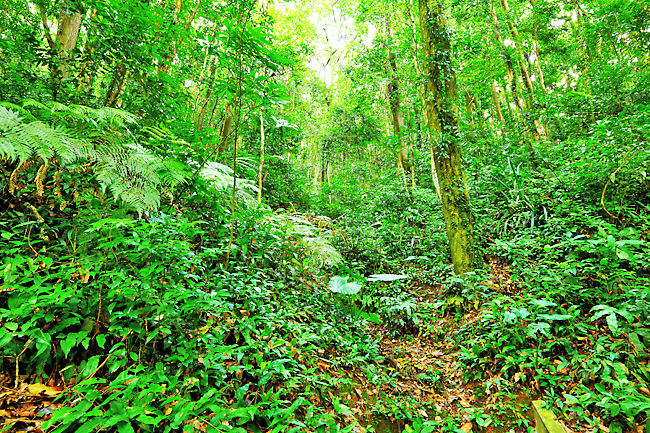 “The integrity of these ecosystems contribute to adapting and mitigating strategies against the impacts of climate change – mangrove, peatland, and marine ecosystems help curb rising temperatures, avert disasters, and serve as carbon sinks as well,” she said.

Ambassador Pruce emphasised the need to scale up nature-based solutions in ASEAN to curb global warming and build resilience to climate impacts, through ending deforestation, committing to protect 30 per cent of global land and ocean by 2030.

“Nature-based solutions are vital in safeguarding our climate, air, water and way of life for future generations,” the UK Ambassador said, citing that nature is a priority under the UK’s Presidency of COP26.

The event featured thematic sessions on protecting carbon sinks and nature’s role in climate adaptation, reducing emissions from unsustainable exploitation of nature in the region, and financing nature-based solutions.

Another highlight was a special fireside chat between Professor Sir Partha Dasgupta and Demetrio L Ignacio (former ASOEN Chair of the Philippines). Professor Dasgupta advised ASEAN policymakers on applying the findings of the Dasgupta Review on the Economics of Biodiversity in an ASEAN context.

Representatives from Cambodia, Indonesia, the Philippines, Singapore and Vietnam shared reflections on the event, and showcased national action that they are taking in applying and scaling nature-based solutions.

Brunei Darussalam has a pristine rainforest protected by law and is considered to be Southeast Asia’s biodiversity hotspot due to its diverse ecosystem. Despite occupying less than one per cent of Borneo land area, it is ranked second among ASEAN member countries with high forest area.

Brunei is a small country with a total area of 5,765 square kilometres, and 72 per cent of its land area is still covered by biologically diverse-rainforest. There are rich biodiversity resources that remain safeguarded but not yet well documented. The country’s flora and fauna in record are estimated to be around 9,000 species of seed plants including 2,000 tree species, and 960 wildlife species of mammals, birds and reptiles. About 58 per cent of this is conserved under the Heart of Borneo initiative.

Brunei’s peat swamp and lowland forests are still among the best preserved in the region, and constitute rare and precious ecosystems which are believed to play a key role in global climate control.

Brunei only contributes about 0.025 per cent to the global carbon emissions. However, we can already see and feel the impact. Currently, there is some early evidence of climate change especially in rising sea levels, rainfall, forest fires and landslides.

In Brunei’s adaptation to climate change, the country’s national policy goal is towards climate resilience and the government has spent about BND68 million in infrastructure under the National Development Plan, which focusses on water security, flood mitigation and improved sanitation.

Forests remain as today’s most effective nature-based solution for climate mitigation, as it is for climate adaptation. The restoration of forests not only reinstates the ecological functioning, but it also accelerates the recovery of biodiversity.

Brunei Darussalam adopts a whole-of-nation approach in addressing adverse changing climate patterns; and through effective policies, careful planning and management, the country is committed to pave low carbon and climate-resilient pathways for a sustainable nation.

The Brunei Darussalam National Climate Change Policy (BNCCP) was introduced in June 2020, aimed at paving the nation’s pathways towards a low carbon and climate-resilient future, through 10 key strategies.

Strategy Two of the BNCCP focusses on increasing the national carbon sink value to stabilise the country’s greenhouse gas emissions in the long run, through preservation of the country’s 72 per cent forests coverage, and planting new 500,000 trees by 2035.