A group of gorgonian octocorals that provide shelter for fish and invertebrates in the deep sea is the subject of NIWA’s latest Biodiversity Memoir.

Published since the 1950s, our biodiversity memoirs list and describe all known species within an animal group inhabiting New Zealand waters, accompanied by beautiful and detailed photographs.

The subjects of our latest memoir are shaped like trees, fans or bottle brushes and are susceptible to the impacts of fishing and seabed mining so knowledge of this group’s biodiversity is critical to improve their management.

Within New Zealand waters primnoid fauna is diverse and widespread and legally protected.

This is the third and final Biodiversity Memoir on primnoid octocorals of the New Zealand region and was written by Dr Stephen Cairns from the Smithsonian Institute and focuses on the genus Thouarella Gray. 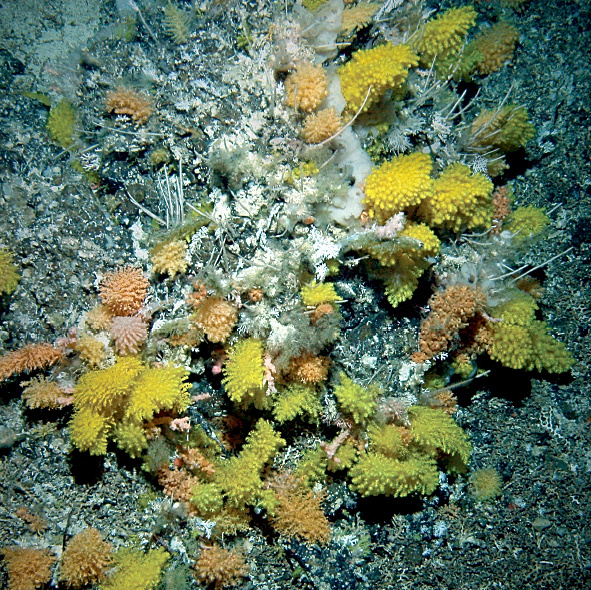 Two additional primnoid species are also reported as new records for the New Zealand region: Metafannyella rigida sp. nov., and Dasystenella austasensis (Zapata-Guardiola & López-González, 2010). This brings the number of primnoid coral species known from primarily within the New Zealand Exclusive Economic Zone to 67, including 63 named and four unnamed species, the most species-rich family among the New Zealand Octocorallia.

The NIWA Biodiversity Memoir series describe the taxonomy of New Zealand marine life, mostly for invertebrates such as sponges, corals, marine worms, molluscs, crustaceans and sea stars. They highlight the uniqueness, strangeness and diversity in our waters while also providing the foundation for marine biological and ecological research.

The NIWA Biodiversity Memoir series is available for free download as PDF files.