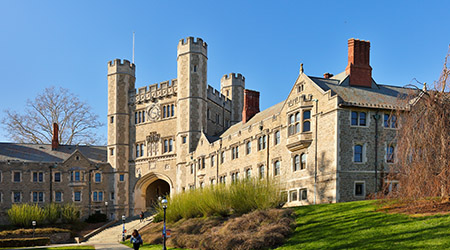 Institutional and commercial facilities are undertaking a range of changes to both their processes and projects to minimize facilities’ impact on the environment and even achieve net-zero carbon emissions. For engineering and maintenance managers in many organizations, the process is a gradual process of upgrading buildings, systems and components as resources become available. Then there is Princeton University.

To meet its energy needs and achieve net-zero emissions by 2046, the university has undertaken a complete rethinking of the way it uses and supplies energy in every lab, every office, every dorm room, in each parking lot and garage — even on pathways and playing fields.

“The groundwork for this massive undertaking is being installed now as the university undergoes one of the most extensive building programs in its history over the next decade,” according to the university. “Like most institutions, Princeton has relied primarily upon energy sources — primarily steam heat and electricity — that are powered by burning fossil fuels. Today, the university is moving toward a system that will employ a combination of combustion-free technologies to optimize and reduce overall energy usage and eliminate carbon emissions.”

Princeton is phasing out steam generation for heating and implementing a new low-temperature heating water energy system driven by electric heat pumps, thermal storage, and geo-exchange, which captures heat from inside buildings in the summer and stores it in the ground until it is needed again in the winter.

The district energy system simultaneously will provide for the university’s other major energy needs: heating water for domestic hot water and heating spaces; chilled water for cooling spaces and equipment such as lasers, electron microscopes, CT scanners and computer facilities; and delivering electricity via a microgrid. It will be powered largely by electricity generated from renewable sources, including Princeton’s own supply of solar energy.

“By 2046, we should have a super energy-efficient campus with a system that’s super reliable, and one that’s fully powered through renewable energy,” said Ted Borer, director of Princeton’s energy plant. “Princeton has the opportunity to lead by example, so even in our facilities, people are going to look at us and say, ‘Wow, now that I see what Princeton has done, I get it. I can follow their thought process at my facility.’ We can influence thousands, tens of thousands, even millions of others by our actions on campus.”

The university is on its way to making significant shifts in its energy use, as mapped out in the Net-Zero America report from Princeton. Every scenario proposed by the researchers involved massive investments in energy efficiency, extensive electrification in transportation and buildings, energy storage and unprecedented expansion of clean energy production. Princeton’s steam distribution system runs through a network beneath the campus and serves 180 buildings, some dating back to the 1700s.

“It’s a fairly inefficient delivery system, and we can do much, much better than that,” Borer said. “We estimate that 20 percent of the energy we create never makes it to the buildings. It’s lost out into the ground, which is colder than the steam in the pipe.”

Princeton’s new hot-water heating system has many advantages compared to steam. Primarily, it operates at a far lower temperature, which requires less energy. While buildings on campus have traditionally received steam heat at 450 degrees, they will now be supplied with hot water heat at 140 degrees.

To reduce the overall load on the new system, Princeton is improving the efficiency of its existing buildings. This process can involve replacing single-pane windows with double- or even triple-pane windows. It also involves adding insulation where needed and air sealing buildings to eliminate the loss of heat in the winter and cooled air in the summer.

Life-cycle cost analysis shows it is less expensive to build, maintain and operate the new systems than it is to continue operating the existing systems.

Says Borer, “Overall, upgrading the buildings and converting from steam to district hot water, using heat pumps, thermal storage and geo-exchange should result in the university heating and cooling systems requiring about one-sixth as much input energy as they do today.”

Read next on FacilitiesNet

Germany grapples with weird ways to dodge its debt brake

Germany grapples with weird ways to dodge its debt brake