SHIFTING THE TRILLIONS — Shareholders are celebrating long-fought climate wins at some of the world’s largest corporations, but a potentially more powerful financial movement is on the verge of exploding as central banks join the fight against greenhouse gas emissions.

The Bank of England this month launched a climate exploratory scenario. The Bank of France recently concluded its first climate stress test pilot. The European Central Bank will begin testing significant banks against climate risk in 2022. The central banks of Australia, Brazil, Canada, Hong Kong and Singapore are planning climate stress tests this year and next.

“The time for voluntary bank action has passed,” said Maximilian Horster, head of ISS ESG, the responsible investment arm of Institutional Shareholder Services. “There is no place to hide.”

The U.S. Federal Reserve has no mandate to help reduce greenhouse gas emissions, nor is it conducting climate analysis. Yet.

But: “There’s a lot to like about climate stress tests,” which are emerging as a principal tool for assessing risk, Fed Chair Jerome Powell said Friday at a conference sponsored by the Bank for International Settlements.

For now, negative outcomes won’t directly affect a bank’s capital requirements. That could change. If it does, banks and insurers could shift lending away from high-risk sectors such as manufacturing, electricity, construction, transport and real estate.

Green debt isn’t a new idea. The European Investment Bank issued a “climate awareness bond” in 2007 and the World Bank had a climate-related offering a year later. Both were aimed at “shifting the trillions” — green-speak for deploying capital to projects that can slow global warming or prepare for its impact.

Sustainable debt made up only 6 percent of the market for investment-grade bonds in 2020 but is growing rapidly and hit 11 percent in the first three months of 2021, according to data from Deutsche Bank.

Critics, including Sen. Pat Toomey, the top Republican on the Banking Committee, aren’t thrilled with what they call central bank “mission creep.” But economists and central bankers say climate risk is no different from any other risk.

“It’s not only a legitimacy to act,” Bank of France Governor François Villeroy de Galhau said, “it’s a duty to act.”

Lorraine has the full story.

Ensuring a sustainable and lower-carbon future is one of the most critical issues of our time. But how do we get there? Join Joshua Baca, head of America’s Plastic Makers at the American Chemistry Council, on the newly launched Sustainably Speaking Podcast where he discusses these critical issues and solutions with the innovators, problem solvers, and thought leaders helping to create a more sustainable future. Subscribe today, wherever you listen to podcasts. https://www.plasticmakers.org/news/sustainably-speaking

FIRST THIS — Tune in today at 12 p.m. EDT— that’s now, folks—for a POLITICO Live conversation on what it will take to build a circular economy. Deputy energy editor Gloria Gonzalez, Rep. Chellie Pingree (D-Maine), and Jared Blumenfeld, California secretary for Environmental Protection, are on the agenda. Register here to watch live.

Sorry for the late notice. Complaints? Fine, but we’d rather get story tips. Email [email protected] and [email protected]. We’re on Twitter at @ceboudreau and @Woellert. FOMO? Subscribe to The Long Game. 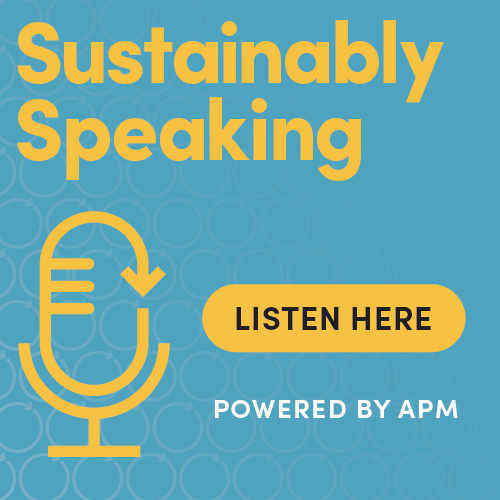 FULL DISCLOSURE — The case for corporate transparency is gaining steam.

Asset managers on Monday told the Securities and Exchange Commission to mandate disclosures on climate risk and workforce diversity. The letter from the Investment Company Institute, a trade group that counts financial giants BlackRock, Vanguard and JPMorgan Chase as members, was in response to the SEC’s call for input on how to regulate climate change disclosures.

We’ll hear more from U.S. companies in the coming weeks as they submit letters to the SEC. Industry wants global harmonization and is coalescing around the voluntary framework built by the Task Force on Climate-related Financial Disclosures.

Wealthy nations are on board, too. G-7 finance ministers on Saturday said they support efforts to force companies to disclose exposure to climate risk. Investors need reliable and comparable data if they’re going to shift those trillions of dollars, the group wrote.

State Street Corp. is working to diversify financial services. The asset manager on Monday said it would work with four nonprofit groups to recruit, train and establish diversity and inclusion best practices. The effort follows up on a company pledge to address racism and inequality in the workplace and attract and advance more Black and Latino workers.

Alphabet Inc.’s Google will let 1 in 5 of its 140,000 employees work remotely. Staff members will have to apply for the perk, The Wall Street Journal reports.

BOTTLENECKS, KINKS AND DISRUPTIONS — Decades of under investment and misguided public policies have led to fragile supply chains.

President Joe Biden laid out some solutions on Tuesday, including billions of dollars to boost U.S. manufacturing and mining. The administration will target pharmaceuticals, advanced batteries, and semiconductors.

As the coronavirus retreats and the economy reopens, a new Supply Chain Disruptions Task Force will be at the ready. The task force — including the secretaries of Commerce, Transportation and Agriculture — will focus on supply-and-demand mismatches in homebuilding, semiconductors, transportation, and agriculture and food.

This week the Sustainably Speaking podcast launched with its first guests, Sarah Marshall, Director of Sustainability at NOVA Chemicals, and Jeremy Wallach, Partner at McKinsey. Both are experts in sustainability and are at the forefront of research and innovations that will help us achieve ambitious climate and sustainability goals.

Subscribe today and don’t miss an episode during this limited-episode series (new episodes released every other week). Each episode, Joshua Baca, who heads up America’s Plastic Makers at the American Chemistry Council, will talk with the innovators, problem solvers, and thought leaders helping to create a more sustainable future – covering issues from evolving technologies, policy, and emerging trends and solutions to address climate change.

Subscribe to Sustainably Speaking today to stay on top of the issues impacting sustainability efforts now and in the future: https://www.plasticmakers.org/news/sustainably-speaking

Homes in predominantly white communities tend to be valued higher than in those with many Black, Latino and Native American residents. Navigating the federal bureaucracy is easier for communities that have more resources to begin with. And a study of 5.4 million applications from 2005 to 2016 found racial disparities at every step of the process, from getting an inspection, to the financial award, to buyouts, according to an analysis by The New York Times.

The impact is enduring. White people in counties with major disaster damage who got help from FEMA saw their personal wealth increase while Black residents lost wealth.

FEMA responds. The agency has set up an internal working group to examine the issue. The findings present a test for President Biden, who has promised to fight racial inequality and climate change.

PRI CEO Fiona Reynolds will step down to spend more time with her family in Australia. Since joining the nonprofit reporting firm in 2013, the number of signatories to its sustainable investment principles has quadrupled to 4,000 companies representing more than half the world’s institutional investment assets.

— Renewables come with their own risks. Germany’s electrical grids are preparing for an eclipse that could trigger a sudden drop of solar power output. Reuters has the details.

— It’s monsoon season in South Asia, and a million years of data suggests it might be a bad one. The journal Science Advances has the research, and the New York Times has a story.

— We have a new ocean! That makes five. Starting today, National Geographic recognizes the Southern Ocean.

“All Things Change.” Inside a Family Foundation’s Journey Toward Sharing Power — Inside Philanthropy

“All Things Change.” Inside a Family Foundation’s Journey Toward Sharing Power — Inside Philanthropy