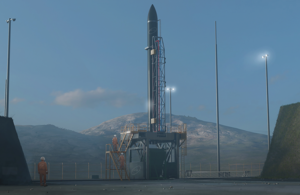 In collaboration with AstroAgency and Optimat, and supported by Scottish Enterprise, Space Scotland expects the roadmap to be endorsed by commercial, governmental and academic partners in the space industry.

“From greener rocket propellants to using satellites to help restore local peatlands and track typhoons, Scottish space companies and Universities are making great strides towards enabling a more sustainable future,” said Kristina Tamane, Co-Chair of Space Scotland’s Environmental Task Force and Space Sector Lead at University of Edinburgh. “This roadmap is an opportunity to unite these activities and identify where we can collaborate more effectively.”

Promising that the report will prioritise actions required by the parties involved in the access to space, it will cover economic, legal and environmental issues.

Essentially, it aims to minimise the impact on the environment by Scotland’s developing spaceports and the launch vehicles they will use.

It also aims to highlight the environmental benefits that can come from UK-launched small satellites, the data from which underpins a lot of current environmental monitoring and modelling.

“In addition, the roadmap will highlight the need for low-Earth orbit to be safeguarded alongside the planet’s marine and land environments, while also exploring peripheral space activities that may cause an indirect impact on carbon emissions. Once drafted, the roadmap will be shared with industry-led group Space Scotland and wider sectoral stakeholders for endorsement and approval, before being published later this year.”

The UK Space Agency currently recognises seven spaceports in the UK, and five of them are in Scotland (Spaceport 1 in Scolpaig Farm, North Uist,Outer Hebrides; Spaceport Machrihanish in Campbeltown, Argyll; Prestwick Spaceport in Prestwick, South Ayrshire; Space Hub Sutherland on the A’ Mhòine peninsula, Sutherland; and the Shetland Space Centre in Lamba Ness, Unst, Shetland Islands).

As well as a cluster of companies in Glasgow producing small satellites (more than any other city in Europe, it is claimed), Edinburgh is home to around 170 data science companies and one of the largest centre for informatics in Europe. The spaceports themselves, of course, are spread around the coastal regions of the country.

Space Scotland highlights that the Space Sustainability and Net Zero Roadmap builds on its previous work, including the Sustainable Space Challenges event held in 2021.

This campaign was led by AstroAgency and the University of Edinburgh on behalf of Space Scotland’s Environmental Task ForceYou can read more online here.

Image: Orbex – an artist’s visualisation of a new facility, Orbex LP1, being built near Kinloss.