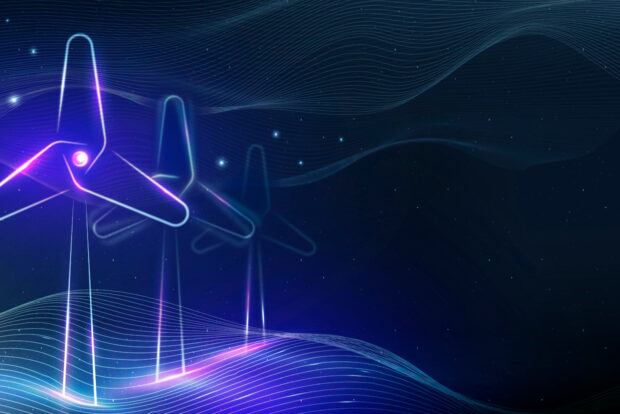 As civil service bodies move to Cloud-hosted digital services, many assume that their carbon footprints will fall – but not every digital service is more environmentally-friendly than its analogue predecessor, and Cloud suppliers’ environmental performance can be opaque and variable. At a recent webinar hosted by technology enablement partner Vysiion, civil service specialists explored how to manage a truly green transition into the Cloud

The public sector is on a digitalisation journey, shifting operations from call centres and offices to servers, racks and data centres. And the proliferating ICT estate created along the way is now on a journey of its own, heading towards net zero emissions and long-term sustainability.

After a honeymoon period during which digitalisation was assumed to be ‘greener by default’, UK civil servants have woken up to the fact that large scale data hosting is accompanied by hefty and growing carbon footprints – whether on-premises, in colocation facilities or in the public cloud.

These issues – and the solutions to them – were addressed at the recent webinar Understanding the true sustainability impact of transforming ICT hosting infrastructures: The roadmap to Net Zero ICT, which was hosted by digital transformation specialists Vysiion. There Adam Turner, head of sustainable digital and ICT at the Department for Environment, Food and Rural Affairs (Defra) explained how his department counts its full carbon impact – including the “Scope 3” emissions produced by providers working on Defra contracts.

“We widened the scope to show a true footprint, [so we were] not – as Greta Thunberg talks about – offshoring responsibility,” he said. “We started with 1500 kilowatt hours per year, or about two thirds of a UK household, per civil servant in IT usage. And that goes down until 2018, when it goes up to the equivalent of a UK household per year – and that’s projected to rise.”

The new Greening Government: ICT and Digital Service Strategy, 2020 to 2025 includes extended mandatory reporting around carbon emissions, sustainability and social value. Caroline Andrewes, defence account director at webinar knowledge partner Vysiion, argued that this development has led to an attitude shift. “The whole social value and sustainability piece, and the fact that this is now part of procurement exercises as well, means that government is throwing their weight behind it and saying to private sector suppliers: ‘You’ve got to step up to the mark’.”

But the reporting requirements bring their own difficulties, including the tasks of obtaining reliable projections of carbon emissions from hosting providers, and researching the assumptions behind carbon calculation tools provided by cloud “hyperscalers” such as Microsoft Azure, Google Cloud or AWS.

As Turner noted, the available data might not be as granular as civil servants would like, or offer full transparency around issues such as offsetting, but it is now flowing in decent quantities. “We haven’t got a uniform set of data, we haven’t got definitions behind what they’re offsetting or what they’re calling green. But we are getting estimates for carbon and metric tonnes for government departments and the wider public sector,” he said.

Turner, who is chair of the UK government’s Sustainability Technology Advice and Reporting (STAR) committee and was lead author of the Greening Government Strategy, described how the UK public sector has spent 10 years discussing ICT sustainability. But only recently – as digitalisation has become a priority and the forthcoming COP26 conference shines a light into data centres’ dark corners – has ICT management begun to swim in the sustainability mainstream.

The Greening Government strategy, he explained, has created business rules in three areas: forging a path to net zero; supporting a circular economy; and building transparency and social value into supply chains. Rather than becoming “shelfware” like so many reports before it, the strategy has been fully incorporated into the UK government’s Technology Code of Practice, which sets criteria on designing, building and buying better technology.

Public sector organisations must also transmit expectations down the supply chain so that better performance – in terms of data centres’ Power Usage Effectiveness score and their commitment to circular economy principles – percolates through all of the civil service’s operations and support services. “All new digital and data suppliers have to be aligned to the targets for the department, agency or body that is procuring,” Turner explained. “It’s no good for the Environment Agency to commit to net zero by 2030, and then have a digital contract for supply that’s [targeting] 2050, because it’s our requirements that create that impact.”

But before departments can file their reports, they need a ‘green’ ICT strategy. As the panellists emphasised, this will typically involve accessing economies of scale and improving energy efficiency by aggregating data hosting.

At Crown Hosting, an approved provider of data centre services to the public sector under the Crown Commercial Service framework, advisory consultant Jason Liggins described how organisations have shifted server capacity out of basements, backrooms and cupboards and into leased data centre space or cloud contracts – slashing carbon emissions in the process.

“We can improve the average efficiency of these server rooms by relocating to Crown Hosting almost fourfold. It reduces the electricity consumption by three quarters, to 25%,” said Liggins. “So we have 75% electricity avoidance, just by relocating; and then what electricity is consumed is all green.”

Vysiion works with public sector clients and their supply chain partners to reconfigure ICT infrastructure or data architecture in the most cost- and carbon-effective way, noted Andrewes. One client, she recalled, “consolidated a two-floor data centre down to a single aisle in an Ark data centre. Immediately you can see the change that brings in terms of… the journey to net zero.”

But these migrations typically result from a financial imperative to cut costs, or an estates rationalisation programme – with carbon savings seen as a secondary benefit. Going forward, Andrewes asked, will sustainability itself be a primary factor? “The question is whether government is going to sit net zero higher on that priority list so that is the compelling event: the compelling event is to make that change into hybrid cloud, or into public cloud.”

On the search for reliable data from hosting providers, the panel agreed that the position has much improved since Defra first started trying to collate this information in 2018. Then “the unanimous response was: no, that information wasn’t available. But what’s been happening over the years is a nice little bit of competition between them to improve the data that they’re providing to customers,” said Turner.

In the experience of Ben Tongue, sustainability lead at health tech agency NHS Digital, it’s not always easy to get “granular” energy data from cloud hosting providers. “With the cloud, we intuitively assume it’s more efficient: they also buy lots of power purchase agreement-based renewables [contracts to provide electricity from renewable sources], and many declare near or carbon neutrality for in-use energy. But the data transparency is currently poor, and the boundaries are awkward in terms of embodied carbon. We’re almost certain we’re making good progress, but we can’t get hard numbers around it.” Crown Hosting is, he added, an exception – providing clear data on the required metrics.

Other providers are making progress, though. Microsoft Azure has now launched a calculation tool for its cloud clients; Google Cloud is to provide something similar in the near future; and Amazon Web Services [AWS] has made high-level pledges on sustainability. “AWS had a target of 2030 to have all their data centres globally to be at net zero, and have actually now brought that forward and are hoping to be net zero by 2025. And so we are monitoring that,” said Andrewes.

But operators are not necessarily upfront about the assumptions that lie behind the tools. “They have a number of built-in assumptions, and we haven’t got the information behind how those numbers are calculated,” noted Turner.

Liggins suggested that commercial sensitivities could lie behind the lack of data – explaining why they might wish to keep some information secret. “When nobody’s using their infrastructure, it’s still consuming electricity and… emitting carbon, but it’s not attributable to any one particular customer. By revealing how much those infrastructures are idle, it is commercially a disadvantage to them versus their competitors.”

The Greening Government Strategy also addresses wider sustainability issues, including embodied carbon. The consumers’ rule of thumb that upgrading devices will deliver better energy usage and processing power also applies at government and departmental level. “In academic studies, you need about 15% of the IT estate you had previously to do the same job. You can have an 85% reduction in your IT estate, just by refreshing it,” Liggins commented.

Tongue noted that calculating the embodied carbon of the infrastructure requirements for, say, a three-year cloud hosting contract will always be difficult. But NHS Digital now wants to go one step further, looking at issues such as the circular economy and equitable sourcing. “We’re not just looking at how we reduce the impact of our digital; we’re also looking at how we maximise the positive, enabling effects of that as well. That’s the crucial part of what we’re doing with our Net Gain Assessment tool.”

But do government departments and public sector agencies have the combination of digital and sustainability skills to participate in this kind of decision-making – calculating financial versus carbon costs, or projecting carbon footprints and operational needs into the future?

Turner noted that the sustainability skillset for IT professionals in the international Skills Framework for the Information Age (SFIA) was dropped “because it was assumed that sustainability would happen by default”. But Defra is now working with SFIA and the government’s Central Digital and Data Office “to build sustainability architect skills as a core thing. As we said earlier, it’s no longer enough to say ‘dumping in the cloud is greener’; you need to actually architect for sustainability.”

Andrewes agreed that there can be a skills gap, but noted that Vysiion offers public sector clients support and advice without the need to cede autonomy. “Historically, that role might have been outsourced to one of the big private sector providers. But we bring in the supplementary skills and expertise to hold an organisation’s hand… so that they’re taking themselves on the journey.”

Overall, the public sector digital estate is making progress on that net zero journey, Turner reported, following a path that has become smoother thanks to the efforts to suppliers. “In conversations with the UN, Digital Nations [a collaborative network of the world’s leading digital governments] and various international engagements, the role of digital and data is finally getting talked about at the same time as transport, or energy use,” he said. “The focus of the world on our digital and data providers is growing; they’ve moved from a – to be frank – not very interested place to doing everything they possibly can to prove that they are green and environmentally friendly.”

The webinar ‘Understanding the true sustainability impact of transforming ICT hosting infrastructures: The roadmap to Net Zero’ was hosted by Vysiion on July 15, with the support of GGF. To watch the whole webinar, please fill in the short form below.

What can food companies learn about sustainability from Indigenous Peoples’ food systems?

A realistic path to clean energy?

A realistic path to clean energy?