The Taichung City Government on Friday said it would enshrine its goal of achieving net zero carbon emissions by 2050 in a local ordinance.

It said that the ordinance would be introduced in the spirit of the COP26 climate summit, where world leaders in November last year agreed on a goal of cutting global emissions by 30 percent by 2030, with some countries setting later dates for themselves.

Although Taiwan did not participate in the UN summit, Taichung would require zero emissions from “energy production, industry, residential buildings, public transportation, agriculture and environmental sources” by 2050. 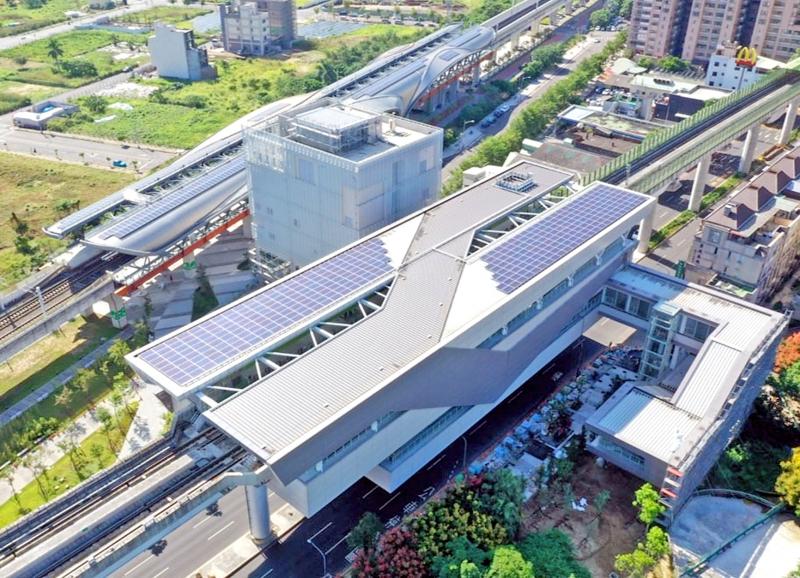 The city would promote efficient energy use, the use of electric vehicles for public transportation, the development of sustainable energy sources and other policies to help achieve this goal, it said, adding that 136 countries and 234 cities worldwide were similarly working toward zero emissions goals.

Taichung first promoted the reduction of emissions in 2014 when it was developing a program to educate residents and local businesses about emissions reduction, Taichung Secretary-General Huang Chung-tien (黃崇典) said.

Taichung is seeking to improve links between different means of public transportation, including the new Green Line of its metropolitan railway system and rental bicycles, the city government said.

“Since then the city started making every effort to increase the use of green appliances in homes and public spaces, the use of renewable energy has grown fourfold,” Huang said. “We have also started operations on the MRT Green Line and have added 950 iBike bicycle sharing stations.”

Taichung has so far added 197 electric buses to its public transportation system, he said.

The electric scooter use rate in the city has also grown 224.6 percent since 2014, he said, adding that the city boasts 1,379 charging stations for electric vehicles.

Huang said that the city is also assessing options for the retirement of the coal-fired Taichung Power Plant in Longjing District (龍井), which is one of the largest coal-fired power plants in the world at a capacity of 5,500 megawatts.

The city is also focused on the transformation of its waste treatment facilities, the conservation of blue carbon sinks and afforestation as part of its zero carbon emissions goals, he said.

Comments will be moderated. Keep comments relevant to the article. Remarks containing abusive and obscene language, personal attacks of any kind or promotion will be removed and the user banned. Final decision will be at the discretion of the Taipei Times.