The Impact of Climate Change on Brain Health


Climate change will inevitably have dramatic consequences on all aspects of our lives ranging from altered climate having an impact on flooding and drought, but also changes in air/ water/soil quality & pollution, changes in ecology, and altered food production. These together will have negative consequences on our health including our brain health. 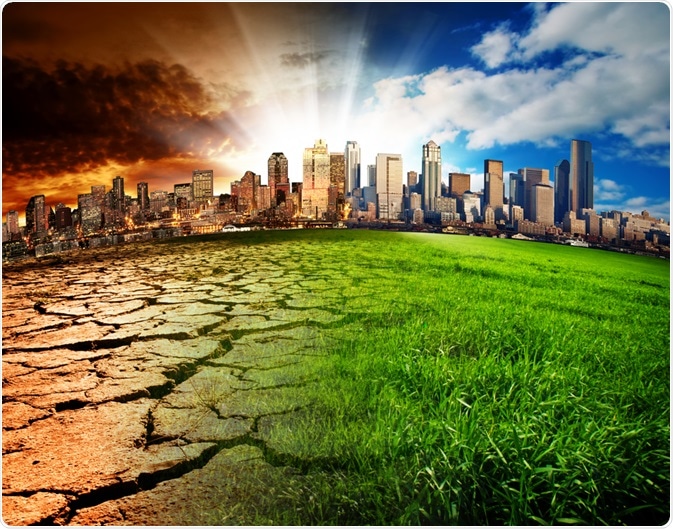 Heat exposure can lead to hyperthermia and heat stroke in extreme cases which can be fatal. As global temperatures continue to rise, the incidence of hyperthermia and heat stroke will also inevitably increase. Hyperthermia, as well as climate change-related atmospheric changes, are associated with an increased prevalence of migraines, seizures, stroke, and some forms of dementia including Alzheimer’s disease. Here, a brief overview of some of the proposed mechanisms that may increase the risk of such disorders in response to elevated temperature will be discussed,

Prolonged heat exposure in mice (e.g., 42C) can increase the levels of pro-inflammatory cytokines such as tumor necrosis factor-alpha (TNFa), interleukin-1 (IL-1), NF-kB signaling and induce the expression of iNOS in the brain resulting in gliosis and decreases synaptic density. This is in line with what is seen systemically in heatstroke and has important pathological hallmarks within the brain.

Seizures can also develop as a result of increased temperature leading to hyperthermia and heatstroke. Mechanisms behind seizure genesis may be partly attributed to the heat-induced activation of TRPV4 channels and NMDAR signaling. Hyperthermia can cause epileptiform discharges to form in cortical neurons by interfering with GABA signaling.

Heat exposure, especially heat stroke/hyperthermia can lead to important brain metabolic, cellular, inflammatory, and microvascular changes that can lead to an array of potentially devastating neurological consequences from the onset of seizures to the onset of dementia (neurodegeneration). It is important to note that many of these theoretical and scientifically validated observations are incredibly complex and proving direct cause and effect is difficult, though many preclinical studies suggest the profound effect hyperthermia can have on neurological health.

Clinically these may also be associated with other factors including changes to our behavior, changes to our diet/water intake, and that other changes within our lifestyles that may also negatively impact neurological health.

A direct consequence of all the changes associated with climate change will be the increased prevalence of infectious diseases such as vector-borne and zoonotic diseases (VBZDs). Many of these such as malaria, Dengue, and Japanese encephalitis are normally regionally restricted to specific geographic locations typically near the equator. With climate change, as many more regions further from the equator become more tropical in climate, the distribution of such diseases also changes increasing in previously non-endemic regions such as Southern Europe.

The Aedes spp. mosquito is a tropical disease vector for many viruses including Dengue, Zika, Chikungunya, West Nile, and Yellow Fever. Some of these diseases have direct neurological consequences. For example, Dengue infection can lead to neurological outcomes in around 20% of all cases including encephalitis and encephalopathy. Furthermore, Dengue is now the fastest-growing tropical infection across the world and its prevalence is set to increase with climate change. Yellow Fever can also lead to potentially fatal neurological conditions including encephalitis associated with acute neuroinflammation and widespread neuronal damage.

West Nile virus is also a neurotropic virus and can lead to severe encephalitis in both humans and horses and poses an additional threat to infants, the elderly, and those that are immunocompromised. Zika infection can lead to malformed brain development in developing fetuses caused by maternal infection during pregnancy. These can include microcephaly, cortical thinness, and blindness. In adults, it can cause meningoencephalitis and lead to the onset of Guillain-Barre syndrome.

Plasmodium falciparum is the protozoan parasite carried by Anopheles mosquitos that causes malaria. Depending on the severity of malarial infection, different neurological consequences can vary from epilepsy, cognitive defects, and some behavioral deficits ranging from hyperactive or aggressive behavior – particularly in younger survivors. As with other parasitic and viral infections, climate change is already changing the geographic localization of malaria and others and spreading to previously non-affected regions further from the tropics.

In addition to VBZDs, water-borne diseases (WBDs) are also affected by climate change. Whilst WBDs are typically related to food or water contamination (causing diarrhea and other gastrointestinal complaints), climate change is also changing their prevalence in several different ways. One such rare WBD is primary amoebic meningoencephalitis (PAM) causes by Naegleria fowleri amoeba, also referred to as “brain-eating amoeba”. This disease can be extremely fatal and only a small percentage of cases are diagnosed before death. Cases of PAM are reported in the US each year and are associated with climate change.

In summary, climate change is having serious impacts on everything from the ecosystem, food, air, and water quality, all the way to having an impact on our health. Temperature increases can have long-term pathological consequences in the brain increasing the risk of developing dementia, stroke, epilepsy, and migraines for example.

Furthermore, due to the changing environment, specific diseases such as malaria, dengue, and yellow fever are all also increasing in prevalence and many of these have direct neurological consequences.