The TCI is not the right way to reduce emissions 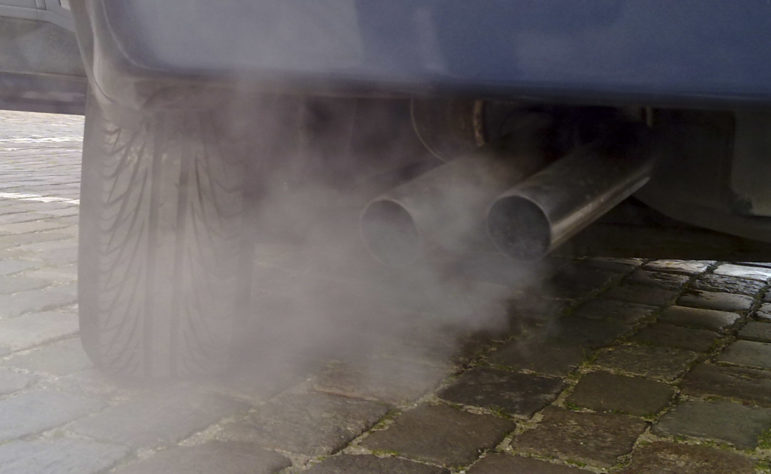 I am the former owner of a Mobil Service Station Repair Shop and Convenience Store in Stamford for over 22-years and have now been in the industry for 45 years. I currently serve as the  Executive Director of GASDA, Inc. the Trade Organization representing small mom and pop gasoline retailers.

Back in 1996, when Connecticut had the nation’s highest gas tax, I had to quickly learn how to sell gasoline and fix cars, but also how to enter the world of politics.  Why? My gasoline volume evaporated by 50% and I had to find out why.

What I learned; it was going to New York where retail gasoline prices were cheaper.  I actually called a friend in New York with a Mobil station and he sent me a copy of his gasoline invoice, which, for gas, was a penny more than mine. But I learned the state gas tax was the difference.  Customers don’t care, though, they only care how much they pay — especially when they travel between two states for work.  Get gas in Connecticut or get gas in in New York? Consumers get it where it costs the least, and on the route they travel daily.

Now comes the carbon tax: the Transportation Climate Initiative (TCI) and Greenhouse Gas Emissions (GHG). Simply put they are the buzz words used by federal and state legislatures to explain that the world is coming to an end, that emissions from cars and other sources are to blame, and the way to fix the problem is to tax the product creating those emissions. Charge you more one way or another, but you pay more.

Should we reduce emission and do we really need to do that ? Yes and YES!  The question is what’s the best way to do it!

Remember when they told car manufacturers they needed to reduce emissions? First came unleaded gas because we had to get the lead out. Retail prices for gas went up due to new regulations. Then car companies had to build cars that produced fewer emissions, the catalytic converter was born and we the consumer paid more for cars.  Did either of those reduce emission? Yes and no! Yes, both changes actually made cars produce fewer emissions from the tailpipes of cars – but no, overall, total emissions released into the air did not go down. In fact they went up. Why? That was easy, more and more cars on the road, less use of mass transportation and, most significantly, more traffic on our roads due to increased numbers of drivers who were not moving along the roads they drove, but rather were stalled in traffic. On hot sunny days this is the worst for emissions.

Now, why did the state of Connecticut increase the gas tax? Again the facts are simple. The legislature first voted to steal  (I mean divert) funds from the state transportation fund to the general fund.  They in fact increased the gas tax so high, it became the highest in the nation. How much did they steal (I mean divert)?  They stole (I mean diverted)  $2 billion dollars over 10-years and spent that money on non-road improvements.  Why did they do that? So, they can now scare you. We all see the traffic jams along our highways from years of not spending improving/enlarging our roadways. It’s in our face every day and we the people want it fixed.

So do you understand it now and how it works! TCI is a tax as it will increase the cost of gasoline through a charge imposed by the governor  because those stalled cars on our highways, when idling and not moving along at 55 mph, create more emissions. Wholesalers in Connecticut who sell gasoline will need to buy carbon credits (fancy name for tax), not reduce emissions, not stop those jammed cars on our roadway, but these credits will just make gasoline more costly for all of us to buy. Why? Wholesalers will surely pass this additional cost onto its retailers who will pass the cost onto you the consumer.

Now here is the best part: these wholesalers will again be buying carbon credits – not for reduce emissions but to charge them for the product they sell (not manufacture). Of course the high cost of gasoline will surely cause you to reduce the amount you drive and force you to use mass transportation – right? Wrong, you will just pay more because mass transportation does not work for the majority of us here in Connecticut.

Get it yet? What will they do with the millions they raise in taxes from the carbon charge? The will spend it on electric vehicles for larger size municipal vehicles and give the money to local municipalities without a requirement to reduce emissions.  See the pattern? We know the problem, high emission, we know how to fix it, require the manufacture of all things that produce emissions – carbon dioxide and other greenhouse gases — to just reduce those emissions by a certain date and let them do it in a way that does not require an entire new infrastructure to be built.

Spread the huge cost out over larger groups, mass produce the products, use existing infrastructure and this will cut the entire cost of those changes needed to reduce emissions. Will it provide those millions for legislatures to spend? No – I mean NO – I mean NOOOOO!

Now, Connecticut has another huge issue with emission which is power plants in the Midwest used to make electricity. They produce tons of emissions because they burn fossil fuel. Have they reduced emissions over the years – Yes! Do they still pollute Connecticut, yes! But those emissions they send have been reduced by shifting from diesel fuel to natural gas as the fossil fuel they burn!  Will TCI, greenhouse gas programs, carbon tax do anything to reduce those emissions they send us?  No – No – NO!

Are electric cars total net zero for producing emissions? No -No- NO! Why not? The production process to make them uses electricity.  A recent Reuters report showed that the amount of emissions depends on what country you’re in.  What that country uses to produce electricity to manufacture and charge up all those electric vehicles is so important . So, here in the U.S. almost 95% of the electricity produced comes from fossil fuel-fired plants. So, of course we should raise your taxes on gas with TCI, Carbon Tax or whatever they want to call it, but until all the power plants in the US stop using fossil fuel. Yep, you guessed it – emissions go up, but legislatures get a slush fund to spend on what they tell you is a good thing for you!

Yes, we need to reduce emissions from cars. Simply do it they it the way it worked in the past: mandate those that manufacture cars and those that manufacture gasoline do it — without the taxpayer paying higher slush fund taxes. Both of these manufacturers have proven in the past they can do it!  Chevron already has a working synthetic fuel that reduces emissions. ExxonMobil is working on a biofuel for power plants. These companies have proven they can do it!

Look at the facts. Tell federal and state legislatures to stop trying to pick winners and losers – just reduce emissions and don’t raise our taxes to do it. And stop trying to scare us by telling us we only have 12 years left.  Remember Y2K that never happened? Fear only works when you let it!

Michael J. Fox is Executive Director of the Gasoline and Automotive Service Dealers of America, Inc.

CTViewpoints welcomes rebuttal or opposing views to this and all its commentaries. Read our guidelines and submit your commentary here.

Climate change: ‘Your future depends on the future of the planet,’ Prince Charles warns children in documentary | Climate News

KPMG investing over $1 billion in sustainability and ESG services

KPMG investing over $1 billion in sustainability and ESG services