TONYE PRINCEWILL: I’LL BE A SMALL DANGOTE IF I FORGET POLITICS 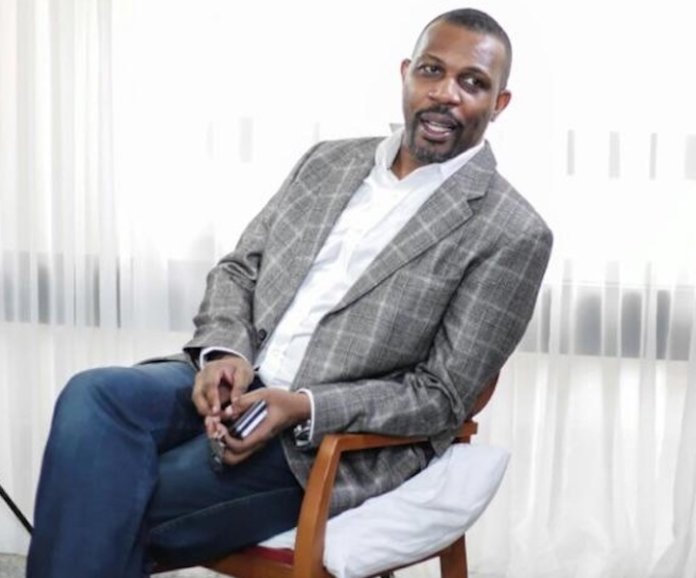 Though he is still well-known in the business field, Tonye Princewill is not a stranger to Nollywood. In 2016, Princewill made a historic production ‘76 about the botched 1976 coup, and for the first time, it involved the collaboration of the Nigerian army. The film, directed by Izu Ojukwu, took seven years to make. Five years later, he is working on another film that will challenge Nigerians and hopefully help them realise that home is the best. The Kalabari Prince from Rivers sits with Vanessa Obioha and voices his concerns on the film industry and its power to change political narratives,
and to a large extent, the country’s image

To an extent, you raised the bar of filmmaking with ‘76 and showed that it is possible to collaborate with security agents in telling stories about them. With the current political climate in Nigeria, do you think such collaboration is still possible?

Even though my team and I are proud of our work, we made that film in 2012, released it in 2016 and have only just recently signed a deal with Netflix to make it available to the world in August this year. So, if our 2012 wisdom got us compliments and interest till now, it means our 2021 wisdom has to take us even further. At least, I hope so. Just like any marriage, where both parties have to respect each other’s boundaries, filmmaking involves collaboration. This means that you have to be ready to subject yourself to limits. As responsible filmmakers, we see that as fair. We have boundaries too. Modern Nigeria is even more suspicious than it was in 2012, but I’m also a politician beyond making movies. So I understand the new terrain now, and I am sure we can navigate it. The security agencies know the value of a good film.

What roles can Nollywood play in projecting the future Nigerians want politically?
A big role. But unfortunately, I don’t feel that we project it enough, and I’m not sure Nollywood can. The politics is so toxic. However, the influence of Nollywood is not in doubt, even further than our shores. It’s one of the reasons I went into it. The image of Nigeria is important to me, and through films, you can say a lot for your country, for its politics. Even though this administration has appeared to be willing to help the entertainment industry, it is behind when it comes to the optics. From the executive to the legislature to the judiciary, they are all guilty of not taking Nollywood seriously enough. If given a chance, the creative industry would be one of the largest, if not the largest, employers of labour in the country. Why it’s not is down to our politicians. While we have been failing in our politics, our entertainment, banking, and religious industries are doing their bit. All this, with very little government support. At least nowhere near the levels required. Just as the core economy needs vital infrastructure to grow, the modern entertainment industry also needs its own infrastructure: cinemas, concert halls, theatres, copyright laws, leadership, structure and an industry-friendly regulation.

Entertainment is a business, and it needs to be treated as such. Then and only then will we see a serious team of investors step in and take it to the next level where messaging will matter, and projection will take the form you ask. Now filmmakers barely break even because there are not enough cinemas to show their films, and so they drift to the comedy genre, which guarantees numbers in the short term but not mobility. Nigerian humour is for us. And maybe Africans, but our spending power is limited if that is the scope of your audience.

There’s been a lot of talk about the creative economy. In your estimation, what needs to be done to achieve this?
(We need) sincere leaders who genuinely want to make a major difference and an organised industry ready to take advantage of the opportunity. Both ends are lacking, but a leader with conviction can fix it.

A handful of thespians in the creative industry went through the walls of the University of Port Harcourt. But the city does not shine as the entertainment hub in the country. So what is responsible for this, and how can it be in the limelight?
It’s many things. Not just one. Some are obvious, like the point about the government I mentioned earlier. By not taking the industry seriously by actively supporting creatives, the people naturally drift to where they are taken even a bit more seriously or where their efforts can flourish. Another factor is that the creative ecosystem is absent. We produce very good talent, but we have no outlets to display the talent. That is passive support. The government needs to put things (like tax incentives, competitive grants, counterpart funding and investor incentives)in place and leave creative people to make things happen. If I were governor, the creative ecosystem would change. Overnight. A leader’s body language alone is a message.

Have you ever worked on something and then thinking the timing (either social, political or cultural) was wrong?
It happens to me all the time, especially when it comes to politics. Anytime an election is coming, it is bad for business for me because nothing is more important than politics, except for family. However, once politics calls, I’m there. Whether I am contesting or not. It affected business a lot in the early days, but now I’m more of a team player. So if I’m not available, other partners are there. It’s allowed me to expand, but I would easily be a small Dangote if I forgot politics. So my problem remains what I continue to repeat, ‘Politics is too important to be left to politicians.’

What ideas are you trying to project with your upcoming film on Boko Haram?
The resilience of Nigerians and the challenges that armchair critics do not see. People see what they want to see. In this movie, we want to give them a reason to think again, just a little more. About Nigerians, about the victims, about the heroes, the villains and the system. We want to give people an insight into how we are seen from afar, by the East and the West and hope that by doing so, people will appreciate that despite the challenges, home is still best.

Can you walk us through the Princewill Trust Fund and why focus on photography?
It would be my pleasure. Most Nigerians are faced with pleas from family, friends, strangers and even enemies to help in any way possible, and they get these requests on a daily basis. It doesn’t matter who you are. The more you have, the more problems you will solve. I’m naturally generous, so my instinct is to give. Fortunately, I now have the Princewill’s Trust to structure my giving and stretch what I have to touch many more people. Because I am blessed with a world-class team, it is also a platform that encourages others to help. Otherwise, you can give away the clothes on your back, and it still won’t satisfy some. So we give cash grants, medical outreach, scholarships, mentorship programmes, training, educational trips, youth empowerment, talent shows and conflict resolution. And we focus on several areas of the arts, not just photography.

What do you find most interesting about Gen Z?
Gen Z is the digital generation born into high-speed internet, and I have three children that qualify, so believe me when I say I understand them well. I feel them too. They are much more mature than their years, calmer and happy to work for their reward. They are the smaller versions of me. Take a look at ‘Nnenda’, ‘Kajola,’ ‘76. Our films are for young audiences as well as the old. I don’t want us to see the young, especially Gen Z, as shallow or immature. They are a lot more intelligent than we were at their age. Nobody rises to low expectations. So I expect a lot from them. Likewise, I won’t encourage that we dumb down our movies to appeal to airheads. That’s not our portion. When you leave our movie, you should leave it informed, as well as entertained. We are not here to just give you a warm feeling. If that is what you want, go and have a hot bath.

World Earth Day was recently celebrated, and Rivers is among states affected by environmental hazards, mostly by activities of oil companies. So how does one start a conversation about climate change through films or other creative forms to address these hazards?
It’s possible. But you will need more than a series of films to make any difference. Rivers State is firmly at the front line of the environmental war with the triple impact of both oil pollution, black soot and gas flaring, putting its citizens in harm’s way on a daily basis. Certainly, good quality movies that can travel far and wide will highlight the problem, but Nollywood is not an arm of government. So it can not replace what purposeful and focused leadership will do when it understands the importance of the environment. The environment is not a sexy topic either for film or politics, but it is vital to our livelihoods. All our hands must be on deck.

You are known as a filmmaker, a businessman and a politician. Is there any other aspiration that you are working on?
I’ll be playing whatever role that my people ask me to. In 2019, I refused to contest any election. But in 2023, I will be more than available if the support is there. Business and film have their limits. The same for politics, yes, but its impact is far greater. My sole purpose in life is to make a positive impact on others. So if they want me to contest, they shall have me. I am not desperate. But I’m determined if the support is there.

What lessons did you take away from the pandemic?
Several. The first is leadership matters. The second is life is too short, and the third is that I really love my wife, even more than I’d thought. We were locked down together, but it was like a second honeymoon. As sad as I was for the magnitude of lives lost, those of us still here have to find and fulfil our purpos

What is the COP15 biodiversity summit, and why is it so important? | Lifestyle

What is the COP15 biodiversity summit, and why is it so important? | Lifestyle