U of A Senior Selected as Gates Cambridge Scholarship Finalist 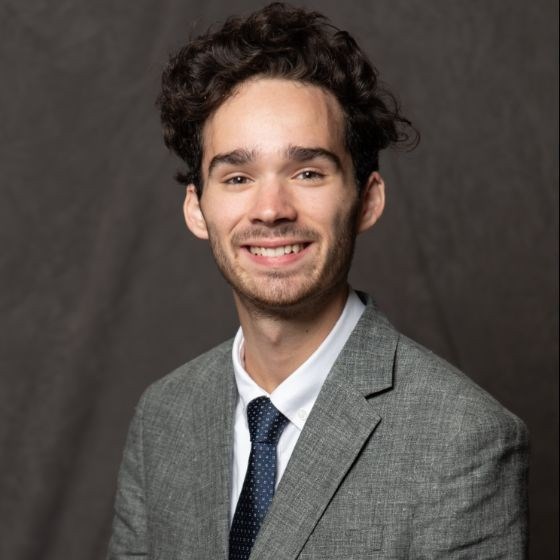 U of A honors senior Richard “Isaac” Hopwood has been selected as a finalist for the 2022 Gates Cambridge Scholarship.

With more than 6,000 applicants from around the globe, Hopwood’s selection as a finalist for this honor places him among the top students in the world.

The scholarship funds graduate study at Cambridge University in England, where 80 Gates Cambridge Scholars are selected each year to receive full-cost scholarships. Approximately two-thirds of the scholarships are offered to students seeking a Ph.D., with 25 being awarded to U.S. students and the rest to international students.

Hopwood, an honors chemical engineering major with a minor in French, is from Springdale and has been awarded both the Honors College Fellowship and the Arkansas Distinguished Governor’s Scholarship. He has also been selected as a WAVE Fellow Researcher at Cal Tech and presented research conducted at the Chemical Engineering Research Symposium at North Carolina State.

“It has been such an incredible journey to get to this point,” Hopwood said. “Receiving this recognition is both fulfilling and humbling. There is no way I would have been able to do it without the constant support from my college and from faculty and scholarship advisers, who have provided guidance and written letters for me throughout the years.

“At the University of Cambridge, I intend to work at the Rolls-Royce University Technology Centre on researching and developing high-entropy alloys, which, in both their manufacturing and operation, have the potential to significantly reduce emissions produced in aviation. I believe everyone has a part to play in our fight against climate change, and I hope to use this experience at Cambridge to jump-start my career in environmental research. I am proud to represent the University of Arkansas as a Gates Cambridge Finalist.”

“Isaac Hopwood is very deserving of this honor,” said Kim Needy, dean of the College of Engineering. “He is committed to sustainability and to research, and he began working on both the day he arrived on campus. In his freshman year, he conducted research in the lab of Dr. Robert Cordian on producing sustainable fuels. Sustainability has been an abiding interest of his, and he followed that research with a project in Dr. Lauren Greenlee’s lab, working again on research that furthers sustainable practices. Currently, he is conducting research in Dr. Karthik Nayani’s lab, which has evolved into his honors thesis. I am so pleased for Isaac and for all of our students who benefit from the incredible support offered by our faculty and colleges. They are amazing students, but they could not do it alone.”

“We are delighted that Isaac Hopwood will be representing the University of Arkansas in this highly competitive process,” said interim Provost Terry Martin. “He is a stellar student with a demonstrated commitment to research, to sustainability and to service. He will thrive in a competitive graduate program in material science and undoubtedly will go on to a robust career in research that will have a positive impact on the environment and our ability to live sustainably.”

The Gates Cambridge Scholarship was established with a $210 million donation to the University of Cambridge from the Bill and Melinda Gates Foundation in 2000; it remains the largest single donation to a university in the United Kingdom. Since the first class in 2001, Gates Cambridge has awarded more than 2,000 scholarships to scholars from 111 countries who represent more than 600 universities globally and more than 80 academic departments and all 31 colleges at Cambridge.

U of A students who are interested in applying for the Gates Cambridge Scholarship should contact the Office of Nationally Competitive Awards at awards@uark.edu.

About U of A Gates Cambridge Scholars: The University of Arkansas has had four previous Gates Cambridge Scholars. Ryan Duchanois, a 2016 Scholar, completed an MPhil in Engineering for Sustainable Development at Cambridge.  He is now completing a PhD in Chemical and Environmental Engineering at Yale.  Mariel Williams, a 2013 Scholar, received an MPhil in Human Evolutionary Students from Cambridge and has recently completed a PhD in Human Evolutionary Biology at Harvard.  In 2006 David Deitz and Lance Owen were selected as Scholars in the same year. Deitz received an MPhil in the History and Philosophy of Science and Medicine and is currently a board member and chief financial officer for a major healthcare corporation. Owen completed an MPhil in musicology at Cambridge, followed by a PhD in geography at the University of California at Berkeley.

About the University of Arkansas: As Arkansas’ flagship institution, the U of A provides an internationally competitive education in more than 200 academic programs. Founded in 1871, the U of A contributes more than $2.2 billion to Arkansas’ economy through the teaching of new knowledge and skills, entrepreneurship and job development, discovery through research and creative activity while also providing training for professional disciplines. The Carnegie Foundation classifies the U of A among the top 3% of U.S. colleges and universities with the highest level of research activity. U.S. News & World Report ranks the U of A among the top public universities in the nation. See how the U of A works to build a better world at Arkansas Research News.