The US and Russia have agreed to forge “close co-operation” on climate change, in the first positive sign of a potential easing of tensions between the two countries since a high-stakes presidential summit last month.

John Kerry, the White House’s special climate envoy, held talks in Moscow on Monday and pledged to “move together” with the Kremlin ahead of crunch global climate meetings in Glasgow this November.

Climate change is one of the few areas where there is hope of enhanced collaboration between Moscow and Washington. It is seen as a promising testing ground for a first step in improving wider ties, which are riven with distrust over cyber warfare, allegations of election meddling and years of tit-for-tat sanctions that have severed many economic ties.

At a summit in Geneva last month US president Joe Biden and his Russian counterpart Vladimir Putin pledged to find areas of collaboration between their two countries, but since then there have been more allegations of attacks by Russia-based hackers, and claims by both sides that the other is dragging their heels on cyber talks.

But Biden has made combating climate change a key focus of his presidency, and argued that the need to work with Moscow on the issue outweighed other concerns over collaborating with an adversary.

“Obviously we have some differences in the relationship between our two countries . . . We believe that there is space for us to co-operate in [combating climate change] and to perhaps open up better opportunities on other issues as we do,” Kerry said at the start of talks with Sergei Lavrov, Russia’s veteran foreign minister.

“This issue is too important, too significant, and we very much need to move together,” Kerry added, addressing his host as Sergey. 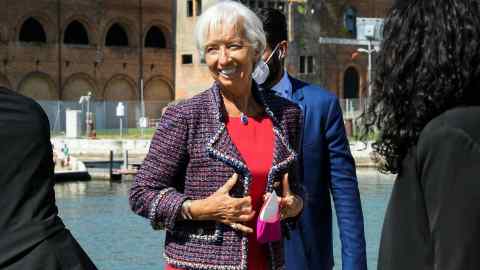 Lavrov said Kerry’s visit to Russia was “an important positive sign in terms of developing bilateral relations, lifting tension, and arranging professional, substantive work in areas where common ground can be found”.

Russia is “hoping for close co-operation with the United States . . . in order to secure a successful meeting in Glasgow this coming fall,” he added.

The talks in Moscow follow a brief meeting between Kerry and Lavrov in New Delhi in April, and a telephone call between the two men in February. The two officials have a strong relationship built on Kerry’s term as secretary of state between 2013 and 2017, and are seen as a critical communication channel if relations between Moscow and Washington are to improve.

Russia, the world’s fourth-largest emitter of greenhouse gases, has signed up to the Paris climate agreement to limit emissions. Rapidly rising temperatures in Siberia and regular instances of flooding and forest fires have made climate an increasingly important topic for the Kremlin.

Putin, who four years ago blamed rising global temperatures on volcanoes and “cosmic changes”, last month said man-made climate change was a “tragedy” and that humans “must minimise the impact we have”.