We were well schooled by JL but we wanted change, says Aussie Test skipper Cummins – News 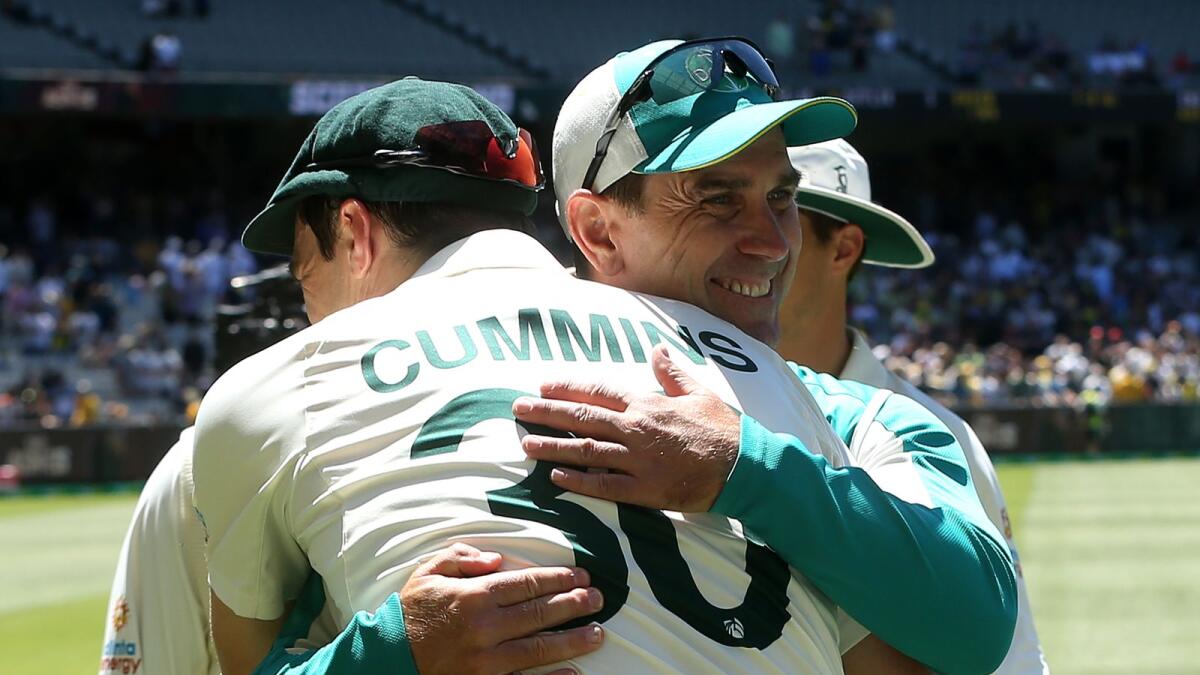 After describing Justin Langer as a legend with a “fierce love of Australia” and praising his influence on the national men’s cricket team, new Test captain Pat Cummins ended weeks of speculation about a player-led push for change on Wednesday by saying Australia needed a new style of head coach.

Cummins, who took over as Australia’s Test captain immediately before the recent Ashes series against England, was heavily criticised by some star ex-players for not publicly endorsing Langer ahead of the coach’s contract negotiations with the board last Friday.

Langer quit on Saturday, announcing the decision via his management company as he travelled home across the country from Melbourne to Perth, after declining a six-month contract extension.

Four days later, Cummins issued a statement to “provide some clarity” shortly before commenting further at a news conference in Sydney, where the team are preparing for a Twenty20 series against Sri Lanka.

“To speak about a decision, which was yet to be made and which is for Cricket Australia to make, would have put Cricket Australia and the team in an impossible position,” Cummins said in the statement Wednesday. “I’d never do that.

“I believe in respecting the sanctity of the change room and the proper process.”

Australia subsequently won the Twenty20 World Cup in November and then comprehensively beat England 4-0, missing out on an Ashes Test series sweep by just one wicket.

“He made some big changes and deserves a lot of credit for that,” Cummins said of Langer’s response to player feedback. “The question is, do we think it’s sustainable? We thought, no, it’s the right time to make a change.”

Cummins said evaluations for cricketers and coaches had been going on for two years and the feedback from the players was consistent: it was time for a more collaborative approach.

“To be better players for Australia, from this solid foundation, we need a new style of coaching and skill set,” Cummins told an afternoon news conference. “A big theme of this summer has been more calm, more composed. That’s the direction we want to take the team.”

His comments came a day after Australia announced an 18-man squad for their first Test series in Pakistan since 1998 — and their first in four years without Langer.

As well as being among Australia’s elite opening batters during a lengthy international career, Langer has been attributed with helping rebuild and reshape the culture of the men’s national team following the so-called Sandpapergate scandal in March 2018.

Australia batter Cameron Bancroft was caught by television cameras trying to rough up one side of the ball with sandpaper in the third Test against South Africa at Cape Town, and the whole episode became one of the lowest points in Australia’s sporting history.

Bancroft was subsequently suspended by Cricket Australia for nine months. Steve Smith and David Warner, who were captain and vice-captain at the time, were banned for 12 months. The team’s win-at-all-costs mentality, hostility toward rival teams and declining reputation was heavily scrutinised.

Under Langer’s stewardship, Smith and Warner returned as senior batters for Australia and the team evolved.

“So many positives to what (Langer) brought to the table. He was the perfect man for the time. He did a fantastic job,” Cummins said. “We’ve been really well schooled over the last four years by JL in how to conduct ourselves. He’s got unimpeachable values. I think he’s what we needed … he’s made us better people, better players.

“Now we’re really well versed in what that is. In terms of the coaching style and where we want to take the team, a slightly different style is needed.”

Langer on Sunday issued a statement apologising if his intensity in the coaching environment caused problems for the players.

Cummins noted Langer’s acknowledgement, saying the 51-year-old was intense but the players were OK with it, and added: “I think the apology was unnecessary.”

“It came from a good place — and his fierce love of Australia and the baggy green (Australia’s Test cricket cap) — something which has served Australian cricket well for three decades,” Cummins said. “It’s what makes him a legend of the sport. And Justin’s intensity drove a better team culture and higher team standards.”

Cummins said Langer left significant legacies and he thanked him on behalf of the players.

“More than that, we owe him a lot and Justin will be a welcome face in the change room in the future,” he said. “So, his intensity was not the issue for players and the support staff.”

In terms of the criticism from ex-players, Cummins said, “I can hold my head high.”

“To all past players, I want to say this: Just as you have always stuck up for your mates, I’m sticking up for mine.”

Biodiversity scheme must be designed to genuinely benefit nature

Biodiversity scheme must be designed to genuinely benefit nature