Why Has the Ocean Been Neglected in Global Climate Talks? 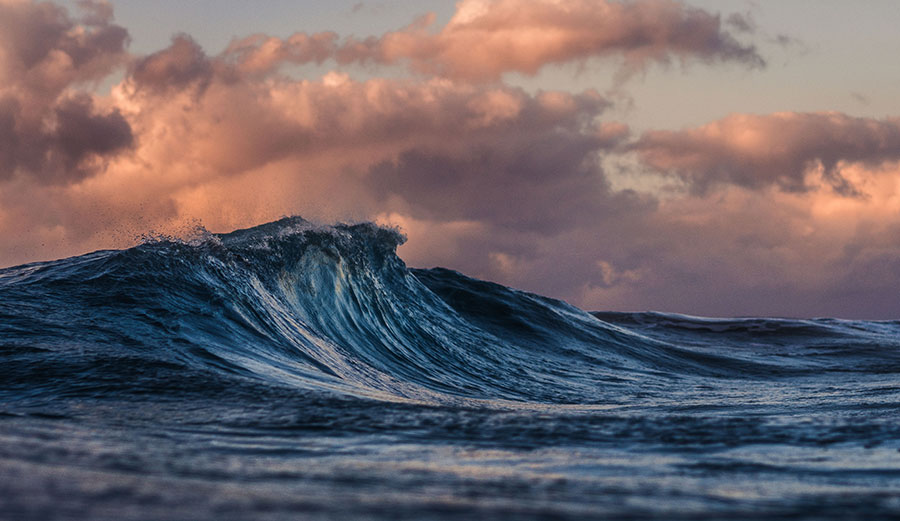 The ocean is vital to the health of the environment. Photo: Silas Baisch/Unsplash/CC BY

Climate change is commonly discussed as though it’s a uniquely atmospheric phenomena. But the crisis is deeply entwined with the ocean, and this has largely been neglected in international climate talks.

The latest international climate negotiations made some progress by, for the first time, anchoring oceans permanently into the multilateral climate change regime. But the Glasgow Climate Pact is still leagues from where it needs to be to adequately reflect the importance of oceans to our climate system.

Most countries have targets for land-based emissions – but there are no such targets for oceans. Yet the ocean plays a vital role in helping balance the conditions humans and most other species need to survive, while also offering a substantial part of the solution to stop the planet warming over the crucial limit of 1.5℃ this century.

So how can oceans help us tackle the climate crisis? And what progress has been made in international negotiations?

The Incredible Potential of the Ocean

Since industrialization, the ocean has absorbed 93 percent of human-generated heat and one-third of anthropogenic carbon dioxide (CO₂). The consequences of this are profound, including the thermal expansion of water (the key cause of sea level rise), ocean acidification, deoxygenation (oxygen loss), and forcing marine life to redistribute to other places.

Alarmingly, this may one day lead the ocean to reverse its role as a carbon sink and release CO₂ back into the atmosphere, as its absorption ability declines.

Equally important is ocean-based climate mitigation, which could provide more than 20% of the emissions reductions needed for the 1.5℃ goal.

Crucially, we must see changes to maritime industries. The shipping industry alone has a similar carbon footprint to Germany – if shipping were a country it would be the world’s sixth-largest emitter. Although high on the International Maritime Organisation’s agenda, the decarbonisation of shipping still lacks adequate targets or processes.

Oceans can also provide climate-safe, sustainable food choices. Current food systems, such as emissions-intensive agriculture, fishing, and processed foods are responsible for one-third of global emissions. Considerable environmental (and health) benefits can be gained by shifting our diets to sustainable “blue foods”.

These include seafoods sourced from fisheries with sustainable management practices, such as avoiding overfishing and reducing carbon emissions. Markets and technologies should also be geared towards the large-scale production and consumption of aquatic plants such as seagrasses.

There’s also a wealth of opportunity in “blue carbon” – capturing CO₂ in the atmosphere by conserving and restoring marine ecosystems such as mangroves, seagrasses and salt marshes. However, the success of nature-based solutions depends on a healthy ocean ecosystem. For example, there are emerging concerns around the impact of plastic pollution on plankton’s ability to absorb CO₂.

But perhaps the greatest impact would come from adopting offshore renewable energy. This has the potential to offer one-tenth of the emissions reductions we need to reach the 1.5℃ goal. The International Energy Agency has estimated offshore wind could power the world 18 times over its current consumption rate.

For more than a decade, the inclusion of oceans in climate talks has been piecemeal and inconsistent. Where they have been part of negotiations, including at COP26, talk has focused on the potential for coastal areas to adapt to climate change impacts such as sea-level rise, as first raised in international fora in 1989 by small island states.

The final COP26 agreement, known as the Glasgow Climate Pact, made slight progress.

While these are positive measures, at this stage they don’t require action by parties. Therefore, they’re only a theoretical inclusion, not action-oriented.

We still lack national targets and clear, mandatory international requirements for countries to consider sinks, sources and activities beyond the shoreline in their climate planning and reporting.

Where COP26 did progress was its focus on whether ocean impacts and mitigation will finally be brought into the mainstream climate agenda. For the first time in five years, a new “Because the Ocean” declaration was released, which calls for the systematic inclusion of the oceans in the UNFCCC and Paris Agreement process.

What Do We Do Now?

What’s now needed is a list of mandated requirements that ensure countries report on and take responsibility for climate impacts within their maritime territories.

But as COP26 president Alok Sharma said of the summit as a whole, it was a “fragile win”. We still lack any reference to consistency with existing mechanisms, such as the law of the sea convention or how funding will be allocated specifically to oceans.

As such, the actual impact of COP26 on the inclusion of oceans in climate action remains uncertain. It will depend on how the UNFCCC bodies respond to these directives, and their success in extending obligations to state parties.

Responding to the climate crisis means we need to stop pretending the ocean and atmosphere are separate. We must start including ocean action as a routine part of climate action.

This article is republished from The Conversation under a Creative Commons license. Read the original article.