With three days left in legislative session, the rush is on to get bills passed 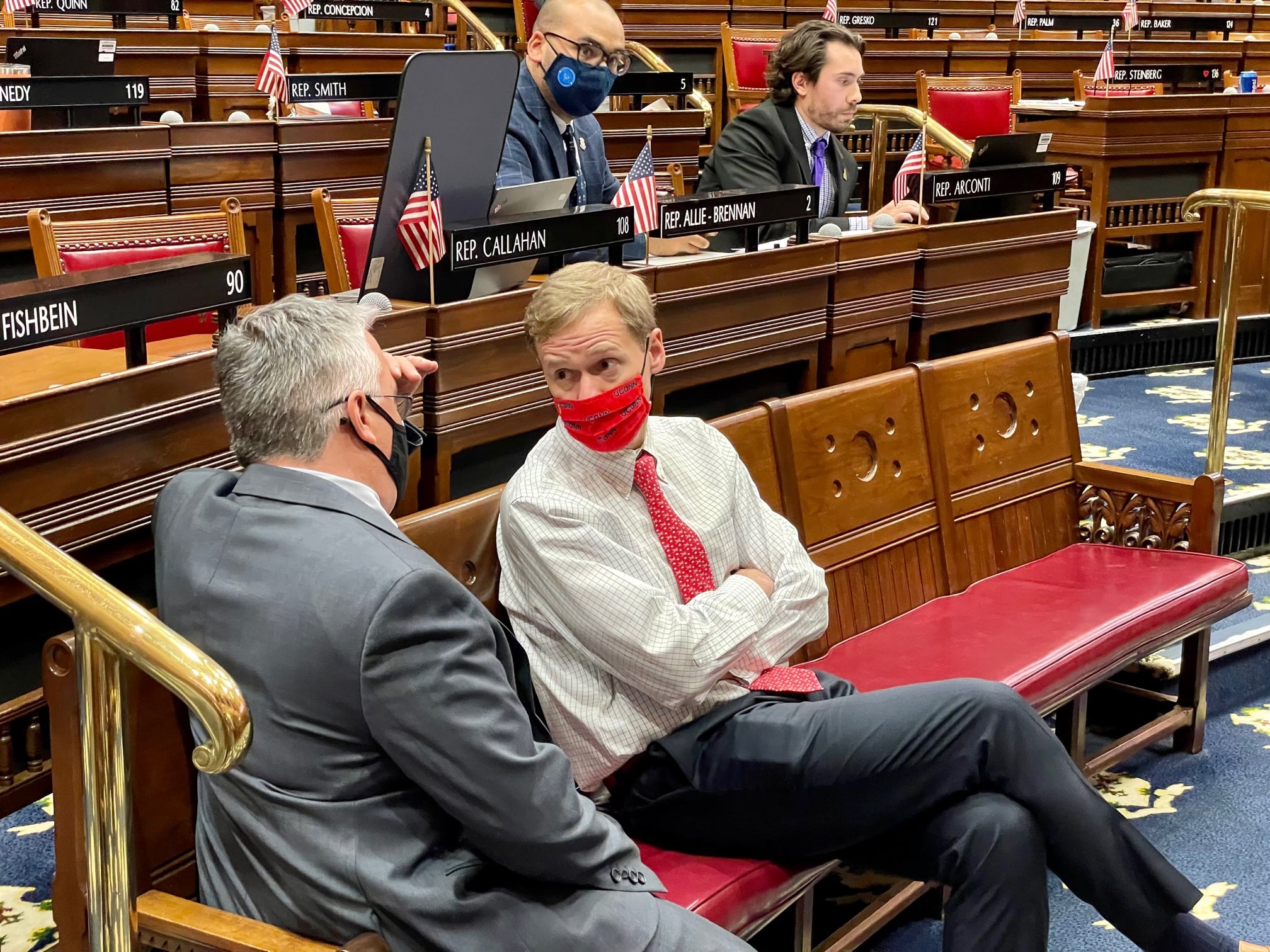 The ability of House Speaker Matt Ritter, right, and House Minority Leader Vincent Candelora to agree on debates is crucial as the midnight Wednesday adjournment nears.

Democratic legislative leaders have not only resolved most of their differences with Gov. Ned Lamont on the next two-year budget but have a package that could appeal to a Republican minority whose influence over the agenda grows as time runs down in the 2021 session.

But as leaders weeded one controversial item after another out of the budget, they left themselves a hefty list of related items to debate and pass as separate bills with just three days before the constitutional adjournment deadline of midnight Wednesday. 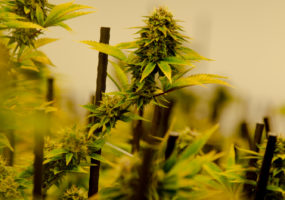 “We’re humming along in good position,” House Speaker Matt Ritter, D-Hartford, said at midday Saturday on the budget status. “I am more optimistic today than yesterday that there’s a good chance there might be a  chance for bipartisanship on this.”

Democrats control the General Assembly with majorities of 24-12 in the Senate and 97-54 in the House, but the ability of the minority party to influence what bills are called for votes grows in the last days simply by the threat to talk unwanted bills to death.

That means a priority of progressives — a bill that would make Connecticut the second state after Oregon to guarantee stable shift schedules for employees of national retailers, fast-food franchises and restaurant and hotel chains — is vulnerable to a GOP filibuster and unlikely to be called for vote.

Rep. Robyn Porter, D-New Haven, co-chair of the Labor and Public Employees Committee, expressed frustration Friday that the House had not taken up the so-called “fair work week bill” that the Senate passed on a 20-16 vote on May 19. She was disinclined to let leadership use the waning clock as a reason not to call the bill.

“Leadership has the power to make all things possible,” she said.

Lawmakers have reached a consensus on the legalization of recreational marijuana, which was seemingly on life support due to the complexities of the related issues of social equity related to licensing and the expungement of criminal records. Unresolved is whether there is time to get the bill through both houses.

House Majority Leader Jason Rojas, D-East Hartford, the leader of a working group trying to craft a final version of a pot bill, said that they crafted a version acceptable to Lamont and, he hoped, at least 76 of the 97 House Democrats, the number necessary for passage. “Labor peace” language sought by progressives to help unions organize cannabis businesses is the draft, which could cost some moderate votes. Ritter said a vote on the bill might require a special session.

Sen. Gary Winfield, D-New Haven, a lead player with Rojas in the negotiations, said Sunday he is pushing for a vote in the Senate on Monday.

“We should be doing this inside of this session. This session was about equity,” Winfield said. “I think we can figure out how to do this within the bounds of the session. I’ve expressed this to my leadership. They are mulling it over.”

The main elements of a budget deal came together Friday when Ritter, Senate President Pro Tem Martin M. Looney, D-New Haven, and Lamont announced the framework for a tentative deal, then built on that over the weekend, leaving leaders hopeful the House could begin voting Monday.

A two-year plan that will spend about $46 billion over the next two fiscal years combined will keep annual spending growth close to 3%, raise municipal aid sharply, and keep taxes flat.

There’s plenty appealing about that, top Republicans in the House and Senate said.

“I could see Republicans voting for this budget, potentially,” said House Minority Leader Vincent J. Candelora of North Branford. GOP opposition to tax increases is unalterable, as has been the governor’s this spring.

“Where we are today is where the Republicans have always been,” added Senate Minority Leader Kevin Kelly of Stratford.

But that bipartisan appeal comes with a price. Other proposals that normally would be wrapped into the budget bill must be voted on separately, making time a valuable commodity.

Lamont pushed hard this year for two revenue-raisers to bolster Connecticut’s cash-starved transportation program: a new highway usage tax on large, commercial trucks and a regional initiative to reduce auto emissions. The latter could add 5 cents per gallon to the price of gasoline by 2023. 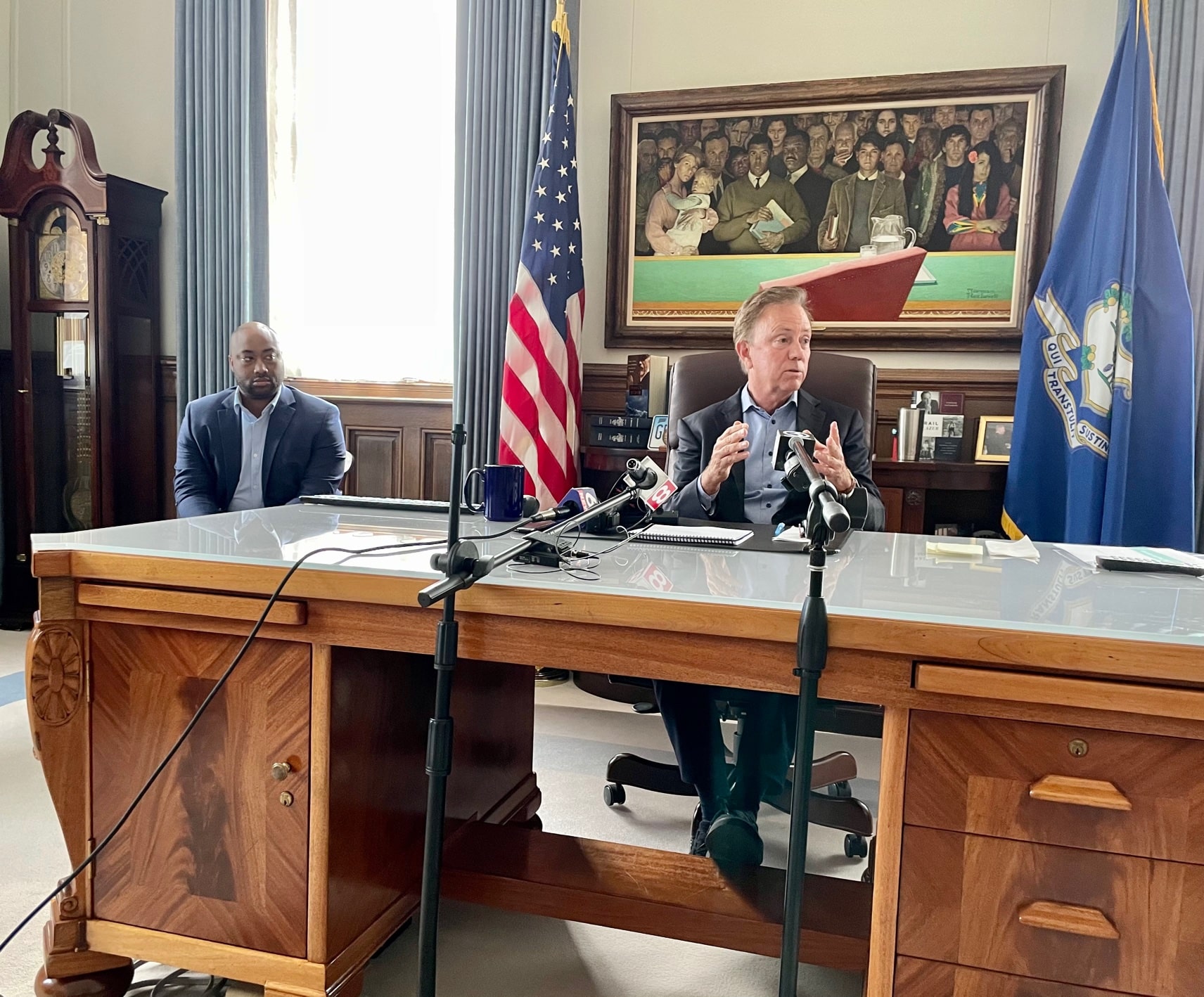 Gov. Ned Lamont talks to reporters about the tentative budget deal. At left is his chief of staff, Paul Mounds, who says cannabis legalization now will rise or fall on the ability of advocates to line up the votes.

Democratic leaders promised Lamont a vote on the truck fees, and said the Transportation Climate Initiative might get a vote this year, or might be revisited in 2022.

But neither will be included in the budget bill.

The same goes for ongoing efforts to legalize and tax the sale of marijuana for recreational purposes.

But both Candelora and Kelly predicted that it would be hard to get broad-based GOP support for any budget that includes recreational pot sales, if Democrats chose to include it in the budget bill.

And though lawmakers refer to “the budget” in the singular, the state’s blueprint for the next two fiscal years has many components.

There is a measure that actually appropriates the dollars, and that’s the bill that would draw GOP support.

But “the budget” also requires a series of policy adjustments to implement program changes and new services related to those dollars. The so-called “implementer” portion of the budget sometimes is included in the appropriations bill, sometimes in a stand-alone measure.

It’s still not clear whether that must be kept separate this year, since the implementer also is a magnet for last-minute policy changes majority Democrats want — and which Republicans generally oppose.

Similarly, the state’s two-year spending plan also is complemented by a biennial bond package, a plan to borrow billions of dollars for a host of capital projects and programs. The tentative deal will include hundreds of millions of dollars in new annual financing to support investments in poor urban centers — a key Democratic base. The bond package also might need to stand by itself, since the GOP has raised questions about both the affordability of urban bonding, and about oversight of the funding. 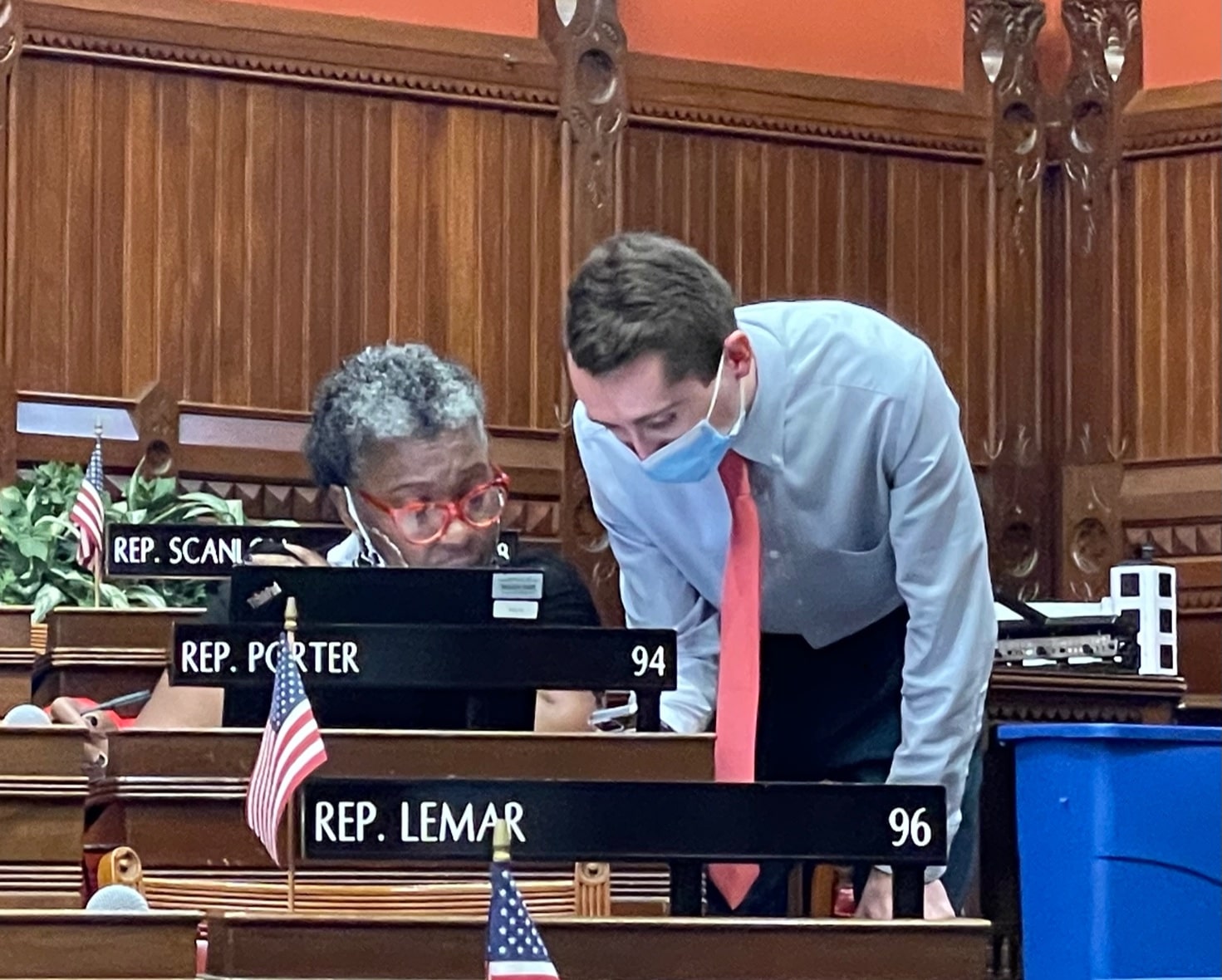 Rep. Robyn Porter, seated, may get her wish in labor language in a cannabis bill, but not her fair work week measure

Further complicating matters, both Candelora and Kelly noted GOP support for the actual appropriations still could unravel after a final, tentative package is presented Monday or Tuesday — especially if it’s laced with too many gimmicks or fiscal shortcuts.

For example, the plan does involve shifting a portion of state sales tax receipts outside of the traditional budget — and therefore the spending cap — to allow legislators to nearly double two grant programs that reimburse towns for state and nonprofit property they cannot tax. It also will boost Education Cost Sharing grants to local school districts by roughly $100 million per year by 2023.

Democratic lawmakers agreed to scale back a portion of that cap workaround to appease Lamont.

Candelora said he was pleased that the cap workaround was diminished but will be reviewing that provision closely.

“I think those concerns have to be balanced against what good proposals are in that budget,” he added.

Looney conceded that debating and voting on a budget, a related policy implementer, a bond package, marijuana, and two controversial transportation measures — all before Wednesday — is a huge task.

But he wouldn’t close the door on any item just yet.

“All of this can be subject to negotiations,” he added, “almost up to the very end.”