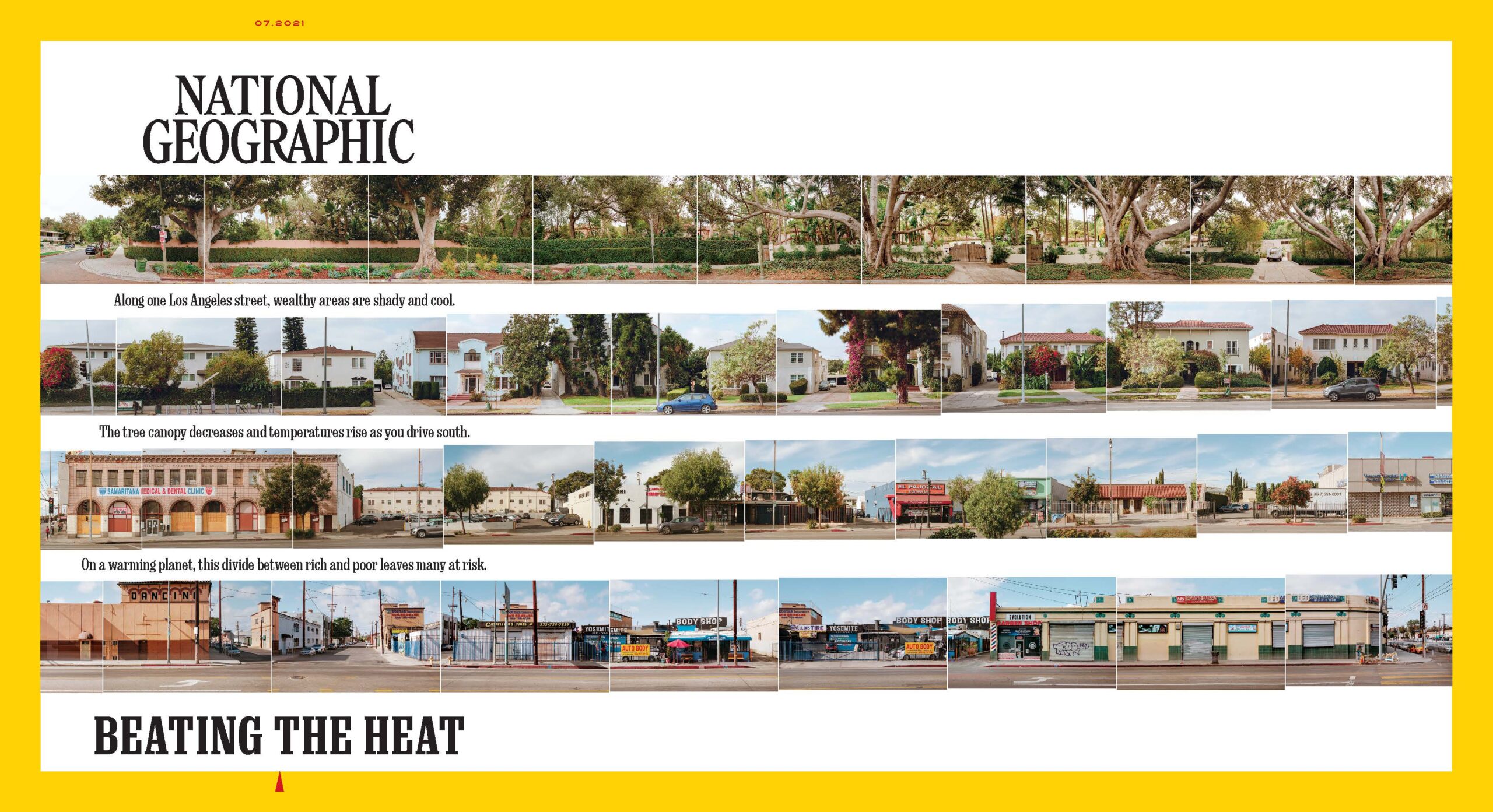 Climate change is affecting our lives, including by making cities dangerously hotter. But how does shade, and the distribution of shade, impact how people are able to deal with this?

WMNF interviewed the author of the July 2021 cover story for National Geographic magazine called “A Shady Divide.” Alejandra Borunda is a former climate scientist and writes on climate change, adaptation, and the environment.

“Shade is a really important part of many of our lives. It’s the easiest way to cool yourself off on a hot day, like many of us are experiencing across the country right now.

“It turns out that shade is really unequally distributed across cities. So people who live in neighborhoods that were formerly ‘redlined’ — that don’t have a lot of access to trees and shade and other cooling areas — are living in a world that’s much hotter than people living in more wealthy and formerly un-redlined neighborhoods.

“And as climate change continues, this disparity is only going to get more evident and more problematic.”

For more on this story, visit natgeo.com/race.

Listen to the full show here.

Also on the show former Congress member and former presidential candidate Dennis Kucinich spoke with WMNF about his new book and about how he stopped the privatization of Cleveland’s municipal utilities.